The passing of French Overwatch fan Jules ‘SKy_y’ Blanchot has prompted players from around the world to support the idea of adding a memorial to the game in his memory.

Blanchot was a superfan of Overwatch and the French national team despite his battle with Leukemia.

During his fight he received a ton of support from the French Overwatch streaming community, and Team France themselves.

Sadly, Blanchot passed away on November 20, and now fans want to see him remembered on Overwatch’s Paris map.

On November 21, Reddit user Haelwin made a post about Blanchot, and asked for support in getting a memorial for him.

“Help us getting his portrait on the Paris map as a memorial for this little angel who fought as long as he could,” the post read. “Heroes never die. #JulesOnParis” 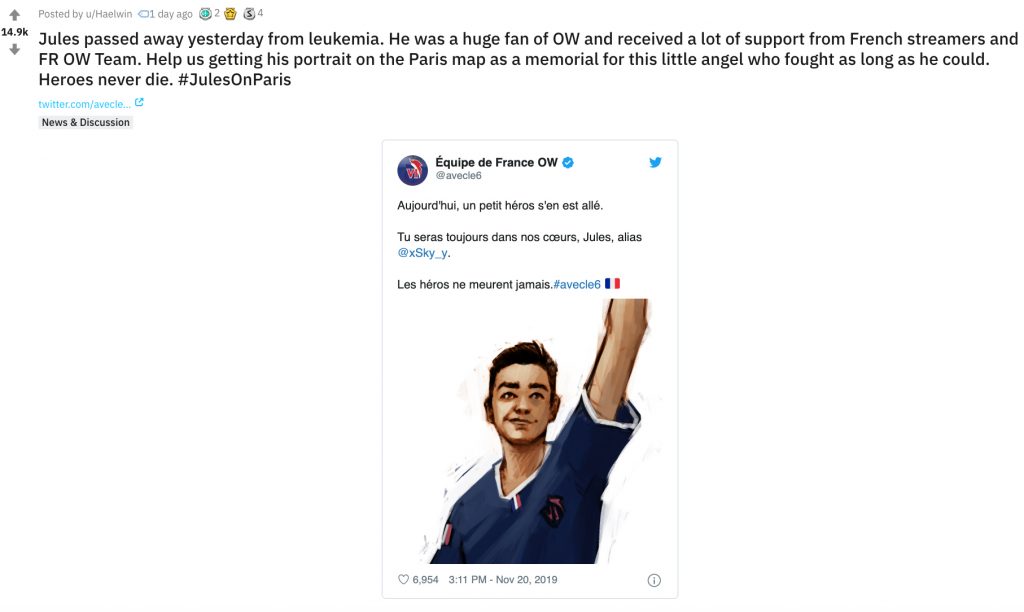 The post calling for a memorial had over 15K upvotes at the time of writing.

The French Overwatch team, who worked with streamers to send Blanchot a care package a few days before he passed, didn’t mention a memorial in their tweet about the fan, and the whole thing instead seems to have started with the French fans themselves.

“Today, a little hero has gone. You will always be in our hearts, Jules, aka @xSky_y,” the French team wrote on Twitter. “Heroes never die.”

Blizzard hasn’t responded to fans request at the time of writing, but adding something in-game to remember Blanchot does have precedent with another memorial on Eichenwalde.

In 2017, developers added a small memorial to Dennis “INTERNETHULK” Hawelka on Eichenwalde for the German Overwatch pro and coach. 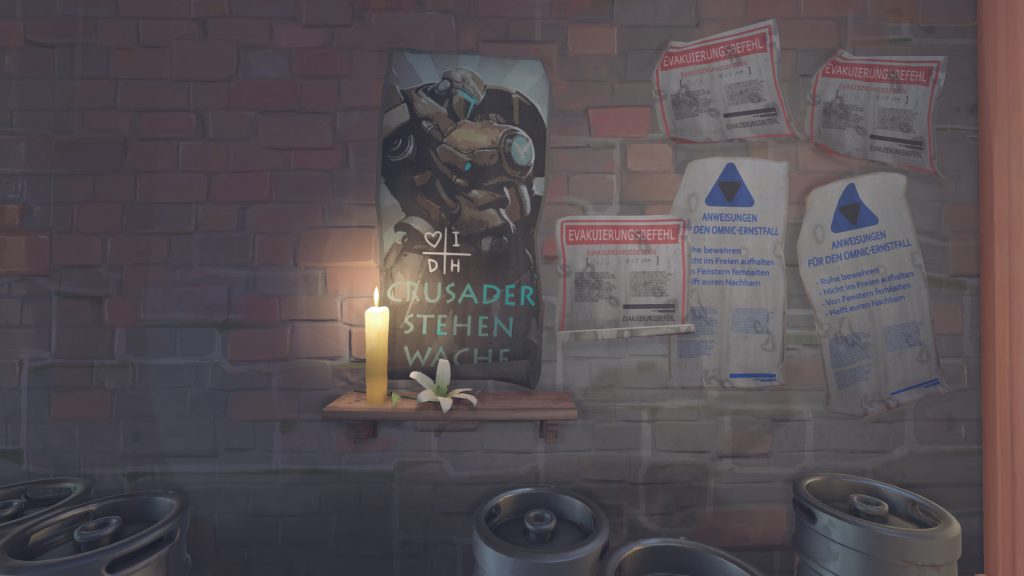 Located in the attacking spawn above some kegs, Hawelka’s memorial could be the perfect inspiration for a way to remember Blanchot.

Only time will tell if Blizzard will add an in-game memorial for the fan, but it does seem like one of those rare occasions where the entire Overwatch community is in agreement on something.