Players debate whether a leavers’ queue would work in Overwatch

Overwatch players are trying to figure out whether or not a “leavers queue” for people who leave competitive matches early would actually work.

Ask any Overwatch player and they’ll probably say that having someone leave your team in the middle of a Competitive match is one of the most annoying things that can happen in the game.

It immediately puts the team with the leaver at a 5v6 disadvantage and in most cases means an easy win for the team with all it’s players, most of the time.

The problem has been around since day one and players have been talking about different ways to fix it for almost as long, but it’s not as simple a problem as it seems. 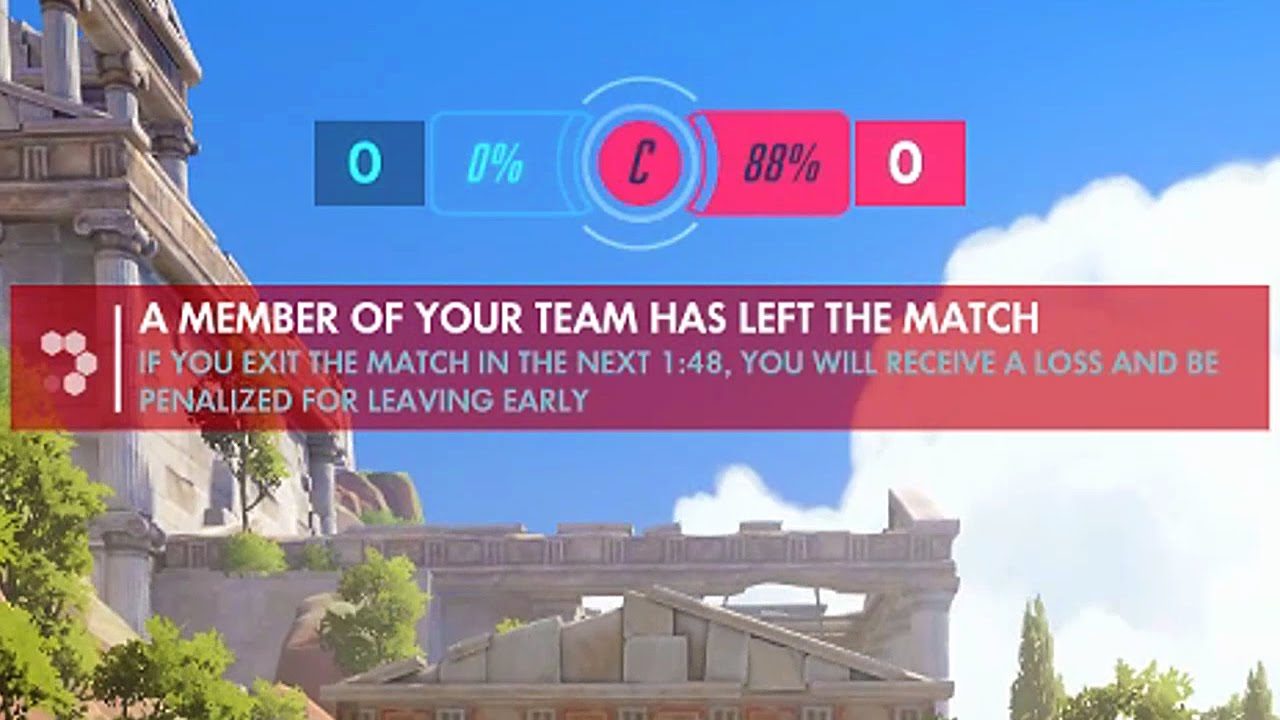 The last thing any Overwatch player wants to see during a competitive match.
[ad name=”article2″]

In a recent highly-discussed post on Reddit, user captainpotty asked if anyone had a good reason why a so-called leavers queue for players who leave during competitive matches wouldn’t work.

“If you leave a match, you’d join a queue full of other leavers,” they suggested. “To get back into the regular queue, you need to stick in an undetermined (5-10), varying number of games (regardless of outcome or other leavers on your team).”

The main point of the argument is that if you give leavers a taste of their own medicine, maybe the punishment would be more effective.

One of the major issues with this system would be dealing with players who leave matches due to disconnects, not because they choose to.

Should leavers be forced to queue up with other leavers?
[ad name=”article3″]

“It’s difficult to make it “You get punished enough you don’t leave intentionally, but you don’t get punished for a simple disconnect,” a user named Gatonom argued.

Blizzard has said they have big plans in store for Overwatch in 2019, including new social features, but whether or not a leavers queue is in the works, or ever will be, is unknown.