Winston and Hammond’s playground had a hilariously unintended impact on an Overwatch League match between NYXL and Washington.

During the third map between NYXL and Washington, the Justice were attacking point A and doing quite well, getting two ticks in.

NYXL’s Ultimates were ready however, with Libero’s Pharah ready to let her Rocket Barrage go to stop the Washington push. Unfortunately, for Libero and NYXL, the tire swing had other ideas. 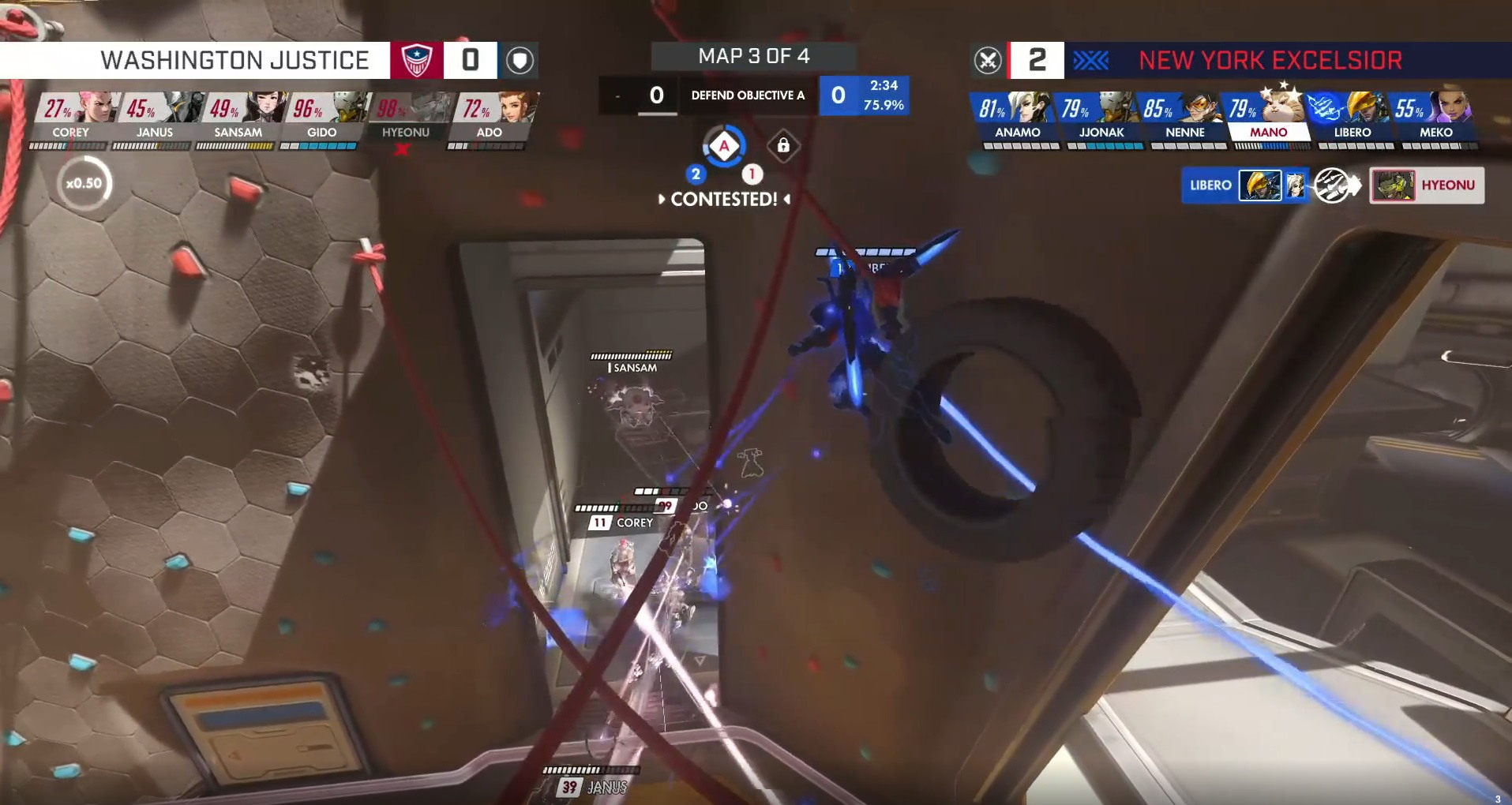 The tire had eyes for Libero.

Instead of raining rocket’s down on the choke point from safely behind a wall, the wild tire swing brought Pharah directly into a charging, Defense Matrix D.Va.

The third person angle shows the hilarious goof even better, with the initial rockets causing the swing to move.

Instead of a possible team wipe to extend the point, the tire swing fail allowed Washington to capture the point and eventually take the map.

Libero managed to find humor in the situation, tweeting out how the tire feels about him.

Fortunately for NYXL, the error didn’t affect the outcome of the match and they would go on to take the series 3-1.

Horizon Lunar Colony is a map that shows off the science lab where Hammond and Winston gained their abilities. The tire swing on point A was a training ground for young Winston and the other test subjects.