The Overwatch League is going to be implementing a new way for fans to engage in all of the action coming from Stage Four of the 2019 season with the upcoming League Picks feature.

Since Blizzard launched their inaugural season for the Overwatch League, the company has been implementing various ways for fans to immerse themselves into the competitive scene be it on social media, the All-Access Pass, and more.

So far the all-in effort from parent company Activision Blizzard has translated to a growing, rambunctious collective of fans who always seem eager to watch their favorite teams compete on the OWL stage. 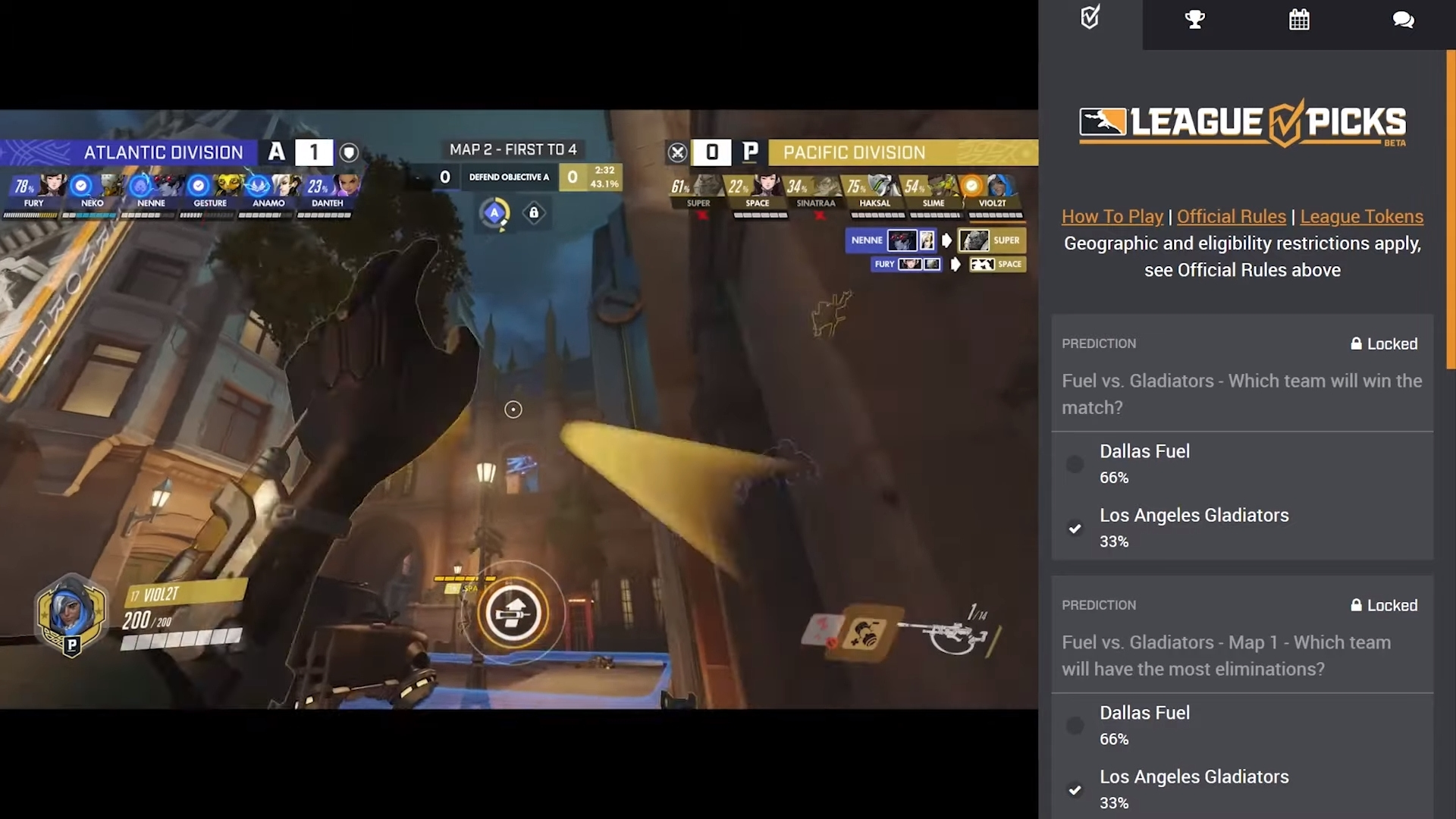 League Picks are going to be a great way to invest in all of the OWL matches.

In a July 22 announcement, the OWL showed off a feature that will add to the list of ways fans can invest in the games they love to see even more.

“How accurate are your predictions?” the OWL said. “STARTING STAGE 4: earn extra League Tokens with our game within the game!”

The new League Picks will let players make predictions of who will win a given matchup, and will reward League Tokens for the completion of Challenges. These Challenges include “Make a Pick,” “Get 1 Pick Correct,” “Get 5 Picks Correct,” and so on.

It doesn’t look like the rewards for League Picks are scaling, instead all of the Challenges will be handing out 25 League Tokens from simply making a pick to getting 500 pick correct.

After claiming League Tokens, players can use them in the game to unlock OWL team skins for any character or team they want. 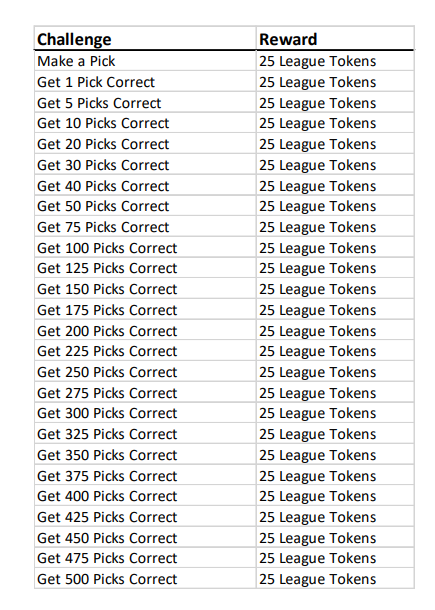 The tiers of Challenges coming to League Picks upon launch.
600[ad name=”article4″]

Fantasy sports fans with a particular interest in Overwatch have long been using third-party services such as High Noon Pick’em and Winston’s Lab to manage their leagues and players.

While the new League Picks is certainly a jumping off point for Activision Blizzard and the OWL, fans should temper their expectations while offering constructive feedback if they’d like to see a more thorough fantasy option available in the future. 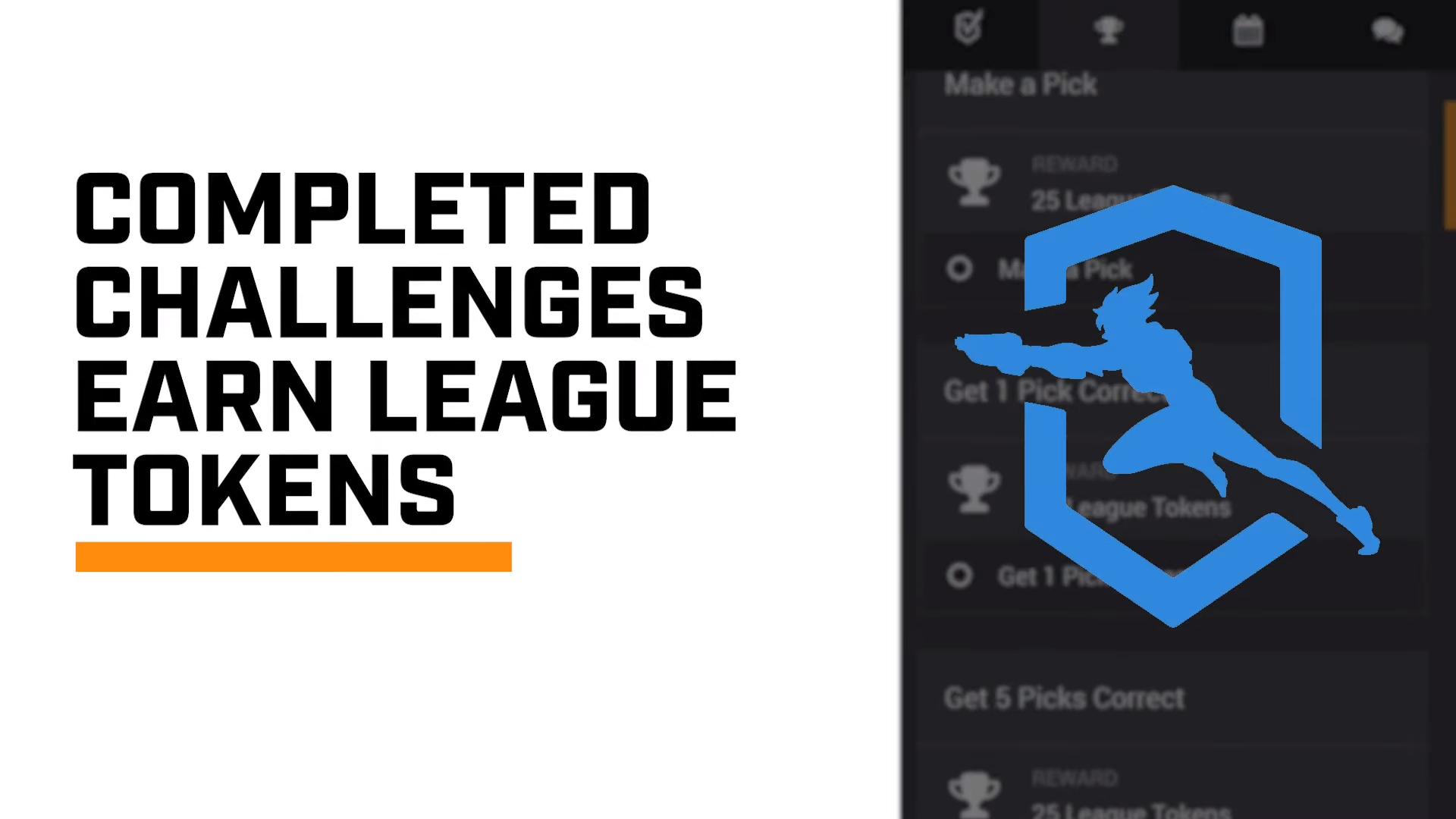 Players who love the OWL will have the easiest way of earning League Tokens so far.
[ad name=”article5″]

League Picks will be launching on July 25 when the Houston Outlaws and Paris Eternal get the OWL Stage Four underway.