So far, skins for Zarya, Lucio, Mercy and Widowmaker have been revealed in the days leading up to the start of the event on December 11.

Bastion’s Winter Wonderland skin even manages to beat out “Sugar Plum Fairy” Mercy for having the most holiday spirit this event. 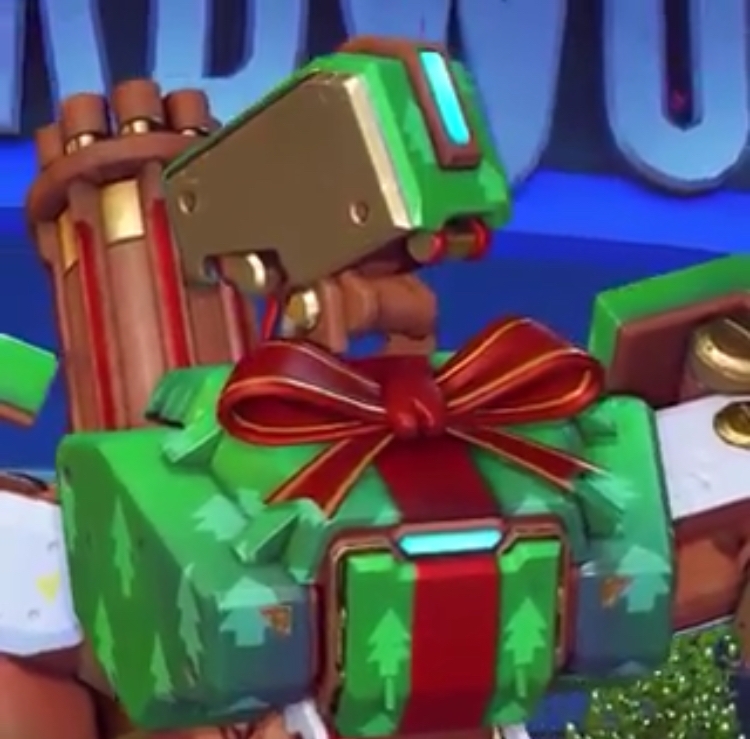 Overwatch’s favorite Omnic, despite some tough competition from B.O.B. recently, gets covered in wrapping paper and even gets a big red bow to top it all off.

Bastion’s bird/best friend Ganymede has been appropriately transformed into a Turtle Dove for this skin as well.

Keep your eyes on this prize.

“Gift Wrap” Bastion is an epic skin, so it will cost 750 coins to purchase during the event if players aren’t lucky enough to get it in a loot box.

Overwatch’s Winter Wonderland 2018 gets going on Tuesday, December 11, and we’re sure to see a few more awesome skins before then.