An Overwatch player has used the Workshop to allow Zenyatta to “walk”, but the result is a lot more unnerving than you might expect.

DarwinStreams is one of the most popular and prolific creators in the Workshop, and recently he turned his attention to one of the oldest questions in Overwatch – what if Zenyatta could actually walk?

The omnic monk does have legs, but perpetually floats with them crossed beneath him, which has long led to speculations about what it would look like if he ever chose to use them. Darwin’s attempt at finding out, however, produced something rather creepy. 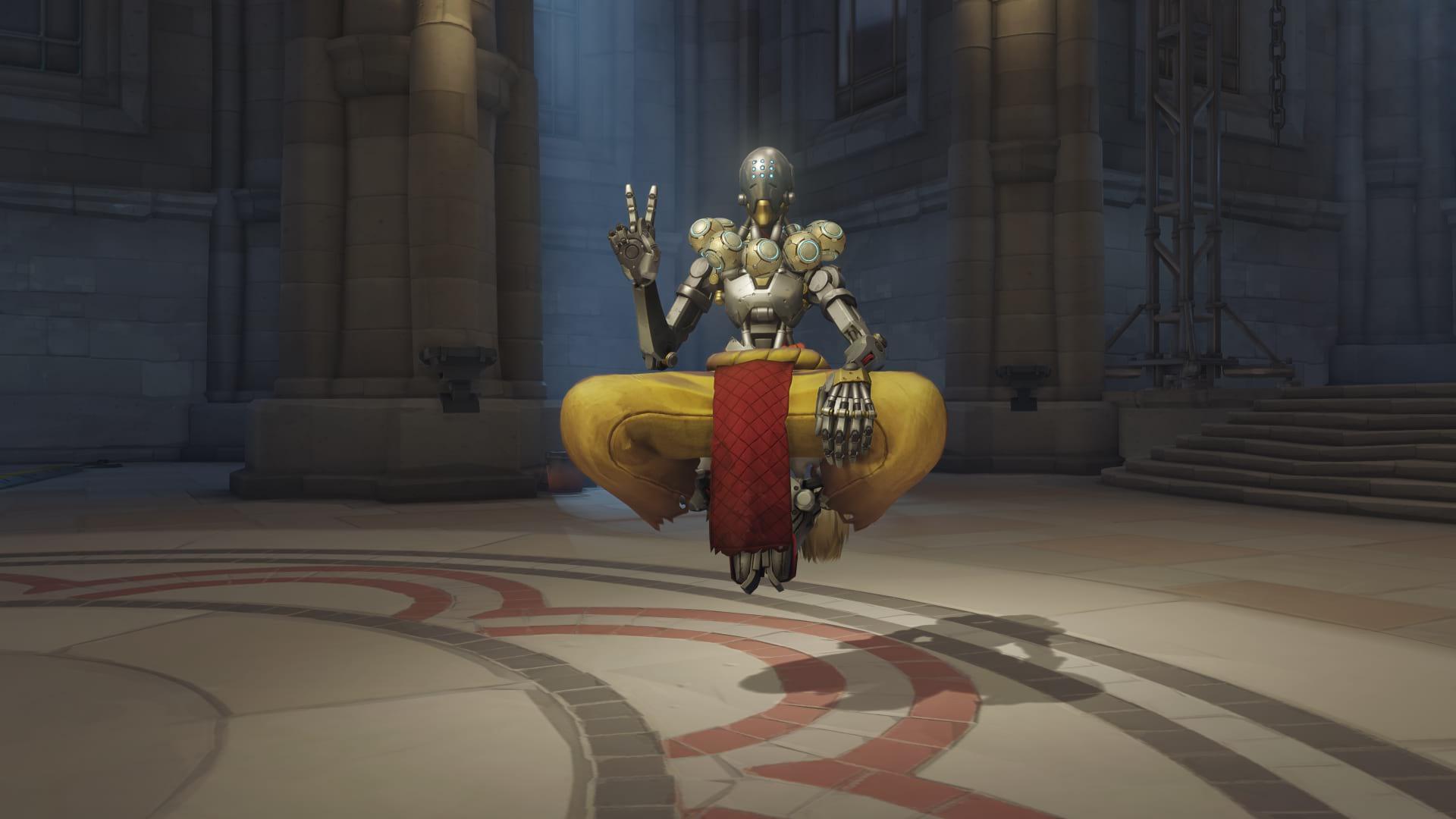 Zenyatta usually floats around the map with his legs crossed.
[ad name=”article2″]

The “walking” Zenyatta does appear to actually stand on his legs, but they don’t move as he “walks”, instead dragging along the ground as if he’s a possessed rag doll. The effect is compounded by the choice of skin, with the new octopus-themed “Zen-Nakji” look taking on a much more sinister aesthetic in this pose.

I finally made Zen walk! In his own way… [workshop by DarwinStreams] from r/Overwatch

Darwin might be responsible for the most popular Overwatch Workshop mode in the world as of June 28 – OverFighter, an Overwatch fighting game – but his latest creation didn’t go down quite so well with fans.

“This is the single most cursed thing I have ever fucking seen,” one commenter stated, while another detailed the range of emotions he experienced upon seeing the video:

“My body went from confusion, to nausea, to acceptance, to primal fear in about 4 seconds and I’m pretty impressed I could look directly at this lovecraft-esque monster. Thank you.”

The Workshop doesn’t let players make actual changes to the character models or animations, or introduce their own, so the kinds visual adjustments like this that can be made are very limited. While Darwin doesn’t explain exactly how he accomplished the “walking” Zenyatta, it appears he might have locked him into his “jumping” pose, which is one of the only times he straightens his legs.

This isn’t the first time that Zenyatta has been made to “walk”, although last time it was Blizzard themselves who produced a rather more hilarious iteration of the omnic monk.

Darwin refrained from offering a share code for his latest creation, so those with a morbid curiosity will have to satisfy themselves with the video of his “walking” Zenyatta.