Fighting a good Tracer in Overwatch can be a nightmare, especially when you don’t have a counter to her Pulse Bomb ultimate. However, as Contenders star Patiphan Chaiwong discovered, Widowmaker has an unlikely tool to protect against the lethal ability.

During a round of Busan, Patiphan set his sights on an enemy Widowmaker and honed in for the kill with the primary fire, but after needing to reload, decided to hit Q and launch his Pulse Bomb at the sniper’s head.

Pulse Bomb’s damage numbers would have been more than enough to kill the half-health Widowmaker. The explosion itself does 350 damage and there’s even an extra five damage if it sticks. But what’s crazier is that the stick can actually headshot, meaning that in total, Pulse Bomb can do 360 damage. 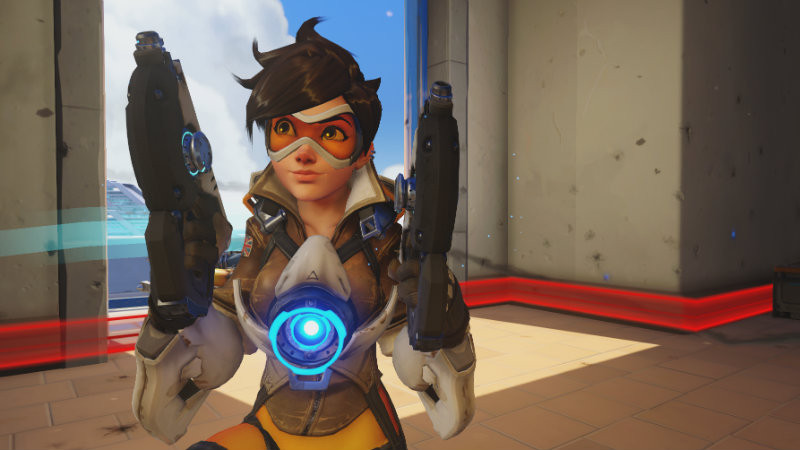 Tracer can be one of the most difficult heroes to deal with. Unless…
[ad name=”article2″]

Unlucky for Patiphan, he didn’t count on the Talon agent using Venom Mine at the exact same time the Pulse Bomb was sent flying. As a result, the bomb hit the mine and never attached to the Widowmaker letting her survive.

The Thai DPS prodigy was so impressed with this play, he took a look at it in the replay feature and posted it to Twitter, writing that he “got rekt” by the mine.

I got rekt by venom mine pic.twitter.com/TifNxevqur

Aside from dodging the Pulse Bomb, there’s normally very little that players can do to avoid getting stuck when the bomb is getting tossed. D.va and Sigma have the ability to eat it using Defense Matrix or Kinetic Grasp and Genji can deflect the bomb back.

Most other counters involve the use of some type of defensive ability after the bomb had already connected such as Reaper or Moira fading away or Zarya activating her protective barrier.

If you’re a Widowmaker player getting harassed by a Tracer, using Venom Mine this way can be the difference between life and death.

This may not be the craziest Pulse Bomb outplay in history though. Former Dallas Fuel star Hyeon ‘EFFECT’ Hwang went viral in 2017 after getting stuck by an enemy Tracer on Lijang Tower.

Instead of simply using Recall to cause the bomb to drop off him, EFFECT blinked into his opponent and then Recalled using the Ultimate against his enemy.

Only time will tell what the next great big brain Pulse Bomb counter is.