Overwatch gave fans a great surprise on January 7 when they released a new short story focused on Ana that provides a ton of lore on the character, and teases an awesome new skin for her as well.

Previously, Overwatch has released comics and cinematic shorts to hash out most of the lore in the game for different characters and events.

The last cinematic short to come out was “Reunion”, which introduced fans to the newest Overwatch hero Ashe and her Omnic sidekick/butler B.O.B.

The short story, which can be read here, focuses on Jack Morrison (AKA Soldier 76) and Ana as they clean up Cairo and encounter Reaper, and tells the story of how Ana creates her latest skin: Bastet.

The skin is revealed at the end of the story and it looks pretty awesome. The skin is called Bastet and it’s named after the ancient Egyptian cat-headed god that was charged with protecting the pharaohs.

Ana’s skin features a cat mask that gives her Tal skin a run for its money, and a color scheme that would fit right into the Temple of Anubis map. 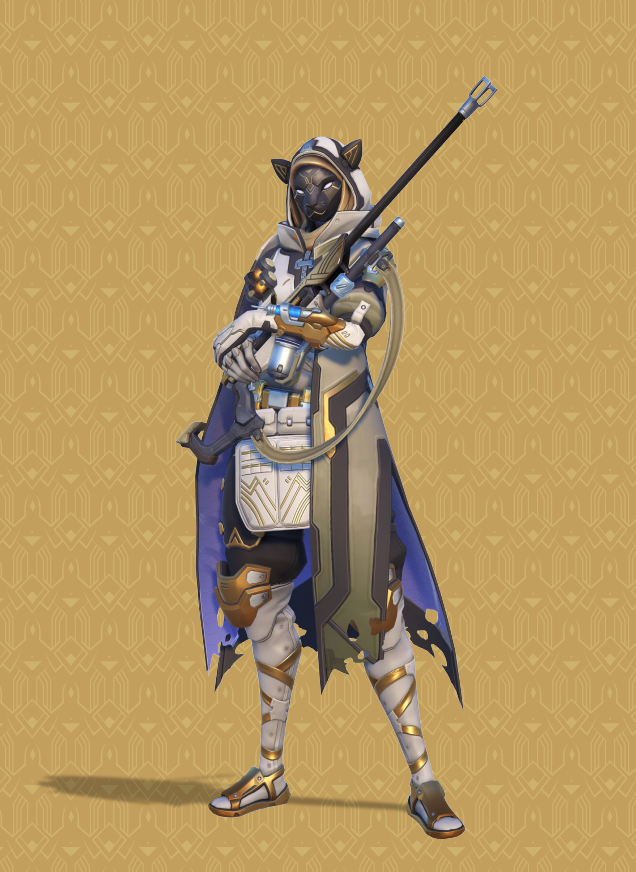 A new Ana skin called Bastet is previewed at the end of the short story.

It’s also hinted at in the story that Soldier: 76 had a boyfriend back in the Overwatch days, but hasn’t seen him since the disaster in Switzerland.

Overwatch shared the story and the new skin on Twitter with fans, but didn’t give any indication about when the new cosmetic would be available.

But, Overwatch Director Jeff Kaplan did hint on the official Overwatch forums at a “cool little surprise” coming next week along with a balance patch.

Maybe the surprise will be this new Ana skin, and a few other new skins for heroes who got left out of the Winter Wonderland event.