Overwatch revealed another new Storm Rising Archives event skin on April 12 for McCree that takes him back in time to when he was a part of the Deadlock Gang with Ashe and B.O.B.

The Archives Storm Rising event is set to begin on April 16 and McCree’s is the fourth skin to be revealed so far.

He was included in a leak of new Storm Rising skins on April 9 along with Baptiste so at this point it’s probably safe to say skins for Bastion and Ashe, also named in the leak, are still on the way. 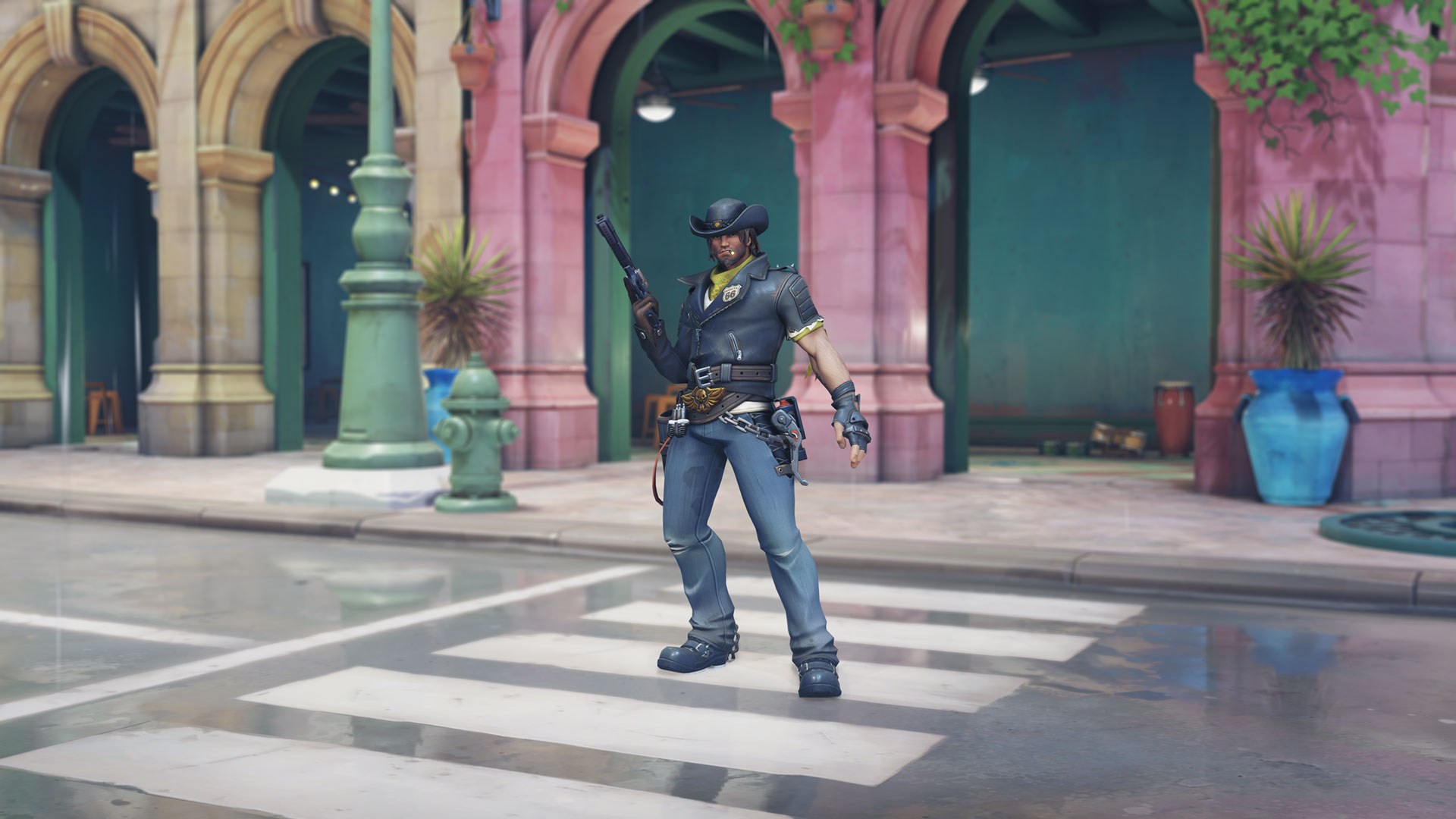 You can tell the skin is from the past because McCree has a real left arm.
[ad name=”article2″]

According to Ashe’s Origin Story and the Reunion cinematic, McCree was a part of Ashe’s Deadlock gang before some kind of falling out happened between the two.

McCree looks a lot younger in the skin and has a real left arm, instead of his robot arm in the present day.

With jeans and a leather jacket he looks like a biker/outlaw, but there’s just something about that hat that’s not really intimidating at all.

The skin does raise an interesting question though, when and how did McCree lose his arm? It has the Deadlock tattoo on it, so did the gang decide to take it back when he left?

Saddle up with the infamous outlaw gang. :cactus:

Go on the run as DEADLOCK MCCREE (Legendary)!

Will Ashe get a Deadlock skin too?

McCree getting a Deadlock skin makes the chances of Ashe/B.O.B. getting one pretty good as well, but we’ll just have to wait and see for sure.

B.O.B.’s player icon in the April 9 leak didn’t show much other than he had a monocle, which is a very important development all its own, but doesn’t really give away if he and Ashe’s new skin will be Deadlock themed as well.

So far, Baptiste, Junkrat, Moira and now McCree have officially had skins revealed for Storm Rising and there are sure to be plenty more coming in the days leading up to the beginning of the event.