An official origin story video for the hero was released at 5 p.m. pst on Monday, February 25; and other then a strong indication he’s a support character, it really doesn’t reveal too much about his abilities.

There’s also no official release date for the new hero just yet, but we expect it to come out sometime within the next few days.

There’s a good chance Baptiste is a support character, because the images in the origin story show him with health packs.

He also has the line “You helped your friends and you hurt anyone who got in your way.” Which could indicate he’s a support with the ability to deal damage.

At the end of the official YouTube video posted by Overwatch, Baptiste’s in-game model can be seen, and part of his weapon.

In one of the illustrations during the Origin story, Baptiste appears with what looks like a grenade launcher type weapon on his shoulder. 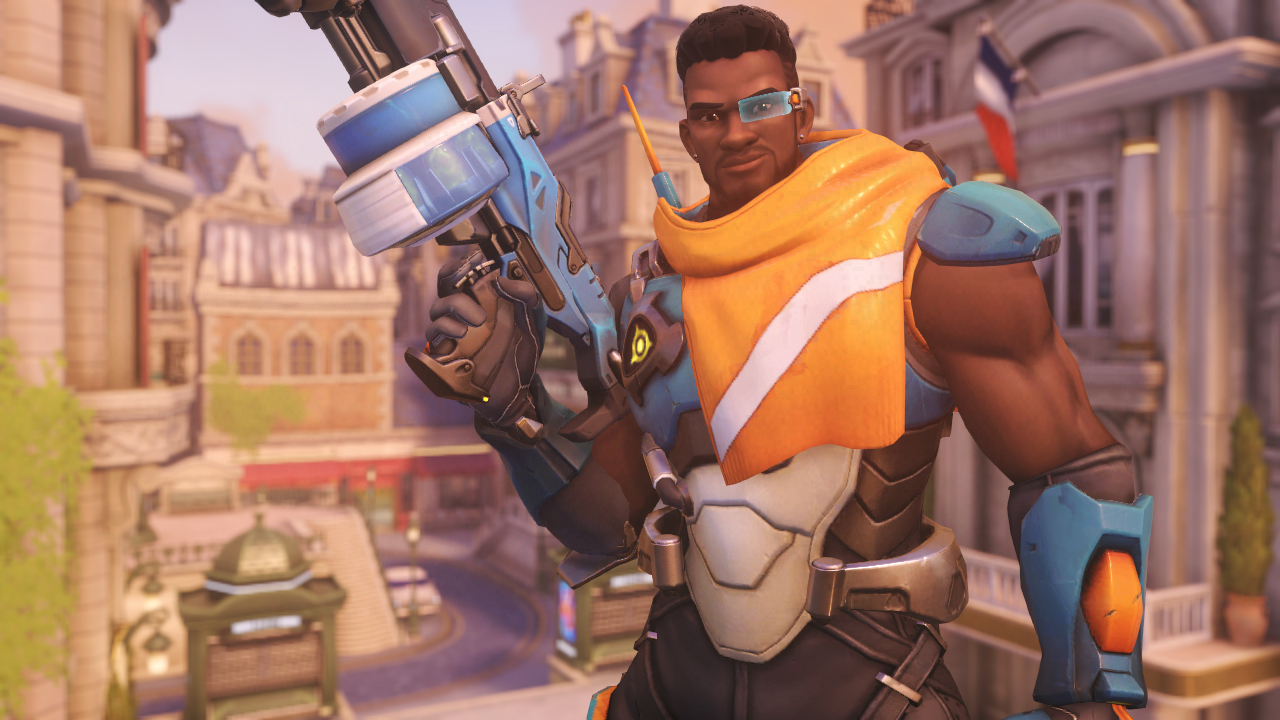 If you look closely at Baptiste’s weapon, there appear to be two triggers, which could mean the hero has an alternate fire, of some kind, included in his kit.

Just what exactly Baptiste’s abilities, kit and ultimate consist of are still unknown, but players should find out very soon.