Asking was playing on the offensive side of Hollywood’s second stage when he was forced to get creative in order to help his team.

Having secured the first point, Asking’s team began their push through stage two, making their way up the street where they clashed with the opposing team.

Asking had been looking for a Graviton Surge opportunity at the beginning of the fight, but after being downed by the enemy’s Earthshatter he was quickly sent back to the spawn room.

The fight went on in his absence, however, and as Asking respawned he realized that his ultimate might still be able to save the fight. Unfortunately, there was a building between himself and even getting line-of-sight on the battle. 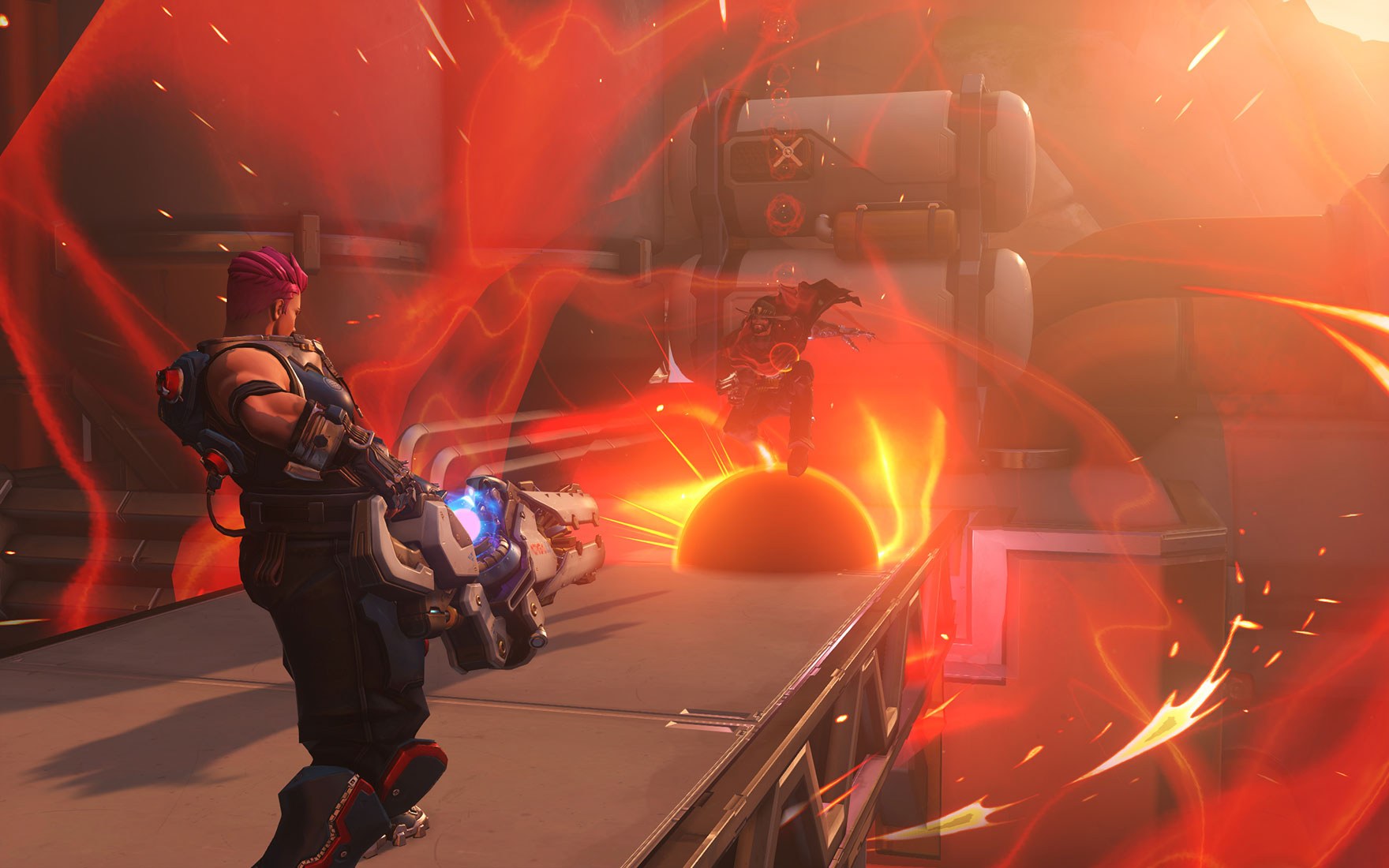 Zarya’s Graviton Surge can be one of the most powerful ultimates in Overwatch if it lands well.

Realizing he’d need to improvise if he were to save his team, Asking quickly estimated the correct line-up, and then sent the Graviton almost vertical, over the tall building ahead of him. As he came around the corner, he realized that the landing had been perfect, and his team were subsequently able to clean up the fight.

Although such a move is obviously a bit of a risk to take with such a valuable ultimate ability, pulling it off certainly left Asking looking like a genius.

Asking is currently a player for Uprising Academy, the North American Contenders team of the Boston Uprising. The team finished in the top-eight of Season 3 after losing to XL2 Academy in the quarter-finals.