Overwatch pro has some strong feelings on Brigitte - Dexerto
Overwatch

Overwatch pro has some strong feelings on Brigitte

Brigitte is probably the most controversial hero in Overwatch right now, and Contenders player Kim ‘DELETEBRIG’ Han-Byeol has made his own statement on the hero with his username.

Contenders has been under the spotlight recently after being criticized for changes that some say are making it more difficult for players to make it as a professional Overwatch player.

Despite this recent controversy, at least one player is using the opportunity to let his feelings on one pesky character be known.

During a match between ReStart and Flag Gaming, Reddit user ryancentral noticed a player named ‘DELETEBRIG’ and posted a screenshot to Reddit.

Han-Byeol has previously played in Contenders under the name ‘Raphael’, but apparently changed his name because he had a point to make.

What’s really interesting is DELETEBRIG is competing on a team in Contenders, which is owned and operated by Blizzard, which definitely does not look kindly on this kind of statement. 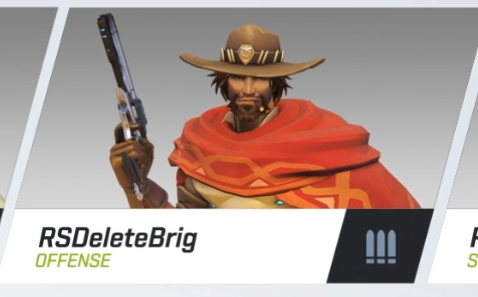 Time will tell, but DELETEBRIG might not last much longer because Blizzard will probably ask him to change the name.

Blizzard have been no strangers to requiring players in their leagues to abide by certain rules, even forcing Atlanta Reign pro Daniel ‘Dafran’ Francesca to remove the controversial Pepe emotes from his Twitch channel after joining the Overwatch League.

Still, it does send a message that even players in one of the top Overwatch competitions aren’t satisfied with the current state of the game.