Recently, Overwatch players found out that you could seriously mess with the shark hanging behind the first point on Blizzard World, and they haven’t given him a break since.

Blizzard World was added to Overwatch after being revealed at BlizzCon 2017 and one of the first things players discovered was that the hanging shark could be moved.

However, by the time Wrecking Ball came out in July of 2018, people seemed to forget about the shark (which is actually an homage to Booty Bay in World of Warcraft), until a few days ago. 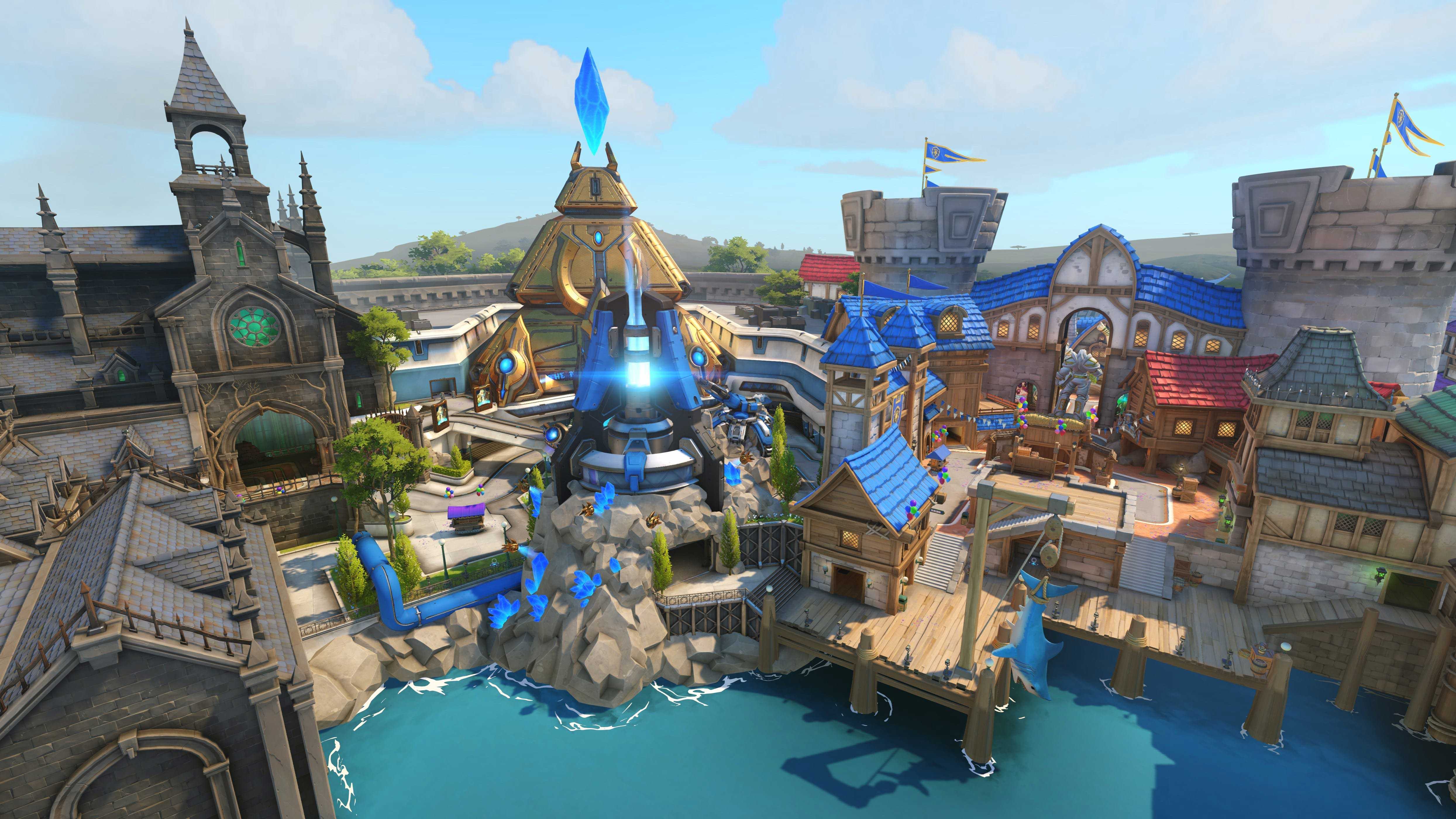 On April 3 a Reddit user by the name of Thad1121 posted a clip of what they called a “new Hammond rollout” when it was actually just Wrecking Ball and Mei breaking the game’s physics with the shark.

The hamster tank can use his grapple to hook on to the giant fish and swing around, but that’s only half of what’s required to make things get weird.

New hammond roll out from r/Overwatch

Next, you need Mei to put her Ice Wall up on the shark, which when done at the same time Hammond is hanging on, will cause it to swing around wildly and stretch out like a rubber band.

But that didn’t go far enough for another Reddit user named Zday89, who decided to see what happens if you attach more than one Wrecking Ball and try the same thing.

Honestly, there doesn’t seem to be too huge of a difference between one and three Hammonds, although it’s still hilarious to see just how far the shark can stretch.

The elastic monster can practically reach Murloc Island to one side and could easily go as far as the first point to the other. It can even get stuck and pop its head through the wall to greet you in the second attacking spawn inside of Snaxxramas.

Before we get mad at Blizzard for putting a dead shark in their game, and at players for abusing it, it’s important to remember that it’s not a real shark.

Obviously it’s just a video game, yes, but think about it: Blizzard World is a theme park in the world of Overwatch that recreates various Blizzard games, so why would they have a real-life shark on display? When they could use, say, a rubber or plastic one that could stretch out and be just fine after.