An Overwatch player has come up with a dramatic idea to fix Bastion, who has long struggled to find a satisfactory place in the game.

Bastion has always been troublesome due to the unique playstyle his design enforces, as in order to be most effective he must remain stationary in turret form as much as possible.

To make up for this downside, Bastion has one of the highest damage outputs in the game when allowed to unleash his turret uninterrupted, meaning he can rip through teams when positioned well and properly protected.

The trouble with this has often been that Bastion rarely strikes a balance within an individual game – either he is easily shut down or required to move too much, making him frustrating to play, or he can be frustratingly oppressive to play against when he manages to get set up properly.

In an attempt to find a solution that makes Bastion a less frustrating hero for all involved, u/ironangel2k3 has suggest a dramatic change – to turn Bastion into a tank. 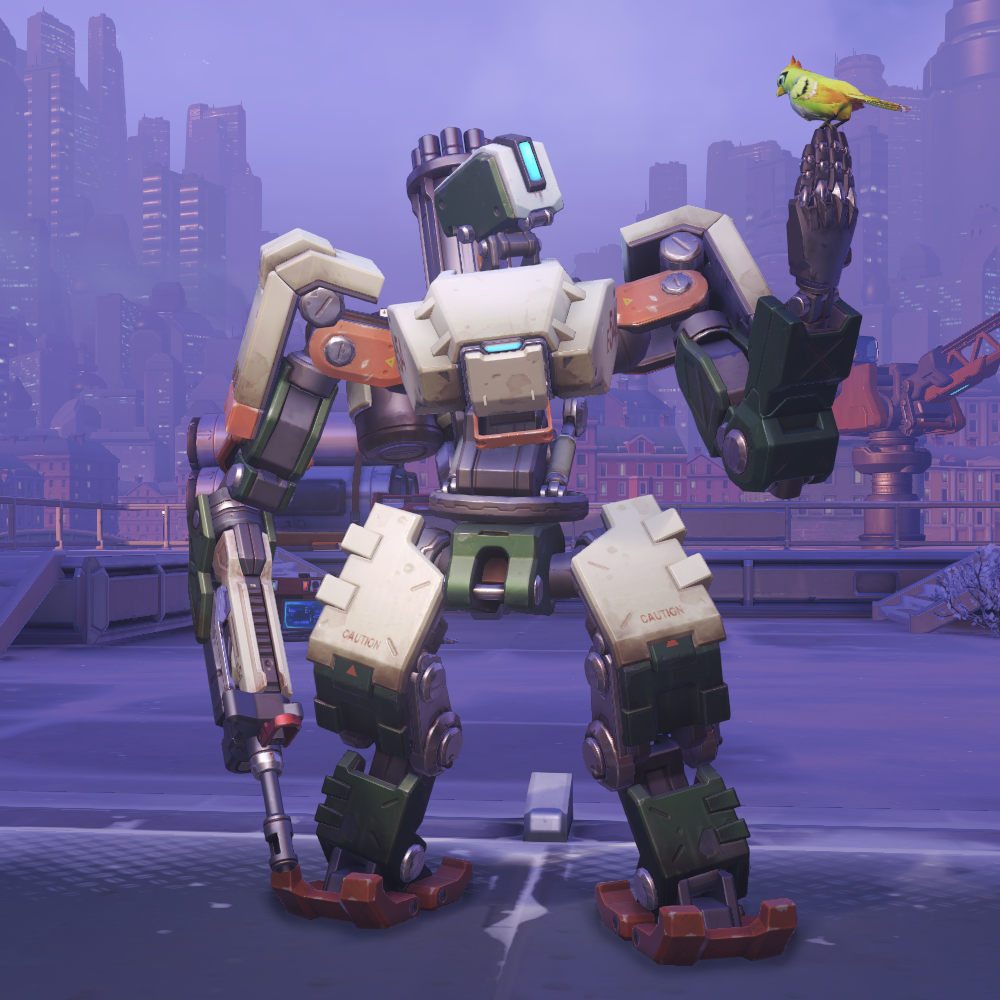 Bastion has long been one of the more awkward Overwatch heroes to play around.
[ad name=”article3″]

While such an overhaul might seem rather left field for a hero who currently provides no utility at all and whose only purpose is to deal massive consistent damage, the concept does have some solid reasoning behind it.

In u/ironangel2k3’s concept, Bastion would fill the off-tank position, the unofficial sub-division of the tank role occupied by the likes of Zarya, D.Va, and Roadhog. Off-tanks are designed to offer a bit more utility and help make space for the team, compared to the “main tanks” like Orisa, Reinhardt, and Winston who provide more direct protection with their shields.

The off-tank Bastion would have more armor and deal slightly less damage, but could act as an anti-shield pick, with the prevalence of shields being a common frustration with some players recently, without taking a Damage spot, and making it more viable for him to demand the attention from Tanks and Supports that he typically does. 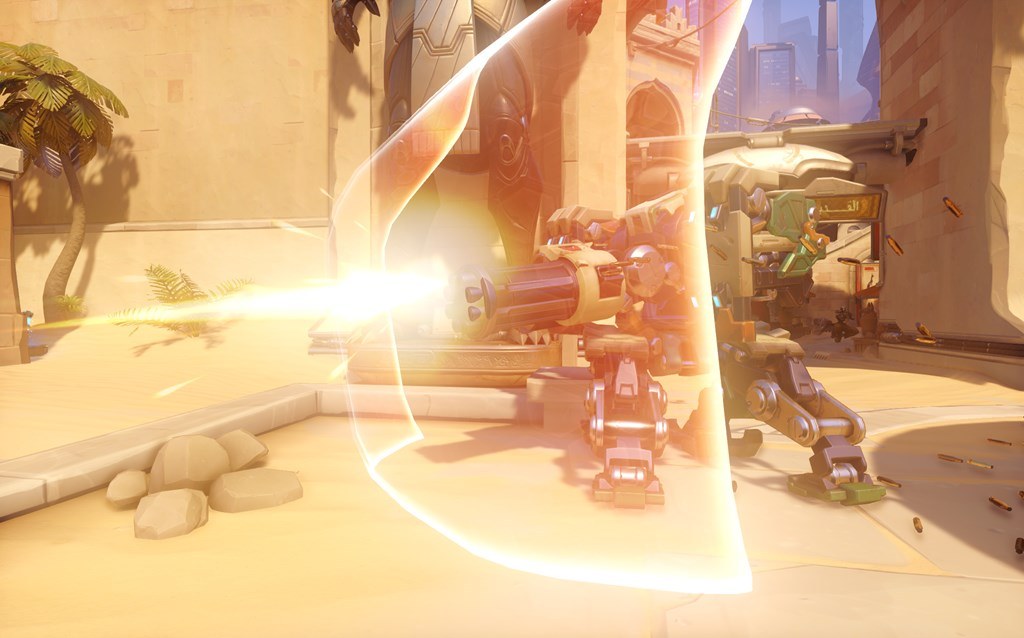 Bastion would once again have a shield – but only for a very short window.

To prevent him from being easily countered by crowd control, u/ironangel2k3 suggests a new ability called “Flash Shutter” which would grant him a very brief shield or a short cooldown, allowing him to protect against the likes of a sleep dart, but only with the proper timing – more of an active “parry” than a sustained shield.

To prevent the damage output from being too ridiculous when combined with two other Damage heroes, u/ironangel2k3 would also give his turret rail gun a “spin-up” time, meaning that he’d need to maintain consistent fire in order to output his maximum damage.

Whether or not Blizzard would ever consider such a drastic change for Bastion remains to be seen, but the idea proved a popular one with players on r/CompetitiveOverwatch, and changing Bastion’s role would also offer more options to Tank players, compared to the Damage class which features far more heroes than the other roles.