The Shanghai Dragons are the Stage 3 champions of Overwatch League Season 2 after defeating San Francisco Shock in a thrilling seven-map final.

The Shock were seemingly on track to secure back-to-back stage titles, replicating New York Excelsior’s Season One feat, but an incredible underdog run from the Dragons saw the Shanghai team steal the crown.

The Dragons only just managed to secure a spot in the stage playoffs, entering as the eighth and final team, but once there they pulled off an incredible run. First, they took down New York Excelsior, who had been undefeated in the Stage 3 regular season, before beating Stage 1 champions and overall league leaders Vancouver Titans.

In the final, Shanghai got out to an early lead, winning three consecutive maps to earn four match points, but the Shock were able to battle back to a tied series, just one game away from securing the reverse sweep. On the final map, however, it was Shanghai who finally found the last win they needed to take the title.

The result marks an incredible turn-around for the Dragons since their abysmal season one, in which the team failed to win a single match in the entire season, famously finishing with a 0-40 score-line. A dramatic rebuild of the squad has turned them into a legitimate contender in the second season, however, despite now competing against more teams. 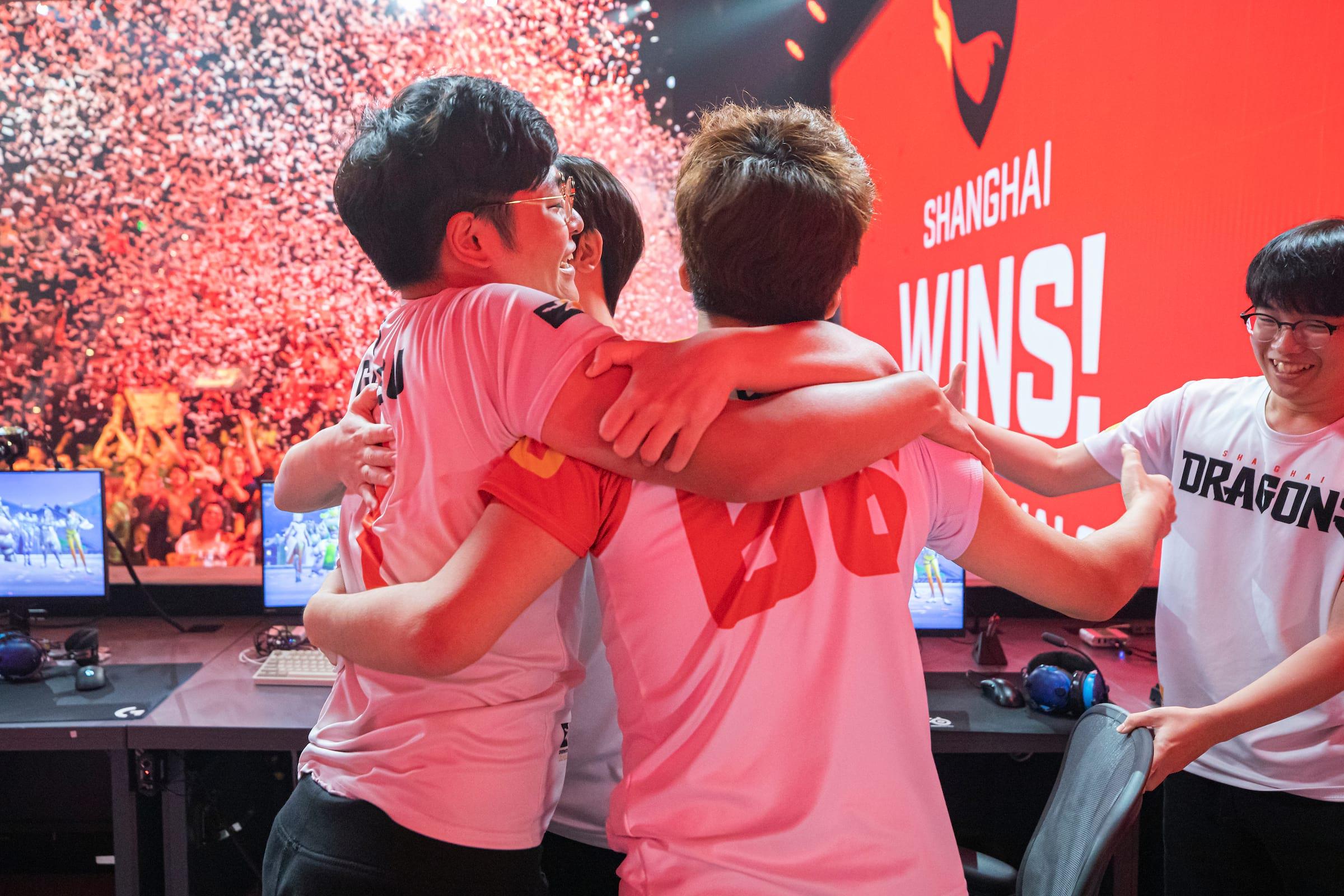 Shanghai Dragons DPS player Yang ‘DDing’ Jin-hyeok was named MVP of the match, and it’s not too hard to see why, with some particularly impressive performances on Pharah throughout the series.

His play was well-supported by his team, however, with Support Son ‘CoMa’ Kyung-woo earning praise for going beyond the call of duty for a Mercy and body-blocking for his team-mate, allowing DDing’s Pharah to pull off a big Rocket Barrage without being eliminated, as is usually the sacrifice for using Pharah’s ultimate.

DDing wasn’t the only Shanghai DPS player who impressed, however, with his hitscan counterpart Bae ‘Diem’ Min-seong showing off some incredible Widowmaker mechanics as well.

Eager to get in on the action, Shanghai’s Jin ‘Youngjin’ Yong-jin also showed off his incredible mechanics with Doomfist, completing a stunning trifecta of Dragons damage that was instrumental in defeating the San Francisco Shock.

Unlike in Season One, Stage 4 of Season Two will not feature a stage playoff, as it will be followed by the overall season playoffs, meaning that Stage 3 was the last opportunity for teams to grab a stage title.

The Dragons will undoubtedly be looking to secure one of the six guaranteed playoff spots with a strong fourth stage, as they currently sit in eighth place in the overall standings.