Overwatch League Season Two doesn’t get started until early 2019, but we already have an idea of what the first week of matches will look like.

Watchpoint is an Overwatch talk show that happened weekly during the season on the official Overwatch League Twitch channel.

In addition to eight new teams, there are also a number of schedule changes to make matches easier for fans outside of North America to watch and changes to the Stage and Season Playoffs. 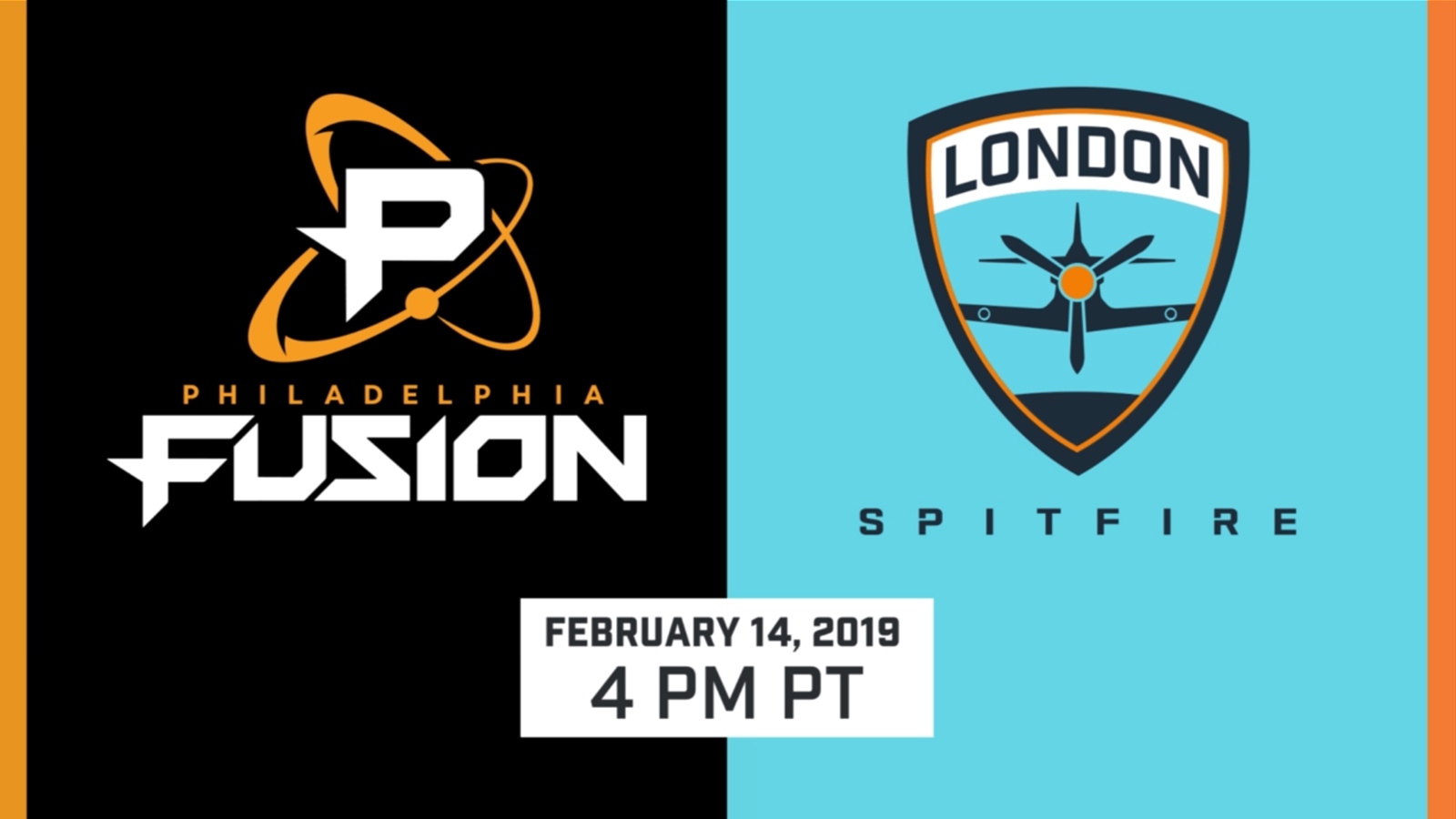 The first match of the 2019 season will be a rematch of last year’s Grand Final between the Philadelphia Fusion and the London Spitfire on February 14 at 4 PM PT.

Even though it’s the same teams from the Grand Finals, each roster has seen some pretty significant changes during the offseason.

The first day of Season Two will also see Boston take on New York, Seoul battle the Gladiators, and the first outing for the new Hangzhou Spark against Shanghai, which means an Overwatch League team from China will finally have a win, no matter what. 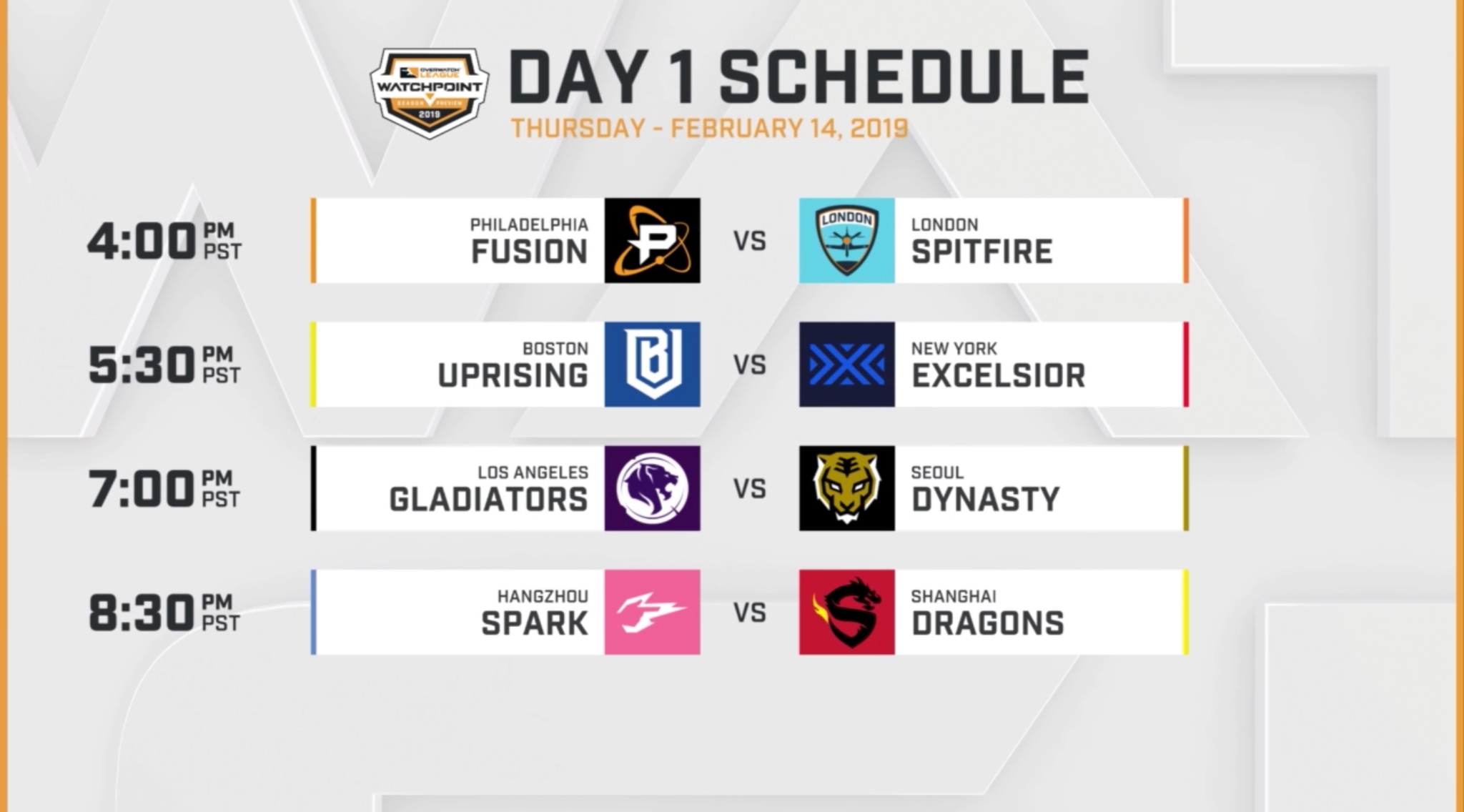 Day Two of Week One will include matches from several new expansion teams, including the Toronto Defiant facing off against the Houston Outlaws, and the Guangzhou Charge taking on fellow newcomers the Chengdu Hunters. 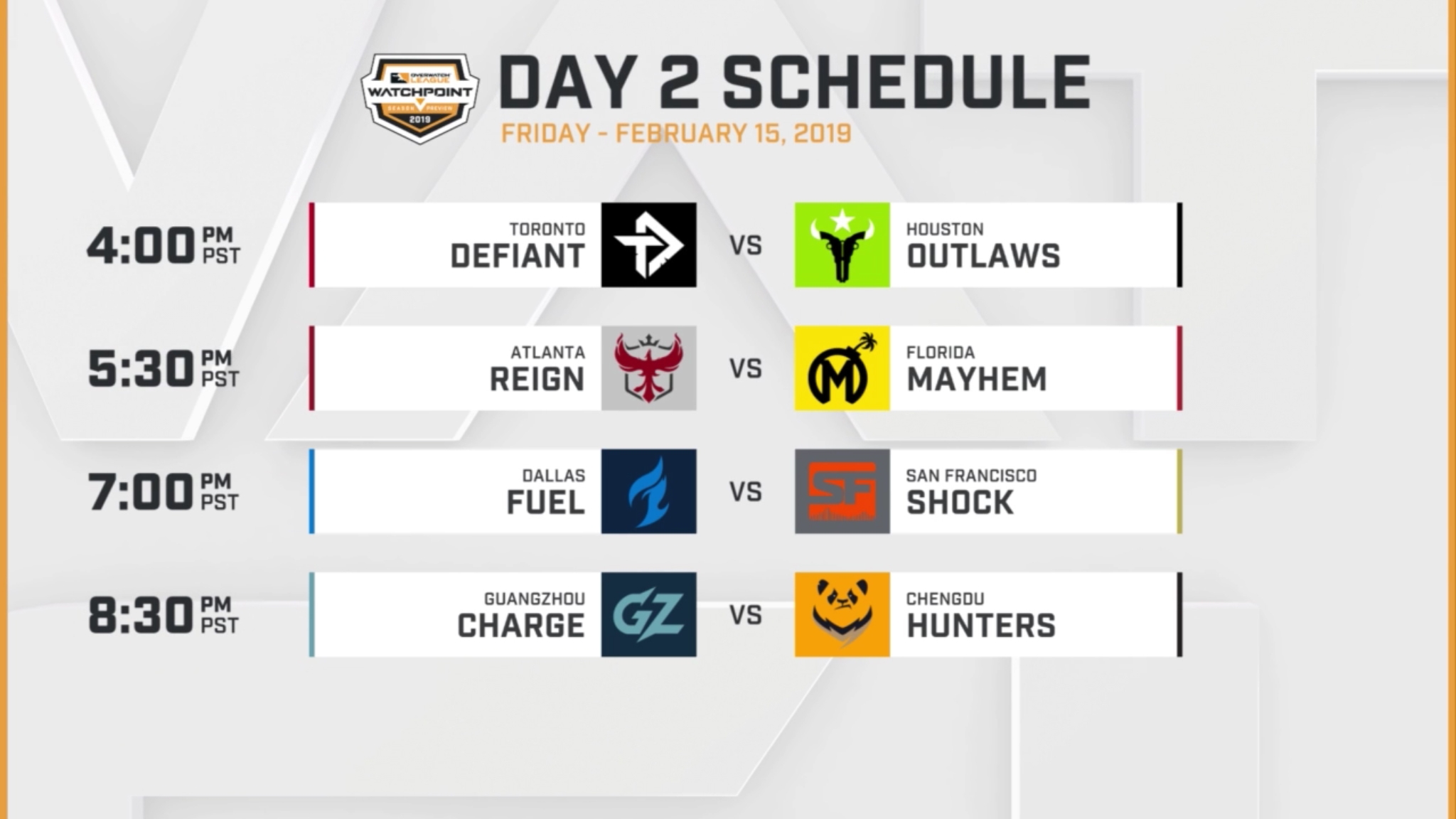 Day Three, Saturday, has the first match for the L.A. Valiant, who face off against Hangzhou. Paris will debut against the Spitfire and Vancouver will take on Shanghai on February 16 as well. 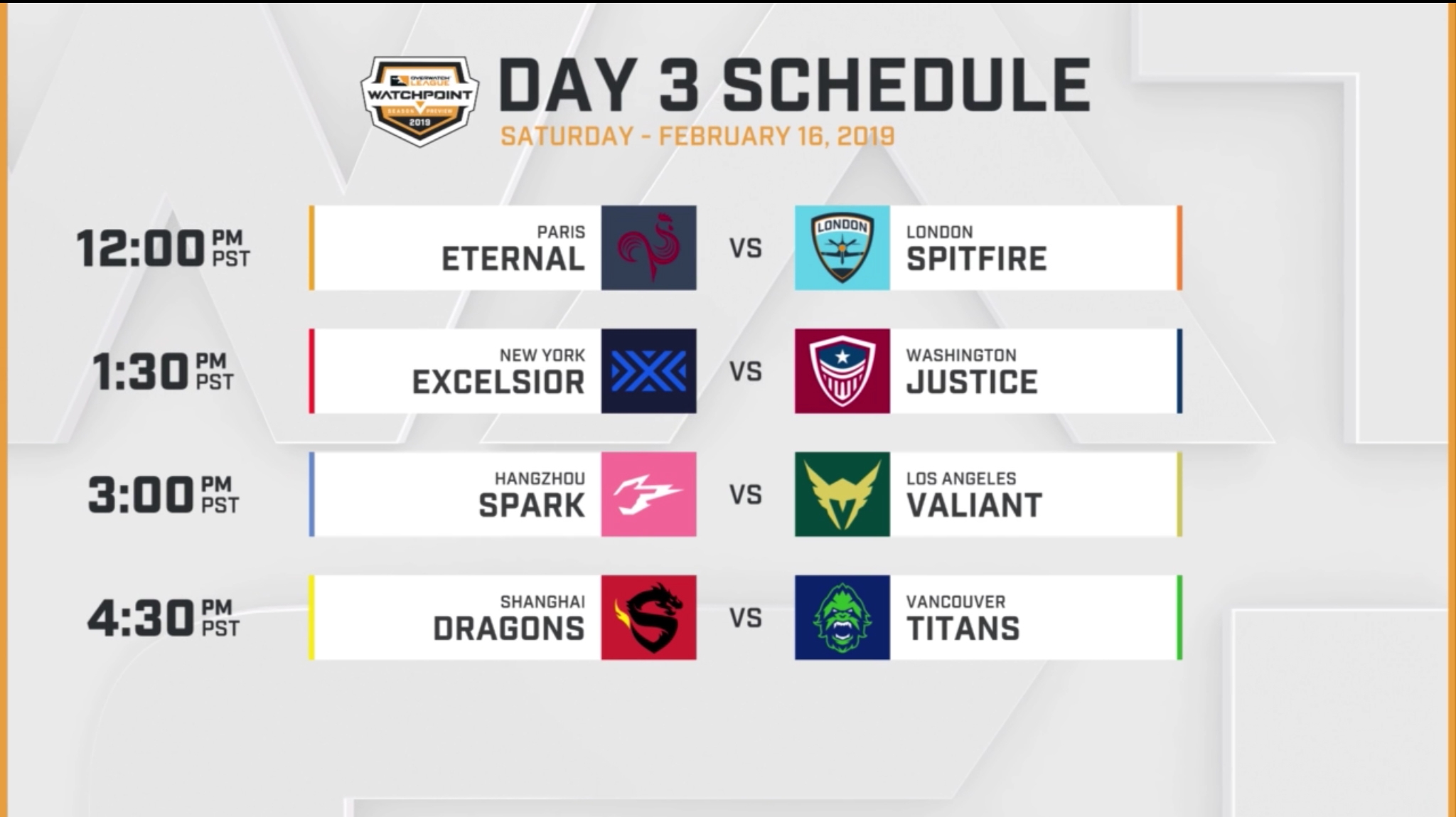 Week One ends with matches between the Outlaws and the Uprising, the Fusion and the Reign, and features a California showdown between the Gladiators and the Shock. Finally, the Seoul Dynasty take on the Dallas Fuel in the last match of the week. 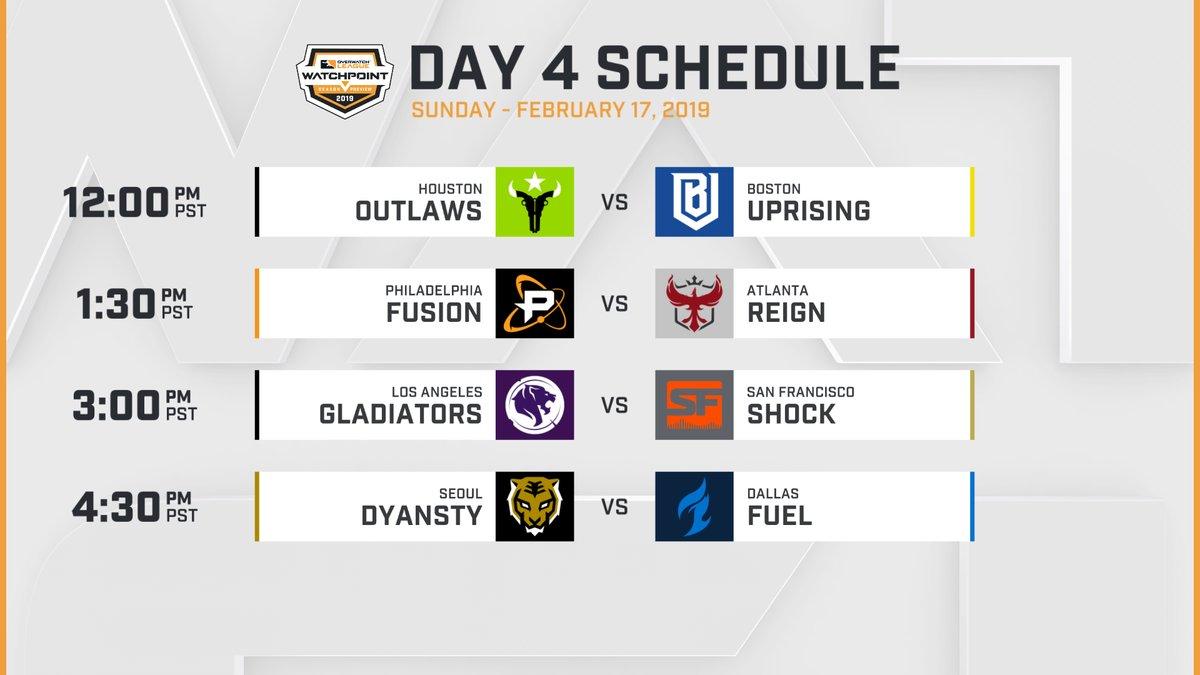 Overwatch League Season 2 is set to start on February 14, 2019, and all matches will be streamed on Twitch.

Even though the first contest of 2019 will be a rematch of the Overwatch League Grand Finals, we probably won’t see DJ Kaled make an appeaerance.