Job listings on the Blizzard website are hinting at what the company has in the pipeline for the future of the Overwatch franchise.

It was previously reported by Kotaku that Blizzard was working on a sequel to Overwatch designed around PvE gameplay similar to a co-op game like Left 4 Dead or the previously-released Archives event modes.

The job posting for a “Senior Games Writer” asks for a candidate who has “demonstrated success as an experienced game developer with strong creative writing experience, excellent collaboration skills, and a real passion for Overwatch.”

More Overwatch games appear to be in the works at Blizzard.

Part of the role’s responsibilities are, “Quickly write and iterate on compelling dialogue for characters, missions, and cinematics.”

The plural use of ‘missions’ indicate that more story-based gameplay is on the horizon. It’s unclear if ‘cinematics’ are for animated shorts or in-game cutscenes.

Other duties include writing “in-game backstory for the world, factions, and characters and contributing “to the story development of the Overwatch universe”.

So far, there has been very little advancement of actual Overwatch lore after the Recall animated short all the way back in 2016. Signs indicate that Overwatch is set to expand in a major way.

Another job posting, this time for a ‘Design Manager’ reads, “Blizzard Entertainment is looking for a skilled people manager to support a world-class Design team focused on creating the next generation of content for the Overwatch franchise.”

‘Next generation’ could include a new title or even a potential release on next-gen consoles such as the upcoming PlayStation 5 and new Xbox. Calling Overwatch a ‘franchise’ also indicates a possible new game. 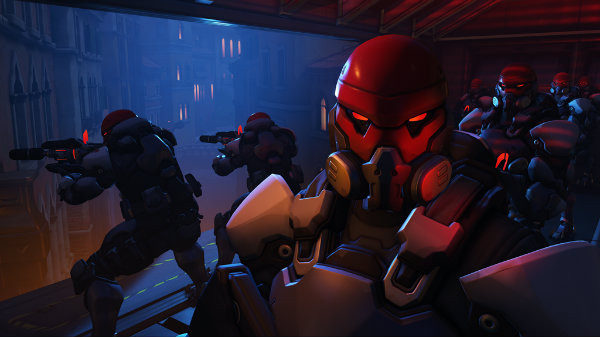 Could more Overwatch ‘missions’ such as Retribution be coming soon?

At Blizzcon 2018, Executive Producer Allen Adham said the company was working on mobile titles for all of their IPs. However, nothing has been announced since, except of course for Diablo: Immortal.

Given the success of Overwatch, a game that has made over $1B from in-game spending alone, it’s no surprise that mobile and potential sequels are being worked on.

With Blizzcon coming in November, it’s possible that’s we get our first glimpse of a new Overwatch game.