Overwatch hero Moira gets a casual makeover in this awesome concept

Overwatch fans are well known for creating incredible fan art, and this awesome concept for Moira is sure to appeal to fashionistas.

Over the past few days, we’ve seen plenty of artists imagining what it would be like to see some of Overwatch’s greatest heros working in fast food restaurants.

From Subway Hanzo and Barista Ashe and B.O.B. to McDonalds McCree, it’s been awesome to see what these characters would look like if they were serving coffee and flipping burgers.

Now, a Twitter user has created a casual outfit for Support hero Moira, which sees her ditch her high-tech garments for something more fashionable.

Designed by Twitter user Infinitezer, Moira can be seen wearing a sweeping black coat, a pair of skinny black trousers and some elegant heels to round off her look.

The tank that sits on Moira’s back has been transformed into a designer backpack, while the goggles she wears have become a pair of stylish sunglasses. 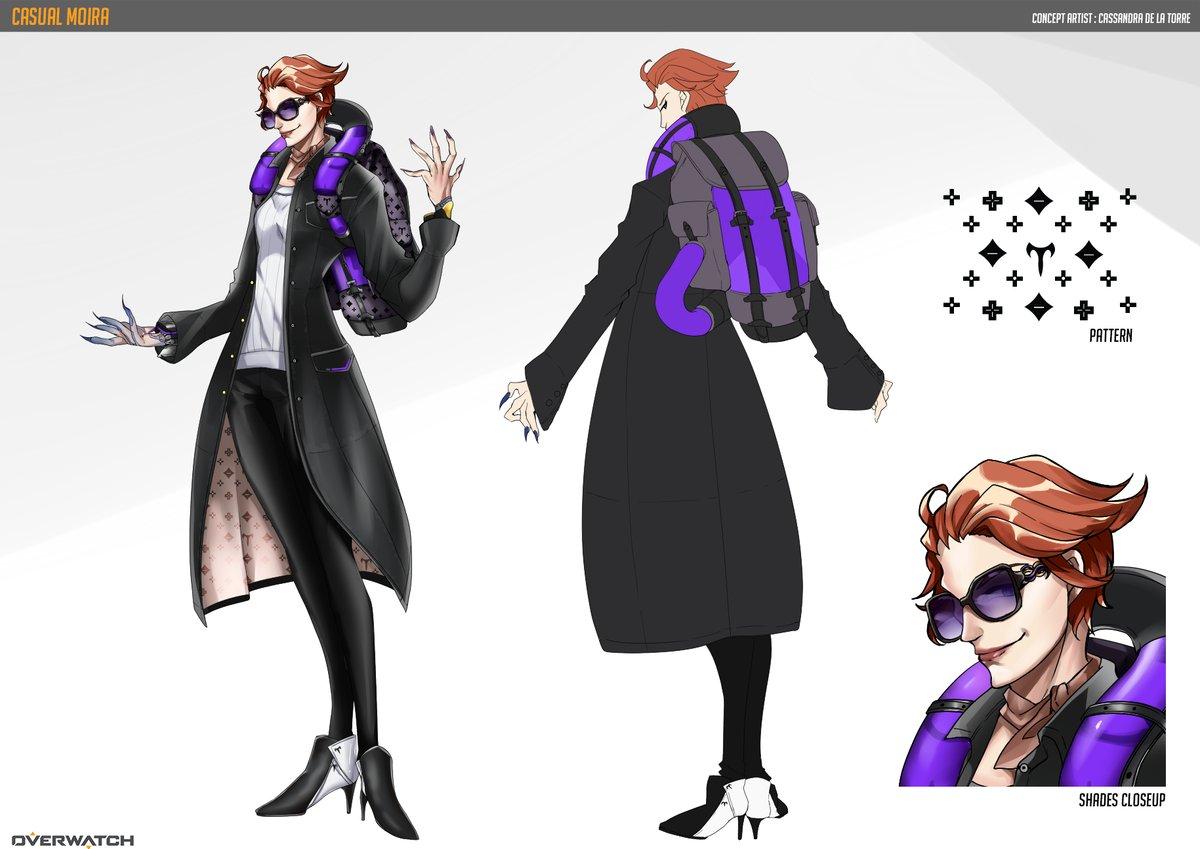 A look at a more casual version of Moira.

Moira is the 26th Overwatch hero added to the game, and hails from Dublin, Ireland. Seen by many as a more sinister version of Mercy, Moira is a support hero who uses her expertize in genetics to heal her teammates in the middle of the crazy fights that take place during a game.

While fans may love this new version of Moira, we will have to wait and see if Blizzard ever decide to introduce a more casual look for the high-ranking Talon member.