Overwatch fan theory breaks down why Sigma might not be insane

Blizzard has made it obvious in his Overwatch origin story that Sigma isn’t quite right in the head, but one fan doesn’t think this means he’s insane. In fact, they think it could mean the opposite.

In Sigma’s origin story he’s introduced as a scientist who goes “insane” after one of his experiments dealing with black holes and/or gravity goes awry.

But Reddit user CoolAtlas argues that instead of going insane, Sigma has been given a glimpse of things that our brains simply can’t understand or comprehend.

“The universe sings to me!”

In their post on r/FanTheories, CoolAtlas suggests that Sigma’s experiments led to him or his mind being granted access to other dimensions that we, as three-dimensional beings, shouldn’t be able to comprehend or understand at all.

“Sigma, like us, is a 3 dimensional being. One who witnessed the universe in ways we could never possibly imagine,” Atlas explained. “Sigma says the field is failing, he was experimenting with blackholes, he says the Universe sings to him. I wonder if the experiment failing let him get a glimpse at things inconceivable to us.”

“Think about color, try and imagine colors you never seen before. Even better, try explaining blue to someone colorblind. Or sight to a blind man,” Atlas continued. “He also says “There is no obligation for the universe to make sense to you.” I wonder if this is a reference to his accident when he was for however brief he witnessed the universe.”

There is no doubt that the universe contains some crazy things that we haven’t discovered yet, and when we start talking about things like theoretical dimensions, things get even weirder, so maybe Sigma just saw something that no human was ever meant to see – which according to Atlas would make him more sane, not less. 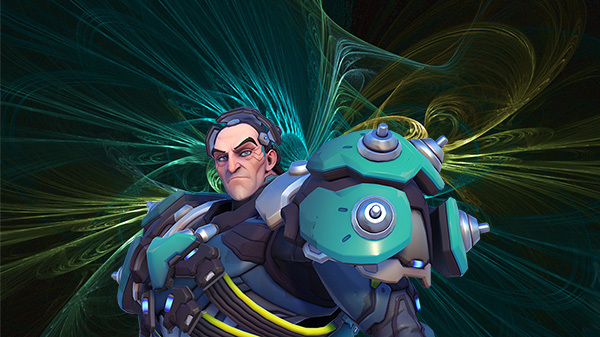 “I think Sigma witnessed dimensions and seeing the universe for what it truly is makes him more sane,” they explained. “From our perspective he is insane, but we live in our simple little world, our perspective is limited and Sigma broke through that, he saw things we can never imagine. This makes his perspective of reality more accurate than ours.”

Sigma’s name (sigma Σ being a math reference to the sum of total) could itself be a clue to the hero’s sanity, Atlas suggests.

“The thing about about the symbol Sigma is that in math it can be written to express infinite addition,” Atlas theorized. “I think Sigma’s name is a reference to his ability to see the Universe in an infinite or near infinite number of perspectives inconceivable to us and not just one. His “insanity” is actual the primal part of him that is confused and scared.”

So this leaves us with an interesting way of looking at Sigma: to our simple human minds he might seem insane, but that could be because he’s seen and understands things we can’t even begin to comprehend.

Does your head hurt after thinking about all of this? Now, just imagine how poor Sigma feels after having the entirety of the universe shoved into his grey matter.