Overwatch heroes have wildly different skins that paint them in different lights, but one fan spotted correlations with classic Pokémon types and decided to spark an incredible trend.

Blizzard’s team-shooter has a community filled with creative players who reimagine the game or its characters with funky skins, concept arts, hero proposals and so much more.

One such fan has instead opted to turn the community’s attention to an unseen pattern of elemental hero skins spattered throughout the game. 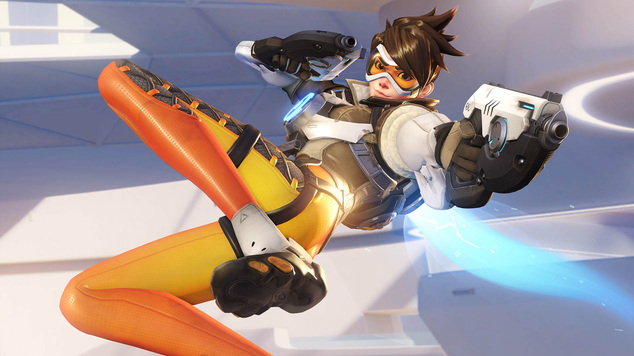 If the trend takes off, it won’t be long before we see Tracer being heavily compared with Pikachu.

In what seems to be the start of an amazing trend, Reddit user ‘Owlero’ put together a simple but super effective side-by-side collage of Moira’s Scientist, Banshee, Blackwatch skins with iconic Pokémon elemental labels Psychic, Ghost, and Dark, respectively.

In the visual, the Psychic-type Moira is seen shaking the contents inside an Erlenmeyer flask using her powers. Her Overwatch Halloween Terror 2018 skin prominently features a spooky jack o’lantern, while her Blackwatch skin is definitely plotting something dark.

Owlero’s post was fittingly titled ‘Pokémoira®,’ and it was a great way to kick off what sure to be a new craze of Poké-labelling every new skin that comes out.

At Reddit user ‘Roelvian’’s idea, Owlero released a follow-up post by using Doomfist for the second time around.

It shows Doomfist in his Irin, Blackhand, and Swamp Monster skins, this time representing the Pokémon types of Steel, Fire, and Water, respectively.

With Moira’s collage there might have been a slight explanation needed to connect the skins with their types, but the Doomfist skins perfectly sync up with their given labels.

New trend was super effective with the Overwatch community

Commenters who were enthralled by the reimaginings and quickly chimed in with their ideas of other perfect pairings.

Those concepts ranged from Reaper’s Hellfire, Shiver and Plague Doctor variations representing Fire, Ice and Poison. As well as Mercy’s Sugar Plum, Zhuque, Witch, and Winged Victory skins being matched with the Pokémon types of Ice/Fairy, Fire, Dark, and Flying.

The Overwatch fans are already running wild with the concept Owlero started which isn’t a bad thing if it one day leads to some kind of official Pokémon x Overwatch content, as improbable as that might be.

How to play Apex Legends Mobile on PC