One creative Overwatch fan has come up with a new Diablo crossover skin for Mercy that’s so good it’s surprising Blizzard hasn’t already done something like it.

Overwatch, as many know, is a Blizzard franchise, and the game already features a few crossover skins from the publisher’s other IPs like WarCraft, StarCraft and Diablo.

Crossover skins were included with new cosmetics around the beginning of 2018, but since then Blizzard hasn’t added any more to Overwatch, so artist Carrie Eli decided to create their own.

Eli’s Mercy skin concept is called Archangel and clearly takes inspiration from the Archangels in the Diablo games.

There are two different versions of the skin, one that features a mask covering Mercy’s face, and the other with her face revealed. 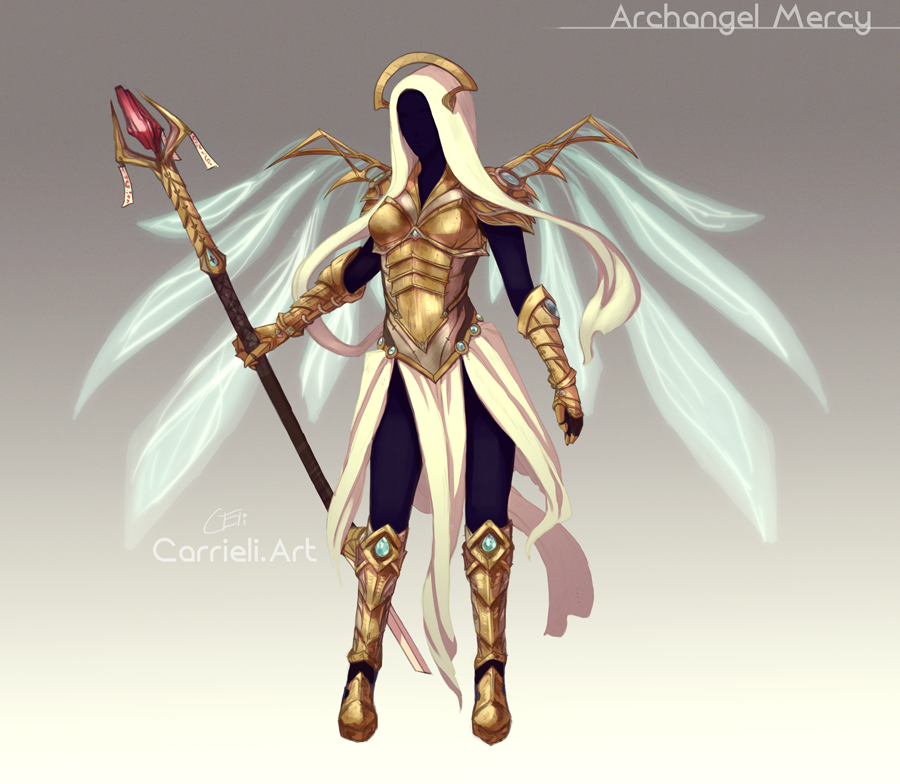 The first concept shrouds the character’s face in darkness and definitely makes the skin look like it’s straight out of a Diablo game. But the alternative skin with the face revealed looks great as well, and maybe a little more “Mercy” than the faceless one.

The wings and armor of the concept look a lot like a mashup between Mercy and the character Auriel’s from Diablo. 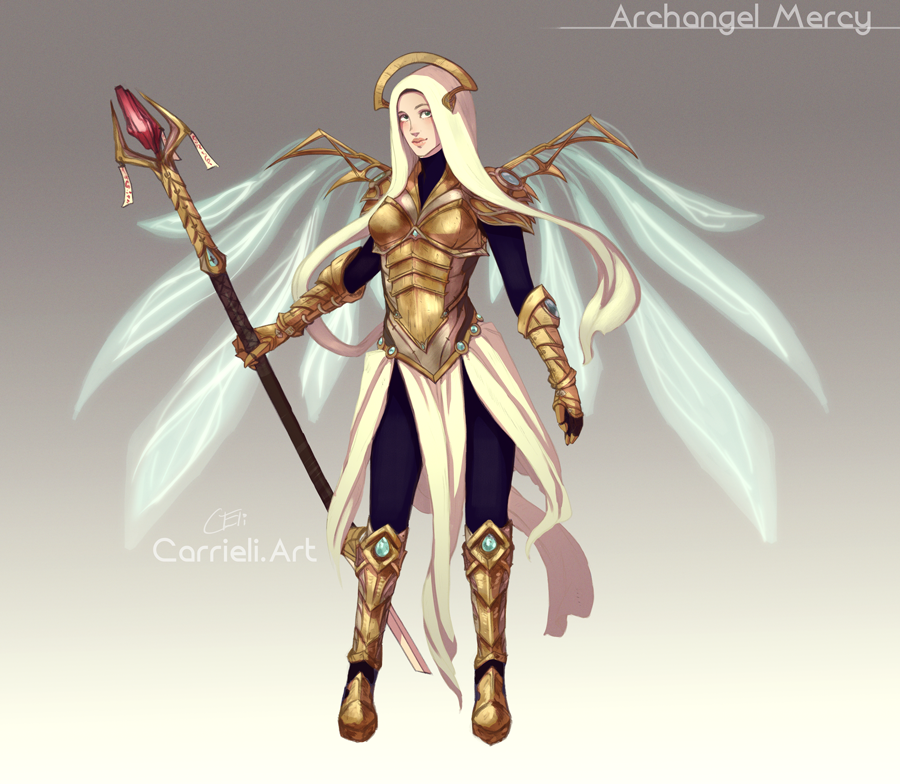 Both Mercy fans and Diablo fans would probably love to see something like Eli’s creation added to the game.

There are also plenty of Overwatch fans who would like to see another round of Blizzard crossover skins added to the game, and an Archangel Mercy is honestly a great place to start, maybe a Raynor/McCree mashup too?

It’s unknown if Blizzard will release any more crossover skins, but we know there will be new cosmetics coming with the Archives event which begins on April 16, according to leaks.