Jeff Kaplan reacted to the potential leak of Overwatch hero 31 after being asked about ‘Sigma’ during a live stream with Brandon ‘Seagull’ Larned.

In the wake of the announcement of role queue, Overwatch fans may have gotten their first hint at another massive piece of news, as the name of the game’s next new hero appears to have been leaked. 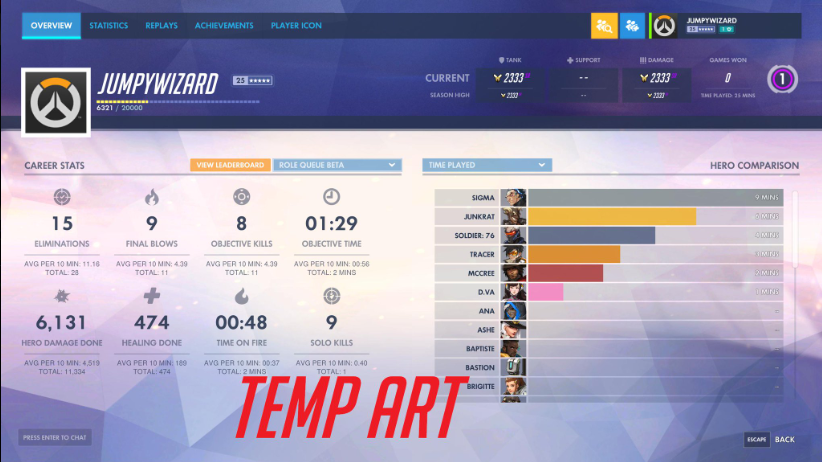 Following the role queue announcement, Overwatch director Jeff Kaplan sat down to talk about the change with popular streamer and former pro player Seagull, and fans used the opportunity to flood the chat with questions about the mysterious ‘Sigma’.

When Seagull brought up the name, Kaplan of course declined to reveal any further details, but his response did suggest that the name Sigma was meaningful to him, suggesting that the leak wasn’t fake.

“That’s a mystery to me, that sounds really cool. And by mystery, I mean it’s not a mystery at all. There’s lots of exciting things coming this summer.”

So far, nothing more is known about Sigma – the image gives little away about the character, with only a portrait and the name to go by, and even those may not be final. It’s quite possible that despite the leak, fans are actually no closer to finding out who hero 31 really is.

If Sigma is in fact the real name of the next hero, though, it would discount almost all of the theories about who hero 31 is, with the possible exception of the mystery omnic from the Storm Rising event. If the portrait is a placeholder, perhaps this could be the name of the character seen meeting with Doomfist.

It wouldn’t be the first time, however, that Blizzard have introduced an entirely new character without dropping any hints prior to their release. While some, like Doomfist and Hammond, are first mentioned long in advance of arriving as heroes, others like Ashe are first heard of alongside their hero reveals.

On the normal hero release schedule, the next hero would already be in testing on the PTR by now, and while Kaplan stated in a developer update that hero 31 is a little delayed, it’s possible Blizzard might be ready to reveal them any day at this point.