An Overwatch bug is still unfairly punishing players for leaving competitive matches “early”, despite the game telling them they can.

When a player leaves a competitive Overwatch game, they are hit with a penalty designed to discourage early leavers. The immediate punishment is an additional SR loss, although frequent leavers can incur greater penalties like cooldowns on returning to competitive play.

Once one player has left a competitive match, however, in most cases the game is effectively over – assuming the matchmaker has done its job in creating a balanced match, it’s almost impossible for a team to win five versus six.

Rather than force players on the shorthanded team to stick around and sink more time into a lost cause, once one player has left a two-minute timer begins, after which other players should be safe to leave the game without incurring the additional penalties for leaving early.

The problem, however, is that this doesn’t seem to actually work – players have long reported that they still get punished for leaving even once the game is telling them it’s safe to do so, and it seems this bug is still occurring. 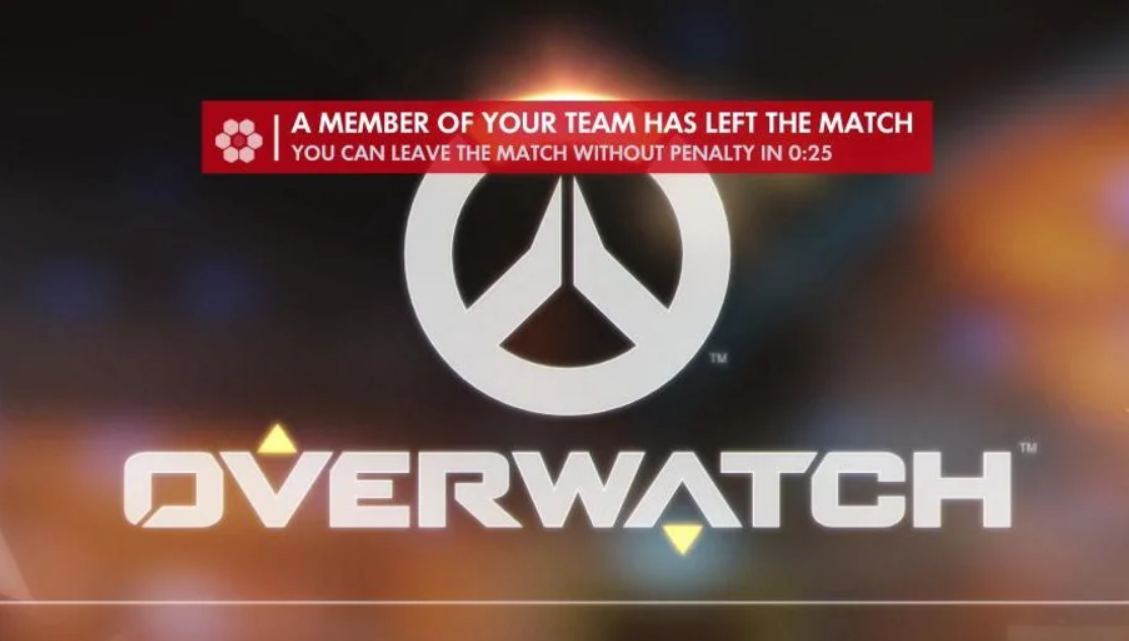 A timer informs players of when they can leave, but some are still getting punished.
[ad name=”article3″]

Even after the timer has run down, players will still sometimes be hit with an immediate 25 SR penalty, and there’s actually a greater hidden punishment. After their next game, the player will then be hit with another 25 SR penalty to the SR they earn, meaning a very small gain for a win or a very large reduction for a loss.

Overall, the bug amounts to a 50 SR penalty for leaving “early”, despite the game itself telling players that it’s safe to do so without being punished for it. Overwatch player u/Apexe is the latest to document this bug occurring.

This issue is by no means new, with the first reports of it coming over two years ago. It seems, however, that Blizzard have yet to address it.

Until a clear fix actually does arrive – which seems like it could still be some time, as previous efforts to bring the issue to Blizzard’s attention have clearly been unsuccessful – if you care about your competitive rank it’s advisable that you stay until the end of all of your matches, no matter how many of your teammates leave early.