‘Overdex’ combines the best of Overwatch and Pokémon in incredible mashup

A creative Overwatch fan made the ultimate mashup between the hero-based shooter, and the popular Nintendo franchise Pokémon.

The Overwatch community continues to prove that they are extremely talented with the unique things they often come up with in the official Workshop mode.

However, a Reddit user by the name of ‘Owlero’ also proved that the fanbase can take things to the next level outside the game with their insanely impressive Pokémon mashup that re-imagines a familiar tool from the RPG.

On August 24, ‘Owlero‘ uploaded a short video to the Overwatch subreddit introducing the ‘Overdex’, which combines the iconic Pokédex tool that every trainer gets at the start of the game, which they use to document the Pokémon they catch on their journey.

The fan creation impressively re-creates the graphical style from the Game Boy games, and nails the aesthetic of the Pokédex down to the font and colors. In place of the Pokémon are a selection of Overwatch heroes. 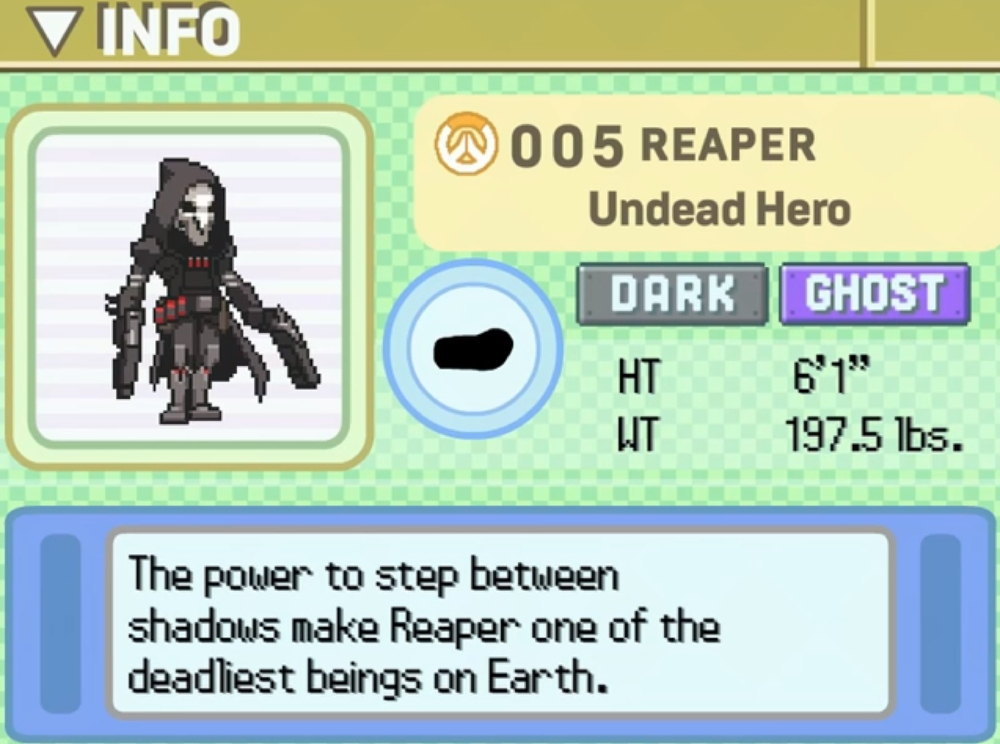 Just like the game, the Dex lists the order of heroes by numbers, and creation shows 004 through 007, which includes four of the most popular Overwatch heroes.

The talented fan even included the details of what each hero’s ‘type’ is within the game: Tracer is Electric/Normal, Reaper is Dark/Ghost, Winston is Electric/Fight, and lastly Widowmaker is Poison.

Owlero also included an easter egg in the creative project, by reserving the 001-003 spot on the Overdex for Iris, Jetpack Cat, and Mama Hong which were some of the first heroes created in the concept phase of the game.

While they were ultimately not used in the final release of the game, fans will be sure to appreciate the attention to detail. And who knows, maybe eventually fans will get their wish and we will see these heroes enter the battle.

The creativity from the Overwatch fanbase never ceases to amaze the community, and makes players realize that an RPG would be awesome.