New Overwatch trick gets Ana onto high ground with ease

One of the most immobile heroes in all of Overwatch, a new trick has been discovered that shows how Ana can climb to an elevated position on her own.

Ana was the very first post-launch character introduced to Blizzard’s competitive hero shooter. Having been playable for over three years at this point, the Overwatch community has surprisingly managed to discover new tactics with the support hero after all this time.

Utilized for her diverse and powerful kit, the elderly hero has never been known for her mobility. Despite this, one crafty player has uncovered a new trick to get high ground control with ease.

In an October 30 post, Reddit user ‘VkOverwatchSchool’ showcased a nifty trick on Temple of Anubis that allows Ana to reach a unique high ground perch without the need of assistance from a Mei wall for instance.

When leaving the spawn room on defense, it is of utmost importance that your teammates don’t randomly fire and break every object in sight on their way to the typical holding point. 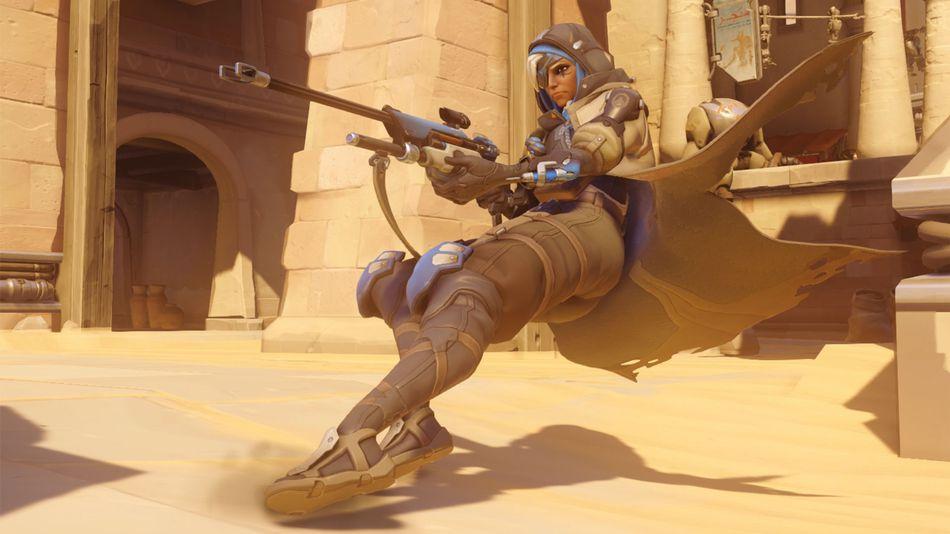 If one crate in particular is destroyed, the entire maneuver becomes void. With that in mind, if you make your way towards Point A, you’ll notice a box to the right-hand side.

Jumping on this box and turning around is how the new tech begins. Ana’s back has to be facing the wall for the unique jump to be successful. Holding down the ‘S” key on PC or pulling back the analog sticks on console, Ana can then jump and slide up the wall onto the high ground above.

This spot allows Ana to then jump her way to the connecting high ground perch that oversees the typical defensive position on Temple of Anubis, as well as a decent chunk of Point A itself.

The benefits of this position cannot be overstated. As a highly immobile support hero, Ana is often the target of opposing dives, meaning she’s typically the first to get picked off in battle. From this new position, teammates can turn their attention and provide easy support.

Useful trick with a box on Anubis (Ana) from r/Competitiveoverwatch

While there’s a good chance the crate will be destroyed in the midst of battle, this is a fantastic trick to employ when first setting up on defense.

Temple of Anubis has been the site for a great deal of innovation in Overwatch lately, with Symmetra mains discovering crazy teleporter spots for attacking teams.