The Atlanta Reign are a new Overwatch League team and a job posting gave a pretty big hint on the players they plan on signing in the coming seasons.

The new organization is looking for a chef to cook meals for the players and posted the opening on an esports job website.

Most of the requirements are standard for any Chef job and include skills like cooking, cleaning and grocery shopping.

One requirement however, is very specific to the Overwatch League:

Have lived in Korea for several years (ideally 5 years) and have a firm understanding of Korean culture and cuisine.

Korean players have been dominant during the inaugural season of the Overwatch League and in the Overwatch World Cup, where South Korea has yet to lose a single match in three years. 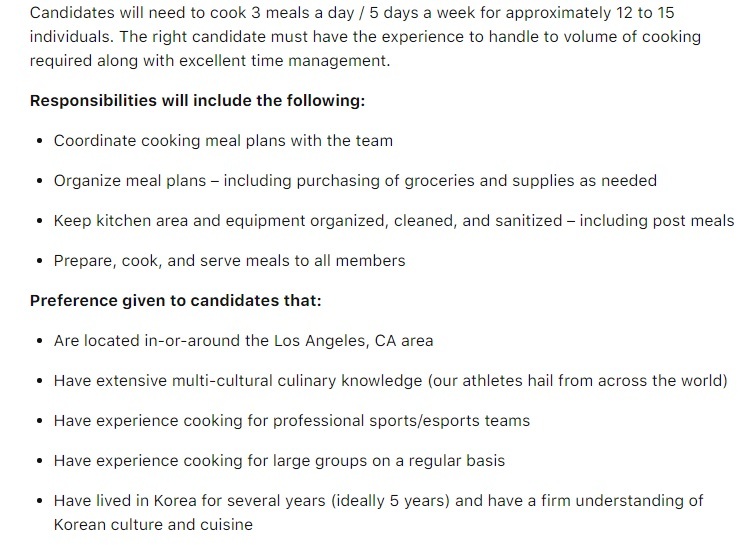 That Korean BBQ place in LA isn’t as authentic as they claim, apparently.
[ad name=”article3″]

The Reign currently feature players from Germany, Finland, Denmark, Russia and the USA, making them one of the more international teams in the OWL.

They also have three Korean players on their roster, but if the job posting is any indication, they may be looking to add more as the new franchise grows.