Overwatch Game Director Jeff Kaplan has indicated that changes will be coming to the game’s competitive map rotation in a future update.

In a post on the Competitive Overwatch subreddit, user MagnarHD asked what the positives to map pools were and explained how they felt the twelve maps every season was “incredibly limited.”

“I used to absolutely love King’s Row, it was my favorite map in the game by far, but I groan whenever I see it now,” the user said. “With hero pools also changing the meta weekly, wouldn’t it be nice to try a variety of maps with different hero metas, instead of the same 12 for 2 months?”

Paris hasn’t been in rotation since pools were introduced.

The user made an interesting point. King’s Row has never been removed from rotation since map pools were introduced for Season 19 back in November 2019.

Unlike hero pools, which change every week, map pools only change once a season concludes. Three maps from each game mode (assault, control, payload, and hybrid) are in rotation when a season begins.

The post got enough attention that Jeff Kaplan had to weigh in and drop some news.

“We’re making changes,” he wrote. “Scott is writing up a blog post about it. Info in the next few weeks.”

It’s likely that the “Scott” Kaplan was referring to was principal designer Scott Mercer.

While Kaplan didn’t elaborate on what is to come concerning hero pools, the fact that a blog post will be needed makes this seem like a major development and not a minor change, like a weekly map rotation. 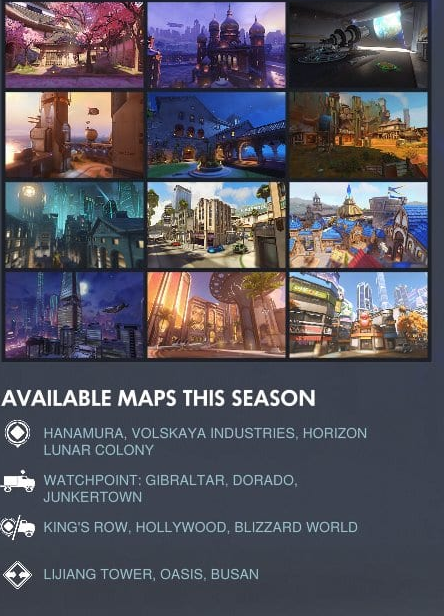 Fans have been clamoring for a potential map ban or vote system for years. Could this finally be coming in an update? Only time will tell.

In any case, it’s looking likely that we’ll get the news of what exactly Blizzard’s plan is when Season 21 of competitive play concludes, as that would line up with the “few weeks” timeline provided by Kaplan.