Overwatch Game Director Jeff Kaplan is no stranger to making hilarious jokes about the Overwatch community but he truly went for it all during the annual Yule Log stream.

In the newest Overwatch Christmas tradition, Jeff Kaplan gives fans some Christmas Eve entertainment by sitting in front of a fire in an Overwatch-themed version of the Yule Log.

While he mostly sat in front of the fire not doing much during the 2017 edition, he’s been incredibly active this time around and even took a second to roast the Overwatch community at one point.

Overwatch might be one of the most team-oriented games out there, but that doesn’t stop some players from not following the rules and simply doing whatever they please and focusing on their own stats.

Kaplan made special mention of that when taking a fake phone call at one point during the marathon stream.

“Oh, you got [Play of the Game]? And four golds? Yeah, that totally matters,” Kaplan says with as much sarcasm as possible. 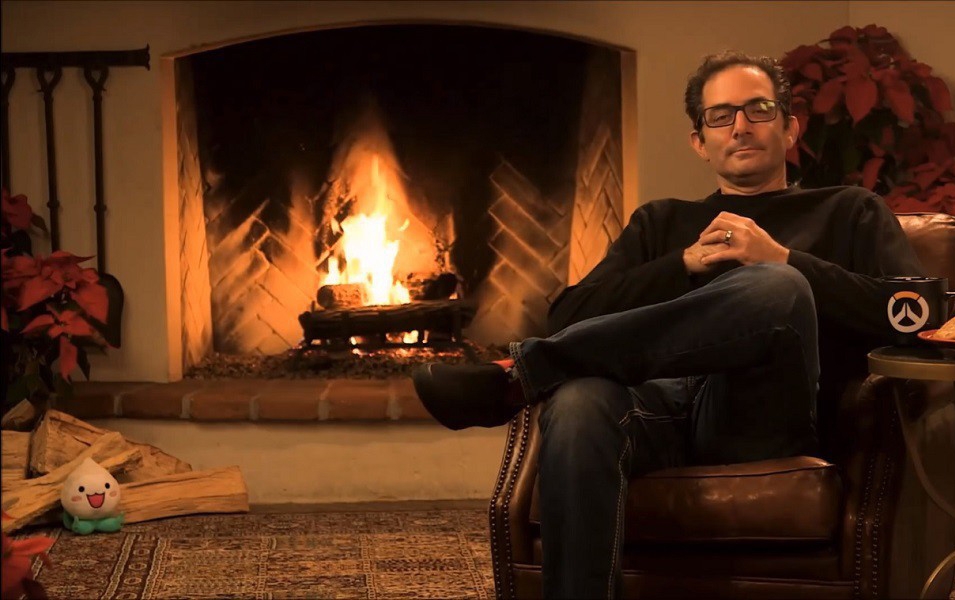 Jeff Kaplan has made a new Christmas tradition with his popular Yule Log streams.

He didn’t stop there, however, as he continued on by referencing the common misconception that he has something at all to do with players’ in-game ranks, saying: “ You lost rank? Oh, it’s my fault? Well, what happened in the match?”

It was at this point that Kaplan went full-on meme by highlighting the popular song ‘No Mercy’ in which players argue over what character they should play in a match.

While the whole thing was no doubt just Kaplan having a bit of fun with his community, it was just another example of why he’s become one of the most fan-favorite Game Directors in all of video games.

You can watch the full eight-hour VOD of the Yule Log stream below: