How to get Orisa's Ultimate almost instantly in Overwatch - Dexerto
Overwatch

How to get Orisa’s Ultimate almost instantly in Overwatch

Building your ultimate in Overwatch is key to victory due to the power of these special moves. While doing damage to enemies and healing teammates are the traditional ways to build up your special attack, environmental kills are by far the fastest, as shown by an Orisa player on Volskaya.

Redditor The_Superstarman posted a video on November 28 showing him about to start defending Point A on Volskaya Industries. Attackers have four possible options after leaving spawn. They can either go right, through the building in front of the library, over the building or far left. The latter, as the red team discovered, is extremely dangerous.

By going left, the attackers are put at risk of being booped, hooked or knocked off the map, resulting in their instant demise. In this game, five attackers died to a single Halt by Superstarman.

This is officially the peak of my luck from Overwatch

It’s not uncommon for Orisa players to send out a Halt and activate it just as the enemy appears to try to get a cheeky kill. But five is bonkers. And the lottery-winning player clearly understood this as he titled his video “This is officially the peak of my luck.”

What makes this even crazier is that it came only 8 seconds into the game.

If you look at his ultimate charge, it goes from 0 to 100, real quick. Well, almost. Sorry, Drake fans. The single move resulted in a whopping 95% charge.

Why did Orisa get so much ultimate charge? 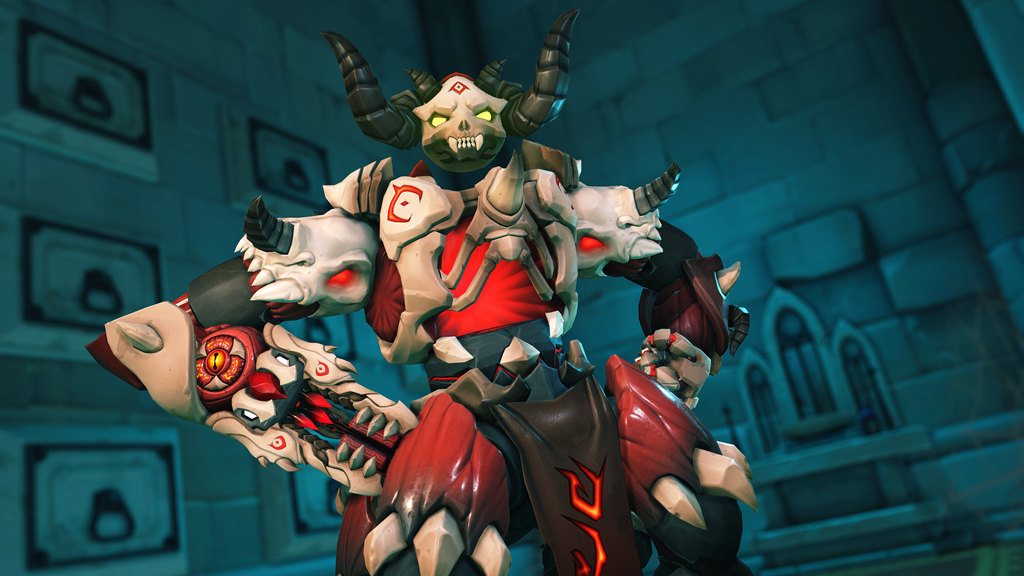 YOU SHALL NOT PASS!

In Overwatch, scoring an environmental kill nets you the equivalent of ultimate charge you would have otherwise gotten if you shot an enemy normally. So, if you booped a 600 health Roadhog off the map, you would receive 600 HP worth of ultimate charge as if you had done 600 points of damage.

What makes this particular play all the much better for Superstarman’s team is the fact that Orisa’s ultimate, Super Charger, buffs the damage of all allies within its line of sight by 50%. This makes it one of the best ultimates to help teammates build their ultimates.

The play may be one of the best Orisa halts in the game yet, as it was only one player away from a team kill.

For any Orisa player, it’s never a bad idea to shoot your shot on defense just in case.

Of course, depending on what heroes the enemy team is running, you could even find yourself with a a full ultimate online if they opt to run characters with large health pools.