Hero bans are nothing new to games like League of Legends and Dota 2, however it’s something that’s never been tried in Overwatch before and Houston Outlaws General Manager Matt ‘flame’ Rodriguez thinks it could be just the thing to revitalize the game.

Traditionally, hero bans are when each team in a match gets to pick one, or more, heroes that the other team is unable to use for the following match.

It’s an idea that been talked about before, Overwatch lead designer Geoff Goodman said during a recent Twitch stream that the idea of hero bans had been brought up by the Overwatch team, but shot down because of the small size of Overwatch’s hero pool compared to games like League of Legends. 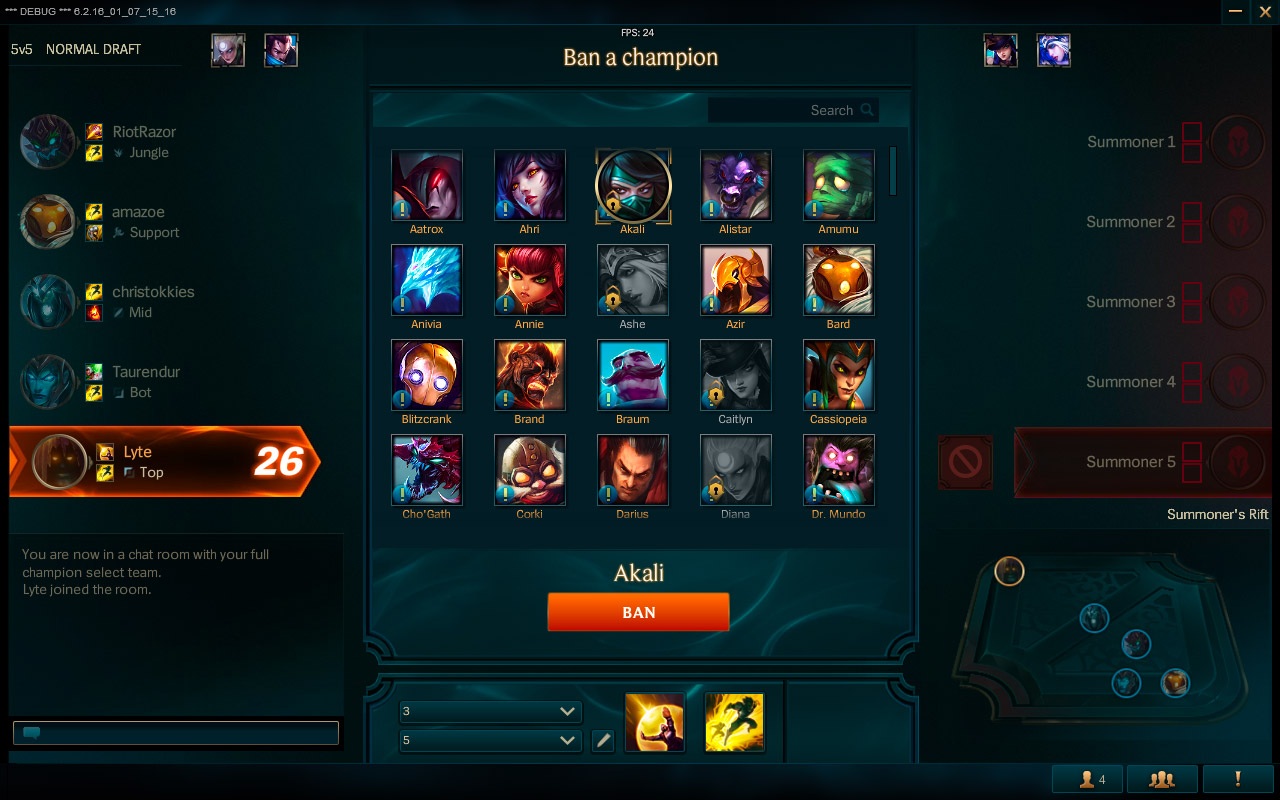 Hero bans are common in games like League of Legends (pictured).

Hero bans, according to flame, would address Overwatch’s problem of “no matter what patch it is there will always be a combination of 6 heroes that is deemed ‘broken’ or ‘optimal’.”

Instead, giving teams the ability to ban one hero ahead of the match would make more hero compositions actually usable and make things more interesting.

“[One] hero ban per team per map would open up so many different compositions and make the game so enjoyable to watch again,” flame wrote on Twitter.

If fans don’t like the idea of a hero being “banned,” flame suggested players could “pick your hero to go on vacation in the Overwatch universe to hang out on the beach and sip margaritas.”

It’s an interesting suggestion, and one that would certainly shake up Overwatch’s sometime stagnant meta game if it were implemented, but some people, like former Boston Uprising player Connor ‘Avast‘ Prince, don’t think it would work.

Can’t wait to see hero bans implemented in my game of 29 characters and have a race to triple dps again.

I don’t think the quality of play would drop tbh just think it’s just going to be every replacing one meta with another because the amount of heroes and their viability is far too limited.

But, drastic changes to the way Overwatch operates, like including a system to ban heroes, are unlikely to happen before Overwatch League’s second season gets going on February 14, 2019.