Overwatch’s latest PTR patch makes substantial changes to Reaper, Brigitte and D.Va, but it also takes the amount of damage reduced by armor down from -5 to -3.

This means that heroes will be able to deal more damage against characters with high armor, especially DPS heroes, who should have an easier time taking down tanks after the update.

The changes could even end up reducing the viability of the GOATs team composition, which relies heavily on tanks. 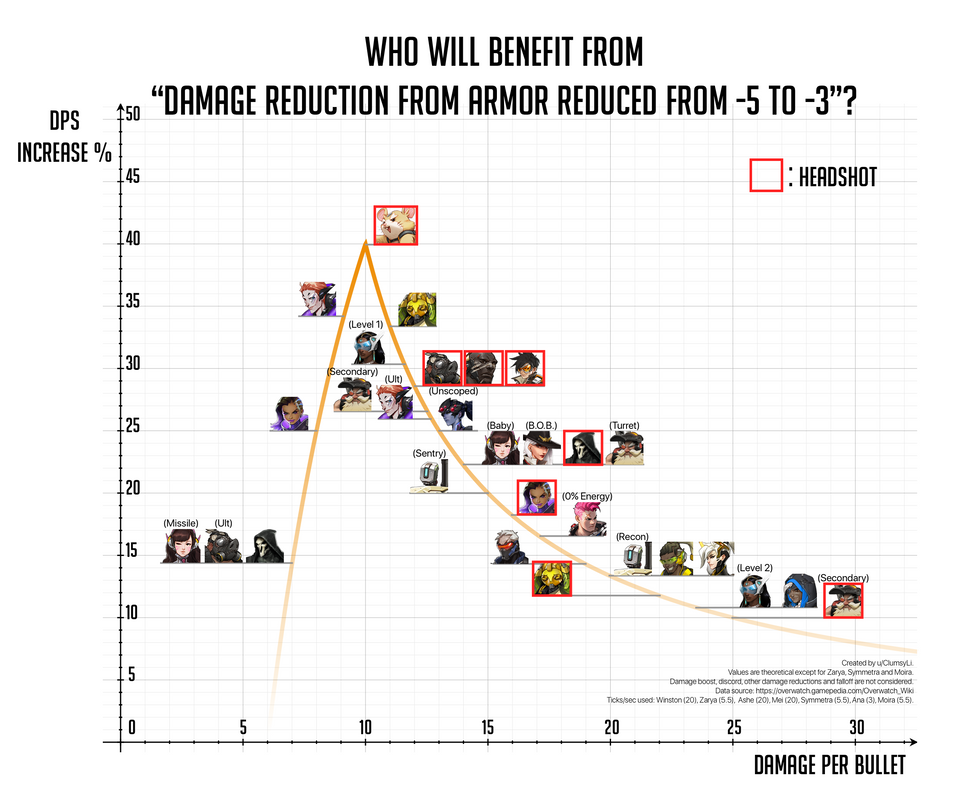 The hero that gets the highest damage increase is Hammond, who does 40 percent more damage on headshots after the changes to armor.

Orisa and Moira both see their damage against armor increased by just under 35 percent, although Orisa is still able to put out a little more damage per second than Moira.

Already, some users are predicting that this change will mean more of Hammond in the meta, since his mobility and increased damage could potentially make him an alternative to Winston.

The latest PTR patch went live on Monday, January 7, after being mentioned by Jeff Kaplan on the official Overwatch forums over the weekend.

Blizzard gave no indication of when the update would make it into the main game, but it should go live on all platforms before the beginning of the Overwatch League on February 14.