‘Fantasywatch’ is the Overwatch JRPG you never knew you needed

A fan-made game transforms Overwatch into a JRPG and an early screenshot gives us a glimpse at how that could work very well.

Overwatch’s wide cast of characters means they could lend themselves to other games and even genres quite well.

We’ve seen this time and time again in the Workshop Mode where players take Overwatch and blend it with other games, like Super Smash Bros. as a notable example that people enjoy.

Would you like to see Mercy in a JRPG?
[ad name=”article2″]

This latest fan-made creation isn’t a Workshop creation but instead, it’s a full-blown JRPG that takes Overwatch’s characters and gives them a narrative.

The idea was first revealed by Reddit user GonnaWeeab where he showed how he was taking the characters and giving them fleshed out voiced dialogue complete with cutscenes.

The creator guarantees battles like you’d expect in a JRPG and while we don’t see that, we do get a look at the screenshot of dialogue and it has a lot of promise.

It’s called ‘Fantasywatch’ and sounds like it’ll try to expand on the already established lore of Overwatch. 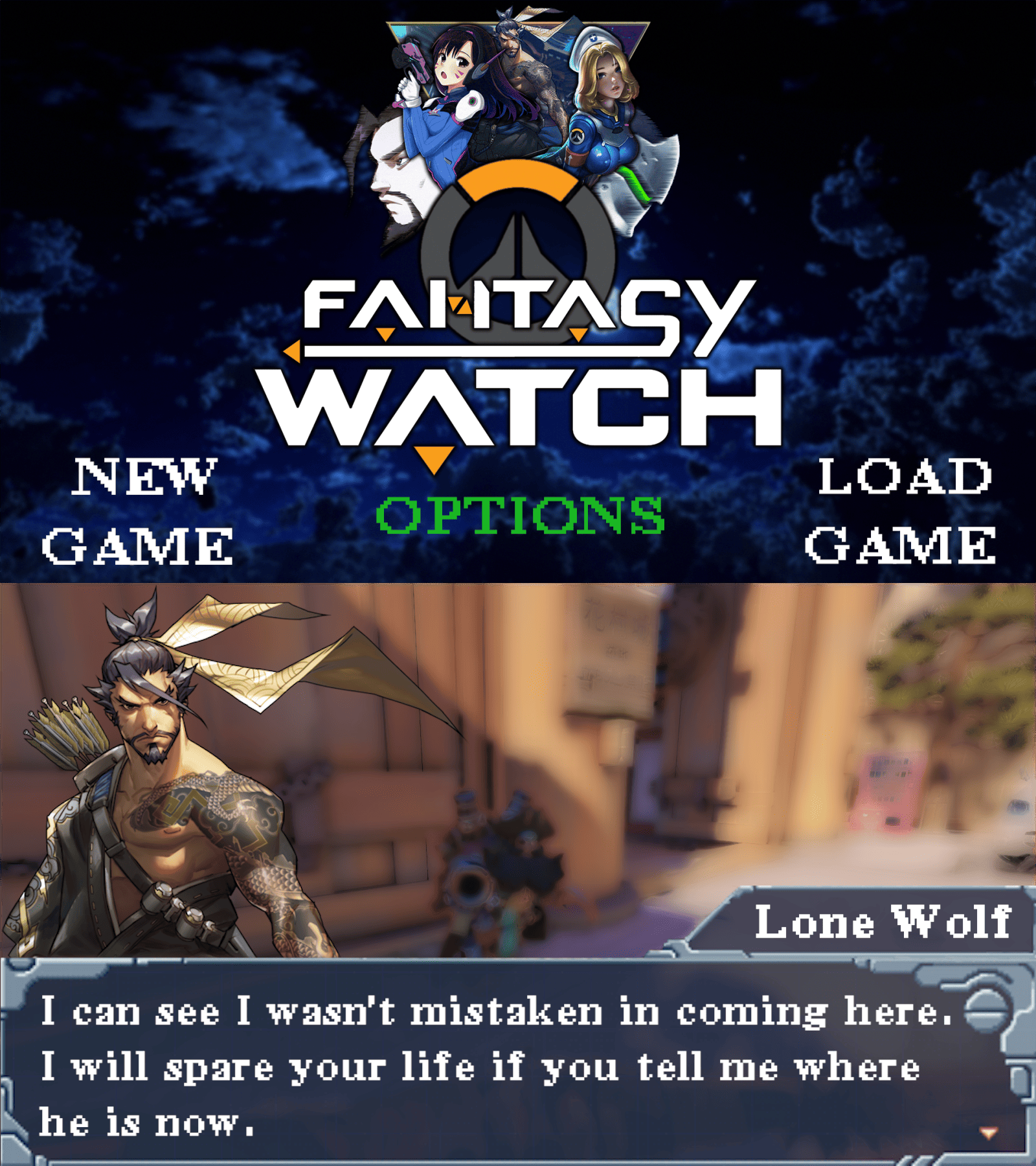 GonnaWeeab didn’t give any kind of release date for the project so we don’t really know when to expect it but we’ll definitely be keeping our eye on it.

One thing the maker will have to keep in mind here is creating a game like this often catches the attention of publishers and developers who will then work to get the project shut down.

It’s a common practice we see with Nintendo especially, as many fan-made games have been sent cease and desist letters as they took already established characters and tried to break new ground with them.

Problems like this can be avoided with a original characters but then you lose sight of what made these projects special in the first place.