Overwatch is currently in the midst of its Summer Games event, and one fan took the new Torbjorn skin to an insane, terrifying level.

While some fans in the Overwatch community were not happy with the Summer Games this year, two of the new skins featured in the event are making waves.

Hanzo’s ‘beach bod’ skin in particular has many sweating bullets. However, the new Torbjorn ‘Surf ‘N’ Splash’ skin is also making people sweat as well – out of fear. One creative fan decided to take it and give it to another character with freakish results.

DeviantArt user lionelthelion posted their creepy redesign, putting Reinhardt in the hotseat – and in Torbjorn’s skin.

We can’t say it’s something we’d ever want to see happen for real, since the re-skin is honestly just utterly terrifying. Seeing Torb’s bare legs was bad enough, but having Rein’s long pins on display is honestly just nightmare fuel. 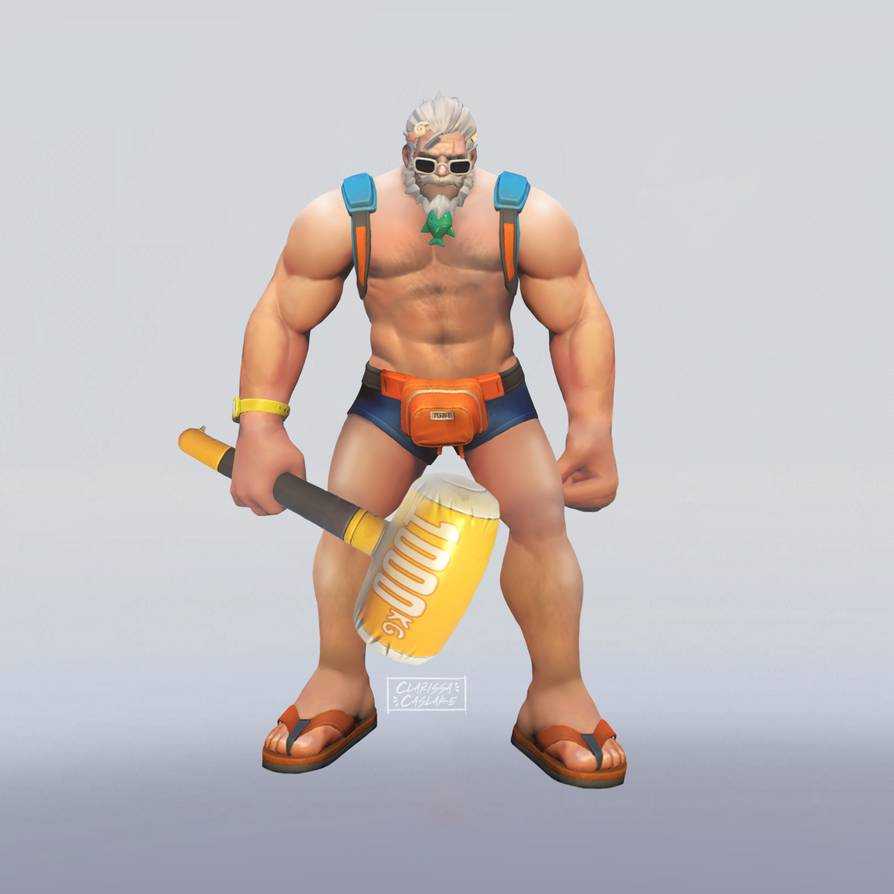 There’s nothing to say except… nightmare fuel.
600[ad name=”article3″]

If you weren’t freaked out enough over the Rein skin, unbelievably, two years ago a Change petition was started by fans actually asking for a “sexy” Torbjorn skin.

The petition was accompanied by a fan mockup of Torbjorn wearing a banana hammock aptly named ‘Torbkini”, which actually might be more disturbing than his Surf N Splash skin.

“Torbjorn didn’t receive a Summer Games skin even though he had many water polo concepts towards, player icons and sprays. I feel torbjorn should get a skin related to the sport, so the Torbkini skin is the way to go!” the petition description read.

We’re not sure we want a sexy Torb skin, and neither did others, as it only received 46 signatures and was unsuccessful. 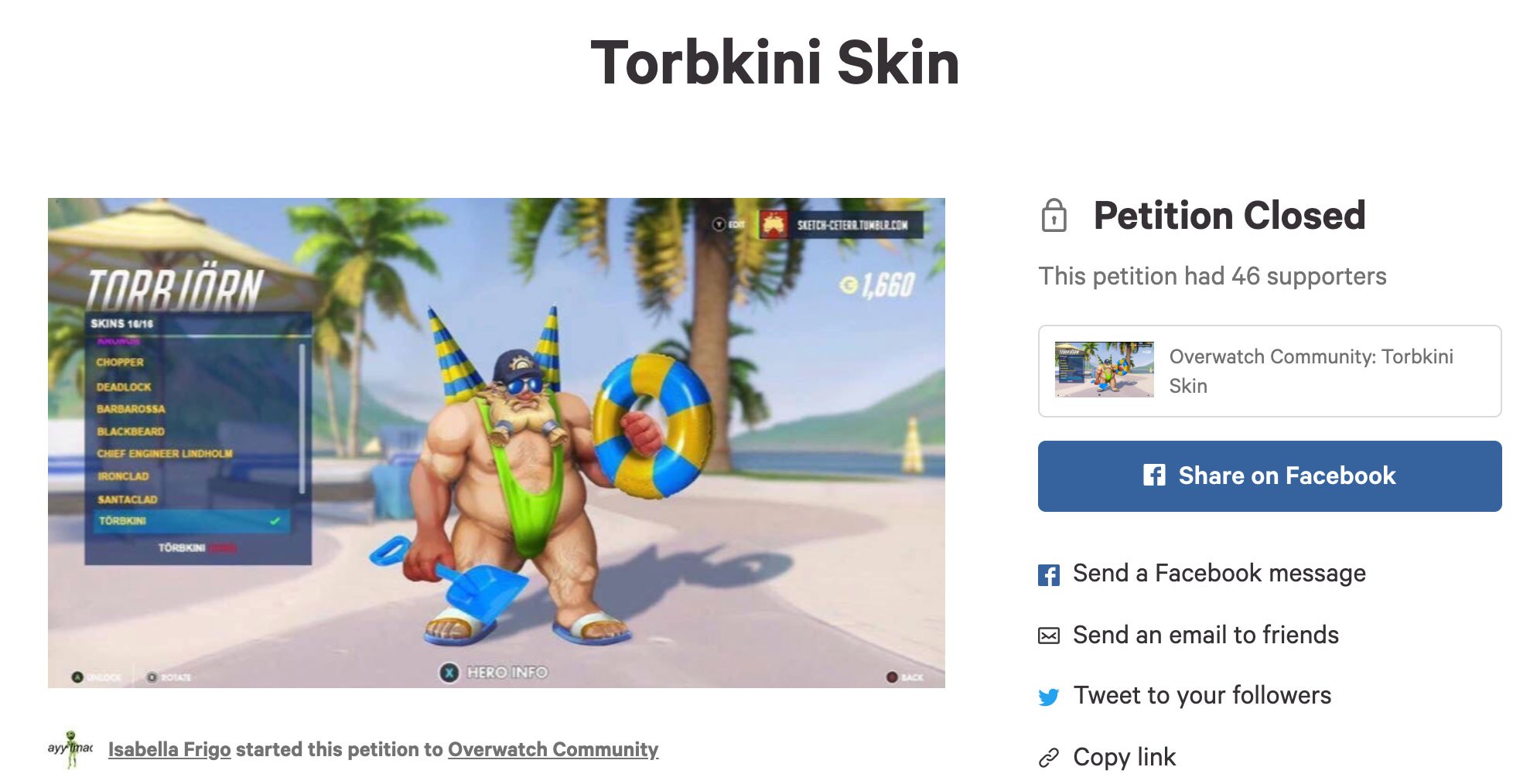 Overwatch fans have some crazy ideas, that’s for sure. Maybe for the Halloween event…