One McCree-loving Overwatch player has used Overwatch’s custom games feature to execute one of the most ridiculous High Noons ever seen in the game.

Overwatch is currently in the middle of Halloween Terror 2019, and McCree mains have been racking up the crazy ultimates by unloading on the horde of Zomnics in Junkensein’s Revenge.

How do you pull off the Highest of Noons?

Rolypolyoly69 created a custom Junkenstein’s Revenge game where all of the bosses took more damage and had less health.

“[I] made them really slow and not able to shoot me, and had increased ult charge,” they explained. “Then I just waited until the last stage to shoot all the bosses.”

It’s the Highest of Noons from r/Overwatch

The results are pretty impressive, to say the least. There’s no telling exactly how many kills Rolypoly got with the ultimates, but feel free to try and count for yourself.

They even created a workshop code for interested players to try and pull off massive High Noons on their own.

“Every time you crouch you gain 1000 health. There’s literally no excuse for dying. You’d have to try very very hard (yes I’m challenging you),” they said about the mode. “I just tried playing it again. I’m pretty sure it’s impossible to die. Only way you can lose is letting the door lose all its health.”

For players interested in Rolypolyoly69’s High Noon Junkenstein mode the code is: MRKD4. 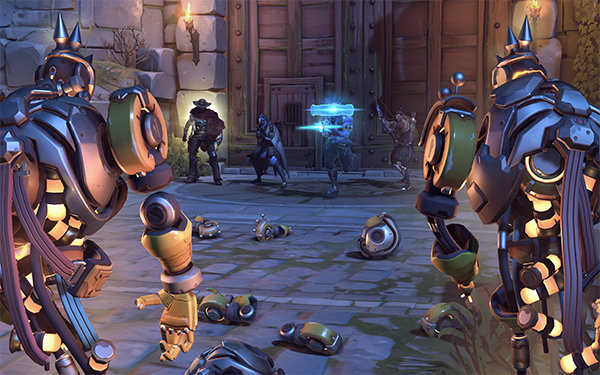 Junkenstein’s Revenge was the first-ever PvE mode added to Overwatch.

A group of Junkenstein enthusiast Overwatch players have pulled off one of the highest-ever scores on the seasonal PvE mode we’ve ever seen.

Reddit user Wengzan and his teammates recently achieved a score of 45,040 in Junkenstein Classic on Legendary difficulty – which is definitely one of the highest Junkenstein scores we’ve ever seen, if not the highest.

Halloween Terror 2019 runs until November 4 – which is the Monday after BlizzCon 2019 – which is plenty of time for all the McCree mains out there to try and get some big Junkenstein High Noons.