A clip of Overwatch players’ racist screeching during a competitive match has prompted a response from Blizzard.

Voice and open chat in online games, not just Overwatch, has plenty of problems with toxicity but the clip shared by ‘Respect_Rose‘ is pretty over the top no matter what game you play.

The clip was taken during a competitive match on Blizzard World and begins as Rose is defending the first point with her team when the tirade begins.

What happened in the clip?

In the clip it’s clear that at least three of Rose’s teammates are getting in on being racist online, but it’s hard to tell exactly who’s talking during the clip.

What is clear is that Rose’s teammates were dogpiling her because of her race and Blizzard made the right move by taking action.

Rose said that the incident hasn’t discouraged her from gaming and it’s far from the worst she’s seen online, but she posted the clip to send a message.

“I’d just like to say, this is certainly not the worst altercation I had in gaming. I’ve done Modern Warfare, I’ve done Call of Duty, GTA you name it. But I wanted to post this clip to show that it’s still happening in 2019.” Rose said. “Yes I could have muted, yes I could have left but no matter what I do as a POC (person of color) and ESPECIALLY to the LGBTQ community , no matter where we go there’s discrimination period. I also don’t want POC and the LGBT communities getting discouraged from continuing what they want to do.” 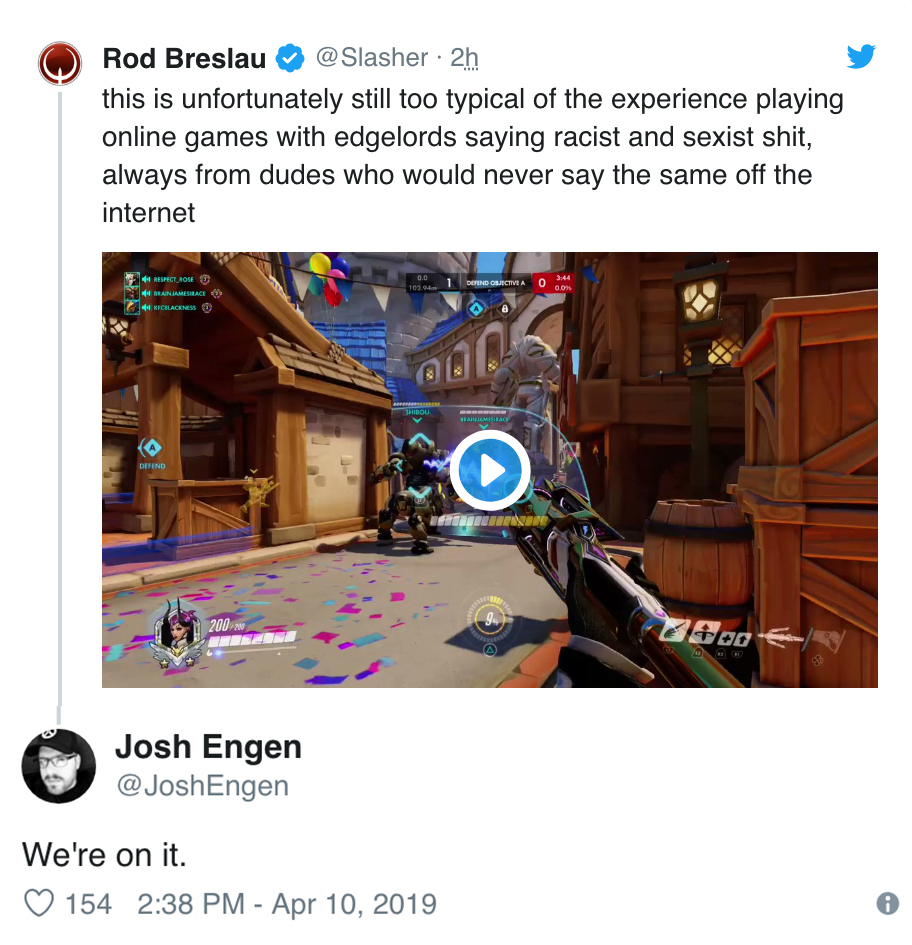 What was Blizzard’s response?

After Rose posted the clip to Twitter, Blizzard Customer Support and Josh Engen from Overwatch’s Social Media team responded to a post of the video from esports reporter Rod ‘Slasher‘ Breslau and said that they were looking into the situation.

Apart from Blizzard’s response, Rose also got a lot of support from the Overwatch community after posting the clip.

It’s obvious from the response that the vast majority of Overwatch players find this kind of behavior disgusting, but a few bad apples like this can really tarnish the reputation of a game’s community.