Jeff Kaplan has revealed that Blizzard is working on improving the aim-down-sight mechanic of new Overwatch hero Ashe.

Having reached the live servers on November 13, Ashe is the 29th
hero in Overwatch and the first to use an aim-down-sight (ADS) mechanic for her primary weapon.

The likes of Widowmaker and Ana have full-blown scopes, but all other heroes simply use the crosshair to aim their weapons. Ashe is the first to have the option of using a sight on her rifle to aim, a mechanic that’s quite common in first-person shooters.

Unfortunately, many players have reported issues with Ashe’s ADS, claiming that aiming down the sights feels clunky and awkward, making it in some ways more of a hindrance than help.

One of the most obvious problems with Ashe’s aim-down-sight is that the animation is locked at 60 frames per second.

Though this isn’t an issue for all players, for those running the game at a higher FPS and using monitors with a high refresh rate, the result is an animation that looks stuttered, as the animation “jumps” between positions when spread across a higher framerate. 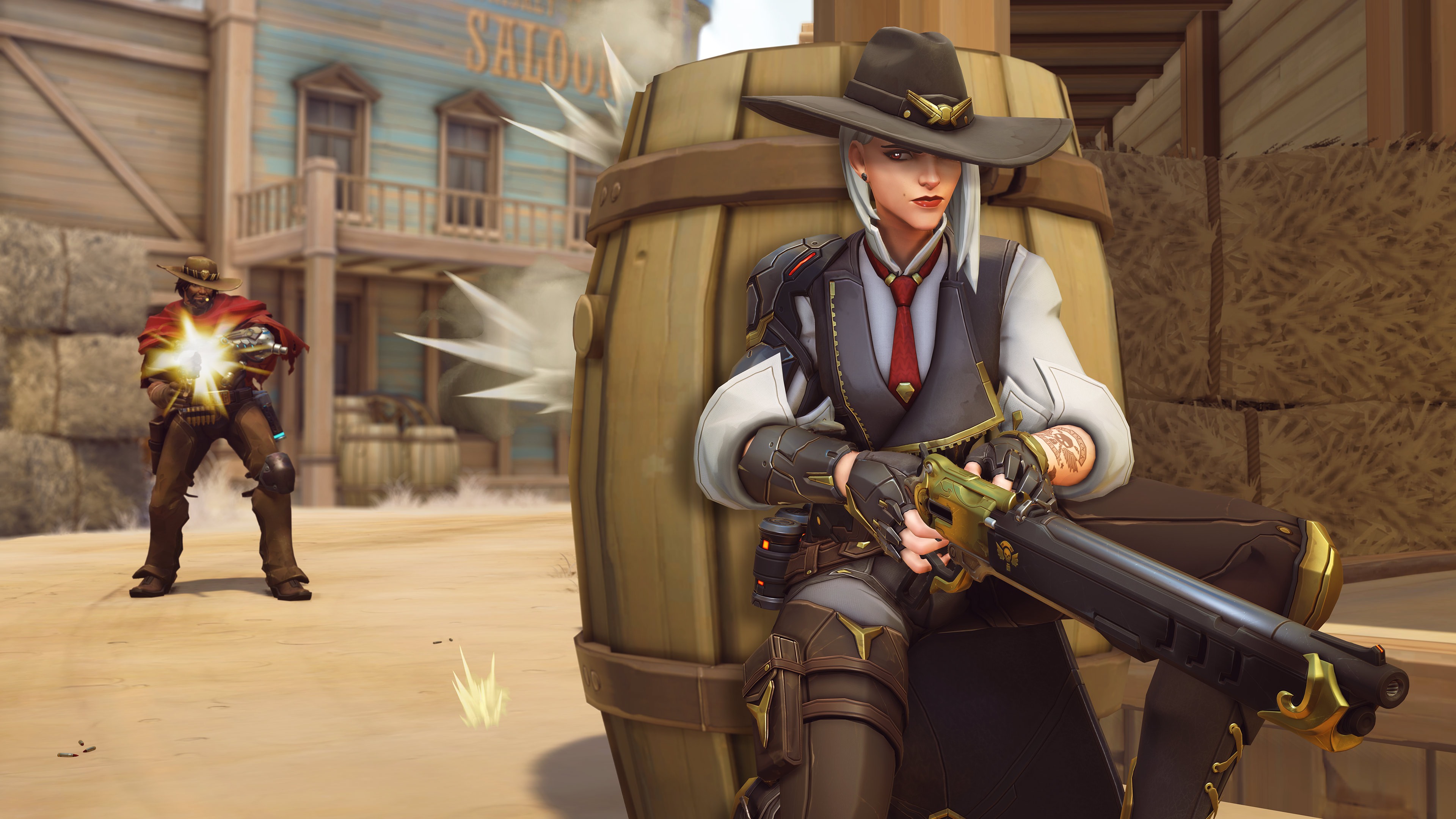 The concept of Ashe has proven very popular, but the execution might need some small adjustments.

Even players who don’t directly see the issues with the animation have reported that something just doesn’t quite feel right about Ashe’s ADS, however, even if they can’t quantify exactly what the problem is.

Fortunately, it seems a fix is on the way, as game director Jeff Kaplan appeared in a reddit thread to reveal that Blizzard has something in the works.

“Currently, if you play Ashe on PC and have higher than 60 fps, the aim down site (ADS) animation can look choppy or “stepped”. There is no lag going on. The ADS still happens at the correct speed. But the animation looks can feel a bit off.

In an upcoming patch, the ADS is smoothed out regardless of how high your fps is and should feel much better.

Unfortunately, right now, the patch that it is fixed in is 1.32 (1.31 is on the PTR right now). We’re looking into pulling the fix forward but it’s unlikely. It’s a lot of code and needs a fair amount of testing so we don’t want to rush it and risk breaking something else.

Apologies for the issue.”

Whether or not the planned changes will fix all of the complaints players have had with Ashe’s ADS mechanic – some of which don’t necessarily seem tied to the ADS animation itself – remains to be seen, but it certainly seems Blizzard are committed to improving the “feel” of the hero.