A new bug in Overwatch has been discovered that apparently traps players in a certain spot on Eichenwalde, leaving them unable to escape or move at all.

Eichenwalde was one of the first new maps added to Overwatch all the way back in the halcyon days of 2016, and it’s a prime example of the game’s “Hybrid” map type, containing both escort and control point objectives.

But just because it’s one of the older maps in the game, doesn’t mean random bugs and glitches can’t pop up on it, which seems to be what’s happening on the latest patch. 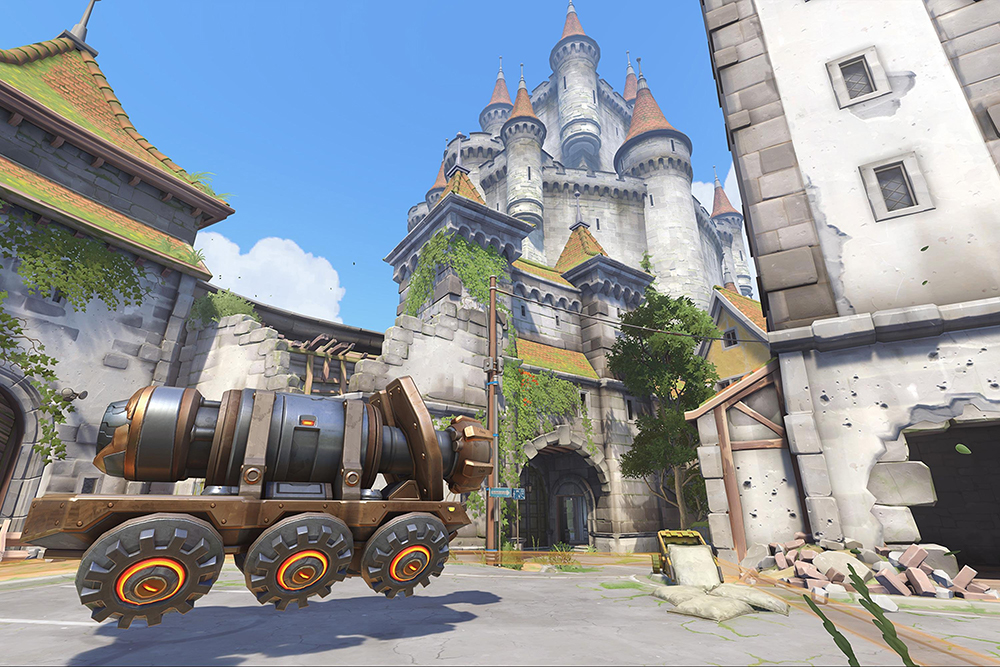 Eichenwalde was added to Overwatch in 2016.

In a post to the Overwatch subreddit on December 16, user arlonarvesu uploaded a video that shows a spot on Eichenwalde where characters can get completely trapped and be unable to move.

Sure enough in the video when they jump on top of the flower pot at the first choke, Zarya is unable to move for a few seconds before being released from the spot.

Jumping and using the directional keys seems to have no effect, and the spot only releases Zarya when it seems like it’s good and ready to.

Obviously the bug wouldn’t be that bad on offense if you have teammates around to help protect you and distract the enemy team.

On defense the spot would probably be a death sentence, seeing as how close it’s located to the attacking spawn.

Arlonarvesu did say that the glitch potentially cost them a match though when they were hurrying back to try and touch the point during overtime, which would definitely be a little frustrating.

Even though the bug seems annoying, it doesn’t trap you forever and can probably be avoided in most cases if you just steer clear of the spot, unless you’re booped into it or something.

It’s nowhere near as game-breaking as the Mei Ice Wall bug that literally tilted players and allowed them to fly around during games.

Blizzard obviously fixed the Mei bug pretty quickly, but so far the problem has yet to be listed on the current patch’s “Known Issue List” and the publisher has yet to respond to this Eichenwalde glitch at the time of writing.