Artist and Overwatch fan Grigory Lebidko has returned with two amazing new Mercy-inspired concepts called the “Sisters of Mercy” that look good enough to be added to the game right now.

Lebidko said he made the piece in his spare time and had already made concepts for a DPS and Tank, so he decided to finally make a support – and two healers are always better than one.

It’s not the first time Lebidko has made impressive Overwatch fan art, back in 2018 he created a jaw-dropping skin concept that takes Reaper back to ancient Egypt. 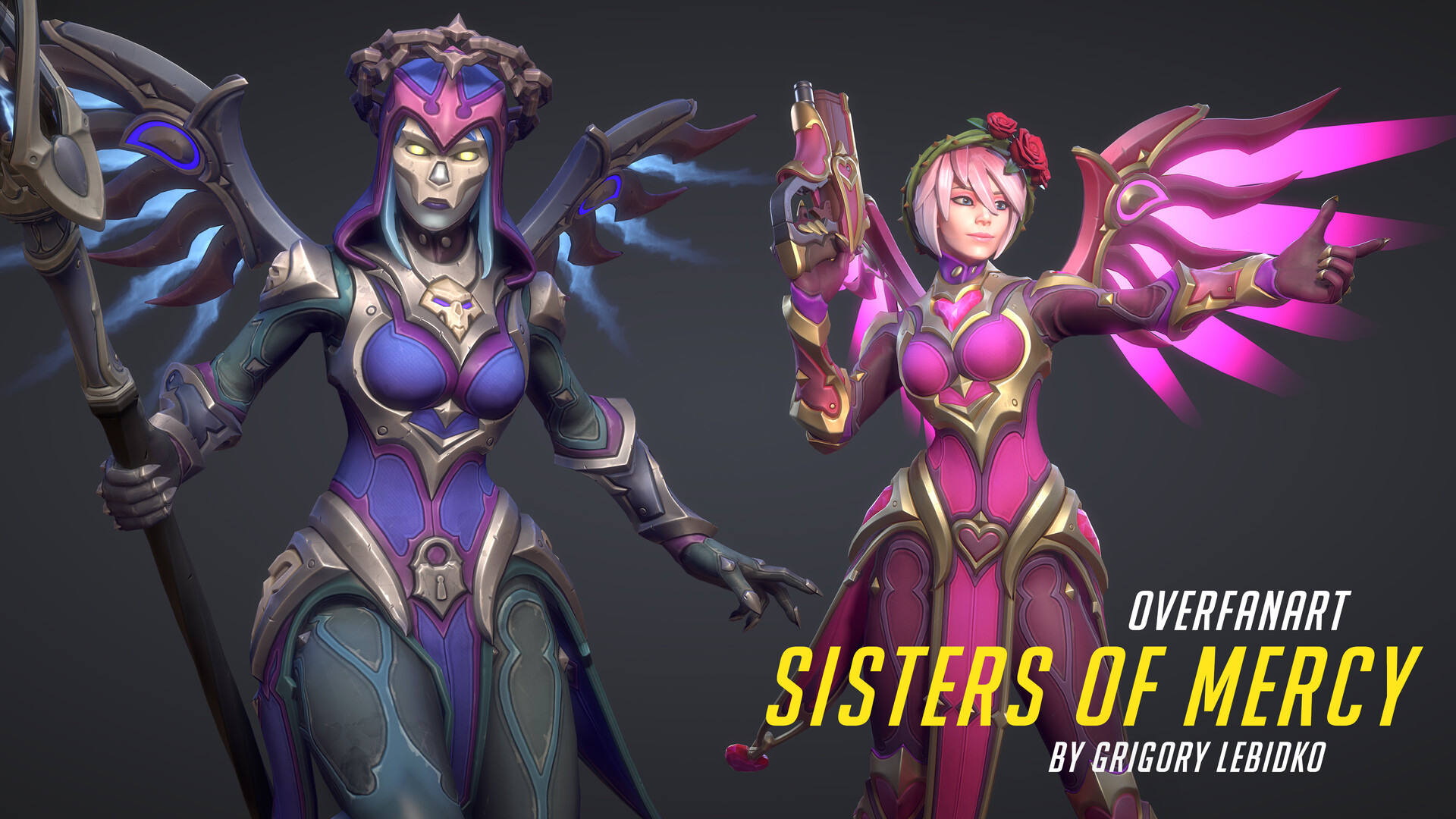 The Mercy Sisters have arrived

Libidko created two different concepts for the sisters, which seem to be complete polar opposites of one another.

We’ll start with the good sister (we assume) who looks similar to Mercy’s Pink charity skin. The pink sister has appropriately pink hair and a crown of roses on top of her head instead of Mercy’s usual halo. 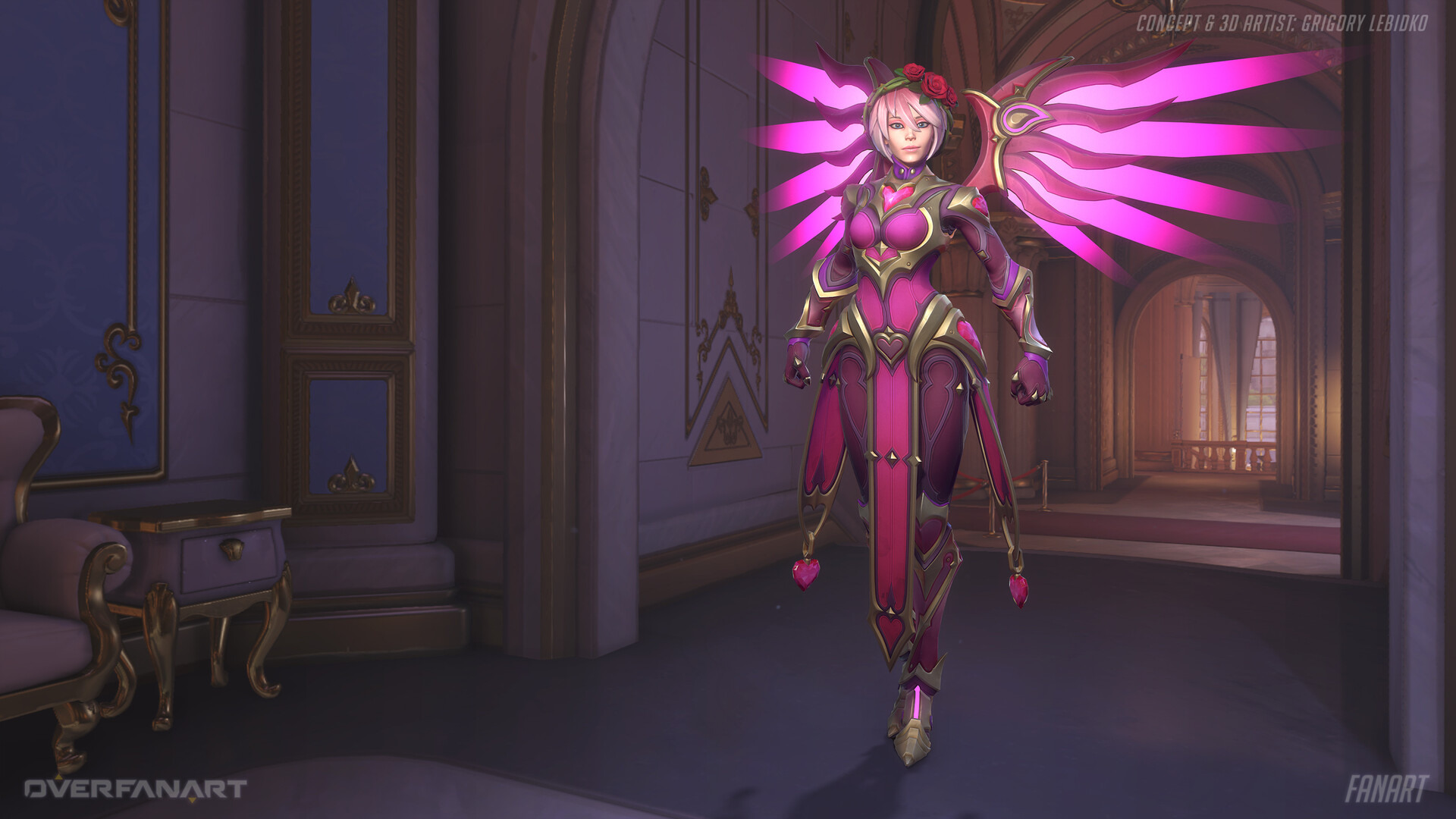 On the other hand, the darker Mercy sister looks like an undead version of the healer, with skulls all over and a chain crown standing in for the halo.

For WarCraft fans, there are some serious Sylvannis Windrunner vibes coming from this concept, which only makes it fit into the Blizzard universe even more.

The dark sister also has an awesome scythe instead of Mercy’s usual staff. It definitely looks like it doesn’t provide any healing, but we probably shouldn’t judge a book by it’s cover. 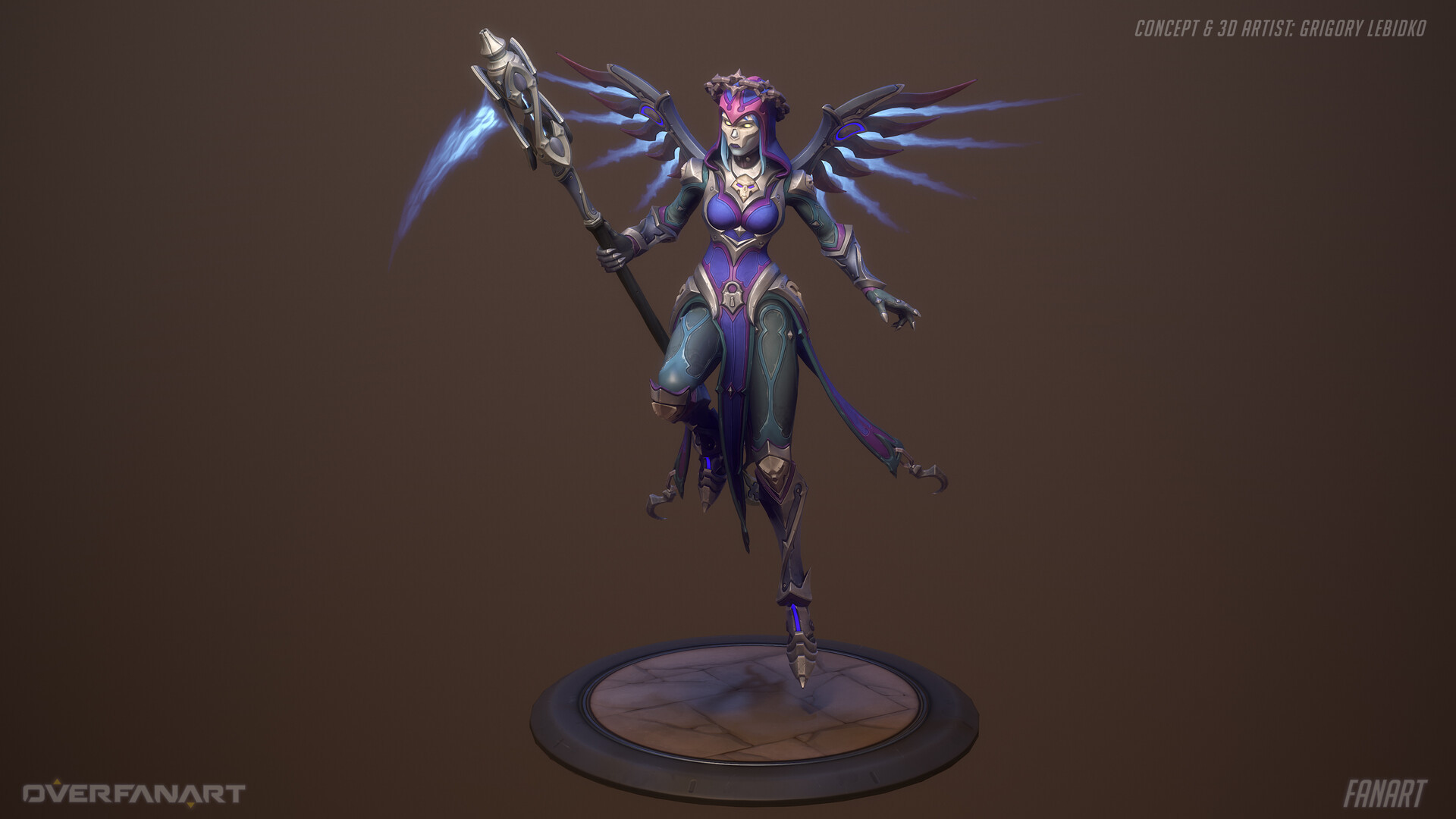 We want to see that scythe in action.
[ad name=”article4″]

Both sisters would make for great Mercy skins in the future, but with October coming right up, the “evil” sister does stand out as a fantastic idea for a Halloween Terror skin.

These concepts may just be fan art, but Libidko did a great job of making them look like they were pulled straight from Overwatch itself. 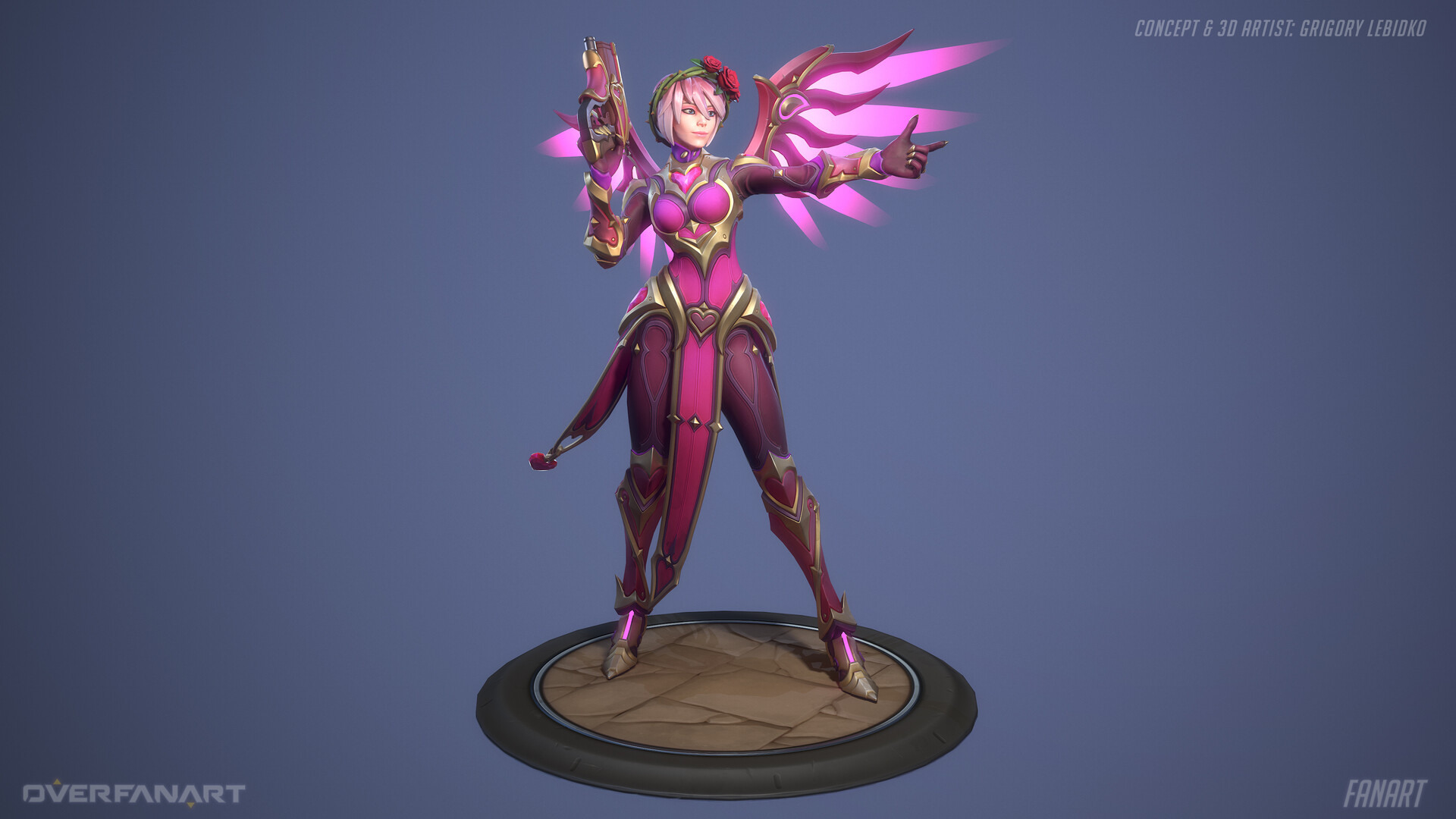 The concepts look so good, you’d think they were in the game if you didn’t know better.
[ad name=”article5″]

Speaking of Halloween Terror, the event usually begins sometime around the start of October, so we could start to see some new skins teased in the next few weeks.

Whether a new Mercy skin is in the works remains to be seen, but there are sure to be a few gems for this year’s event.