The latest major League of Legends update, Patch 9.8, has arrived, bringing with it a host of champion and item balance changes as well as an update to the ARAM game mode.

A total of sixteen champions are receiving balance updates, along with updates to several items that could have a broader impact.

Of particular note are even further changes to Kayle, who has been adjusted in every patch since her overhaul as Riot continue to fine-tune her power level, along with an apparent move in favor of aggressive top-lane play with buffs to Fiora, Renekton, and Camille.

This update is particularly noteworthy for fans of professional League of Legends as it will be the patch that one of the biggest tournaments of the year, the Mid-Season Invitational, will be played on.

Patch 9.8 will also see the introduction of some new skins, with Galaxy Slayer Zed and the Prestige Edition of K/DA Evelynn arriving. In addition, the World Championship skins honoring Invictus Gaming’s 2018 victory will also make their way into the game in Patch 9.8.

An overview of the patch highlights can be seen below, followed by the full patch notes.

The sad boi has some room for buffs so we’re helping him. While these buffs won’t feel too different between skill levels, we expect them to be felt a bit more in higher ranked games.

DON’T LEAVE ME: Amumu now follows his target for up to a reasonable distance from where he cast Bandage Toss, in case targets get out of the stun before he arrives

Camille’s attack speed nerf at the end of last year slowed her camp clear in the jungle, but also left her weaker in lane. We’re buffing it back up since we don’t expect it to make her swing too strong in either roles.

With the recent increases to her Q and W mana costs, we find that Cassio is having trouble staying afloat in lane and in mid-game skirmishes. Since E-max on Cassio makes for a great and aggressive playstyle anyways, we’re killing two birds with one stone, helping her stay in those situations longer and keeping her kill potential high.

We’re rewarding Fiora when she successfully outplays her opponents and making it easier for her to wave clear and take towers without running out of mana in the middle of taking one down.

More throwing people against walls when Gnar is big and angry.

We’re buffing Jhin’s traps and ultimate, two skills that generally felt lackluster compared to the rest of his kit.

TOOLTIP: Fixed a bug where the level-up tooltip was displaying incorrect values

For a champion who’s supposed to have a risky and weak early game in relation to how powerful she becomes late game, Kayle is succeeding early too often. Changes to her base stats will keep her weaker early and when she ascends later compared to before. Also, shout out to Elixir of Skill, and you luckerdogs who saw it drop enough to use the strat.

MEGA EVOLUTION: Ascensions are now based on Kayle’s level and skill points

Shadow Assassin has almost always been overshadowed by Rhaast. We’re hoping that by doubling down on Shadow Assassin’s signature mobility, Kayn players will have more of an option when deciding between the two.

We want Ornn to be stronger, but in a way that’s unique to him. As such, we’re bulking up the items that come out of his passive to strengthen him late-game.

Get out of here decimals, we only like whole numbers for this crocodile. Clean numbers for our scaly god that’ll help him in the midst of a duel or trade.

(Ignore the fact that attack speed growth still has decimals.)

Small buffs to her scaling should help Sejuani’s clear speed, gank potential, and team fight presence without making her too overwhelming in all three fields.

Changes to items like Dark Seal have been indirectly weakening Singed. Along with his general weakness to ranged top lane champs, he’s seen better days. These buffs will help compensate for Singed’s past reliance on Dark Seal and let him cast Fling more often without having to go back to base.

We’re reducing Zed’s burst potential a bit and giving his opponents more chances to catch him.

We’re rolling back part of the cost reduction on BotRK from 8.11 by increasing the early cost of Cutlass. We first decreased the price in a cost-cutting sale across the board, following a noticeable increase in price of marksmen items. But the “discount price” since then has made the item too valuable for marksmen.

We’re rolling back part of the cost reduction on BotRK from 8.11 by increasing the early cost of Cutlass. We first decreased the price in a cost-cutting sale across the board, following a noticeable increase in price of marksmen items. But the “discount price” since then has made the item too valuable for marksmen.

Making Bramble Vest’s Grievous Wounds duration consistent with the effect on other items.

We changed the tooltip in 9.7, but didn’t actually apply the change… Fixed it now, woops.

Energized effects increased and slow decays over a longer period of time.

Right now, the only champion who’s really buying Stormrazor is Kai’Sa, which is mainly due to its stat profile than its Energized passive. We want players considering it for its unique effects too.

GIVES YOU WINGS: Energized effects are increased by 30% ⇒ 35%

Making Thornmail’s Grievous Wounds duration consistent with the effect on other items.

Butcher’s Bridge is sinking below the depths! 9.8 marks the end of the ARAM – Back to Bilgewater event and we’ve made some decisions on which experimental changes to keep based on your feedback! Here are the changes; stay tuned for a more in-depth post about these decisions on Nexus.

WINTER IS HERE: Howling Abyss has returned. Butcher’s Bridge is gone until next time!

REMOVED – PIRATE’S BOUNTY: Mariner’s Vengeance and Ghostwalkers are going down with the ship. Bridge. Whatever.

WARMOG’S: Warmog’s Armor will continue to grant health regen based on missing health rather than max health

REMOVED – SUMMONER SPELL: Backtrack is going back into nonexistence

NEW – RUNE ADJUSTMENTS: Rune adjustments from 9.7 will continue as a permanent feature in ARAM

REMOVED – BANS: After much discussion and weighing your feedback, bans will not be a permanent feature in ARAM.

UPDATED – END IT MY DUDES: After 15 minutes in all ARAM games, minion waves’ spawn rates will increase, minions will gain more movement speed, and champions will deal more damage to structures 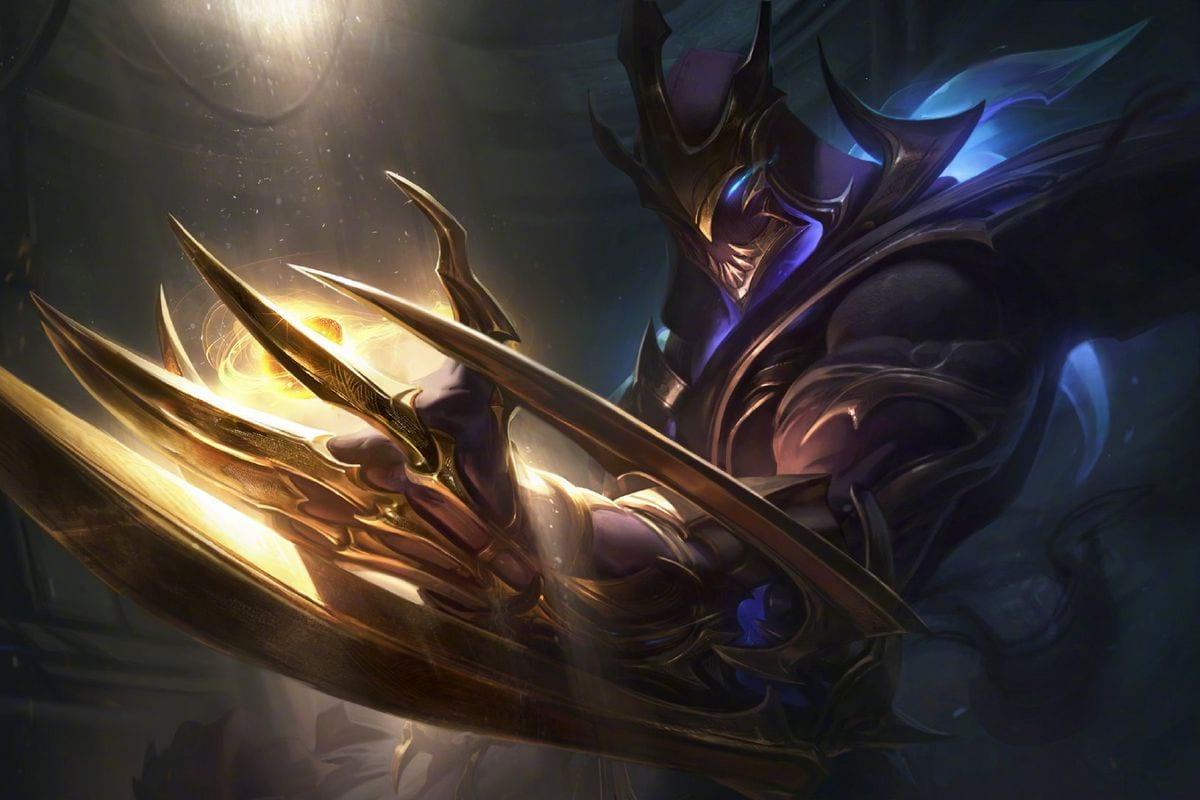 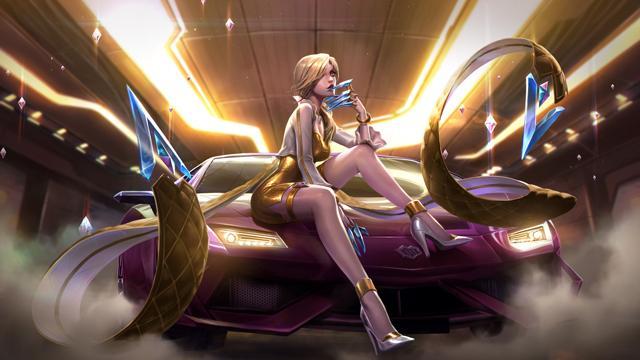 The skins representing the 2018 World Championship winners, Invictus Gaming, will also be arriving this patch. 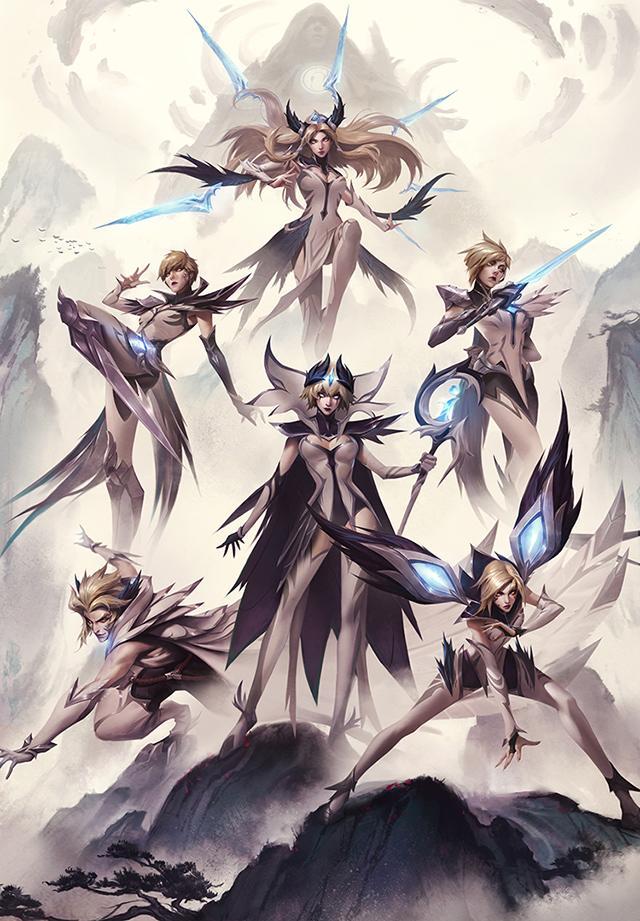