After a thrilling first day to the Twitch Rivals Teamfight Tactics Showdown the players left standing came back to finish what they started on July 18 for an epic conclusion to the star-studded event.

The League of Legends developers’s autobattle hasn’t been out for long but some of Twitch’s top streamers are already showing off high level tactics and builds to absolutely eviscerate their competition.

But to up the ante, Twitch put down $125,000 to see which of the 64 players would overcome the heap to earn the lion’s share of the impressive pot for the popular new game. 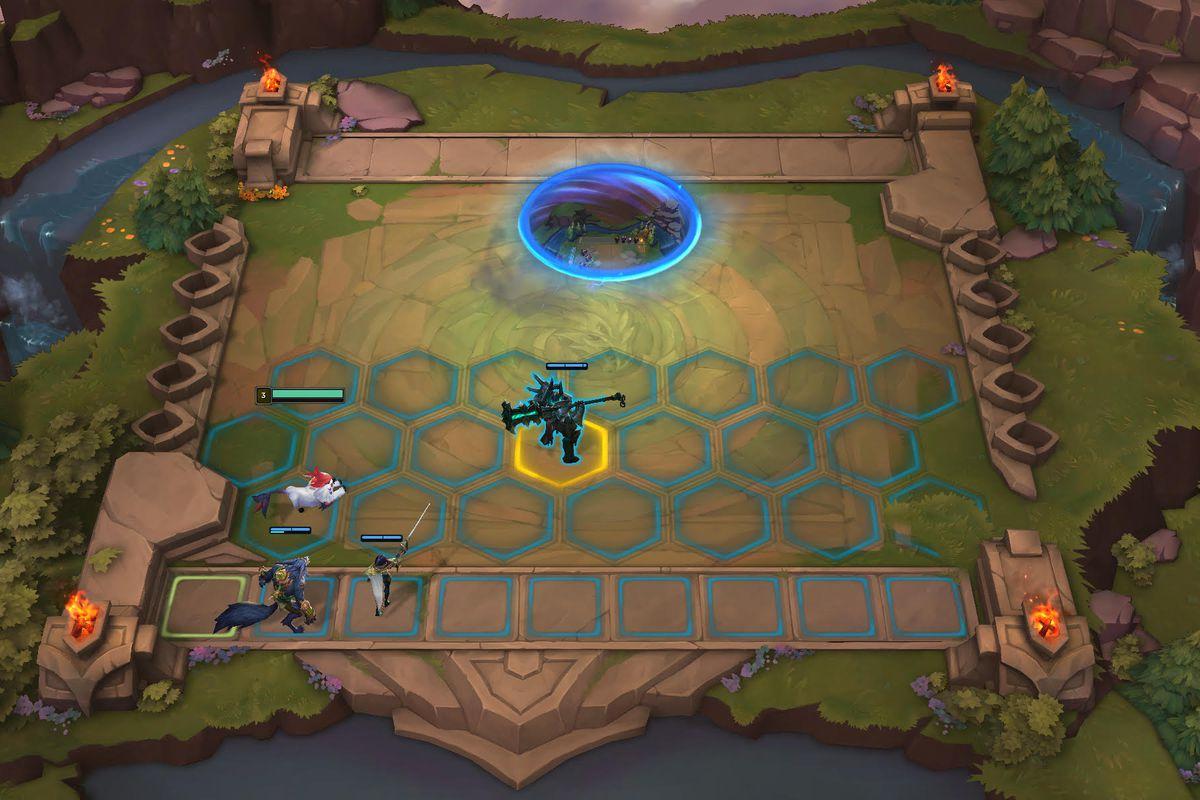 It was one versus the world in Twitch Rivals Teamfight Tactics Showdown!

Everyone that’s loaded up Teamfight Tactics are aware of the many bugs and overall issues that’s plaguing the mode, but even still the lobby of contestants made their way through the pools.

The first day had its own set of upsets as big names like Hafu and DisguisedToast weren’t able to get out of the first day, thinning out the crowd of top contestants and opening up the playing field.

The second and final day of the event had the remaining 16 players split into two groups to play through a revolving lobby of four games.

At the end of the four games, the top eight players moved to a hyped winner-take-all final the game to find out who would take the biggest stake in the event. 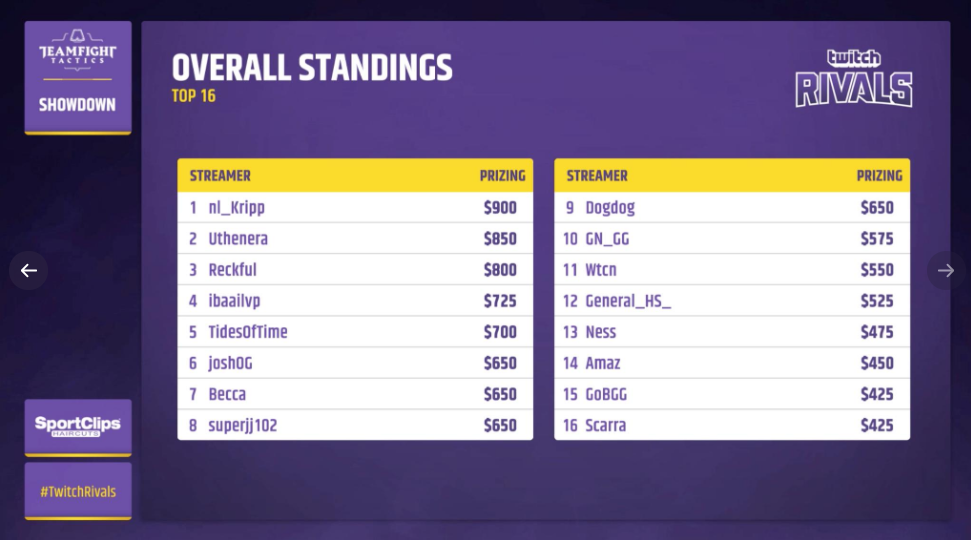 The overall placements of the Top 16. 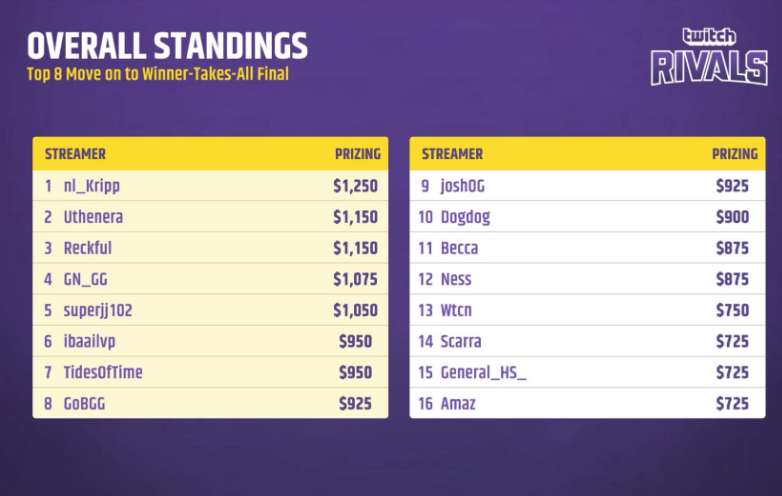 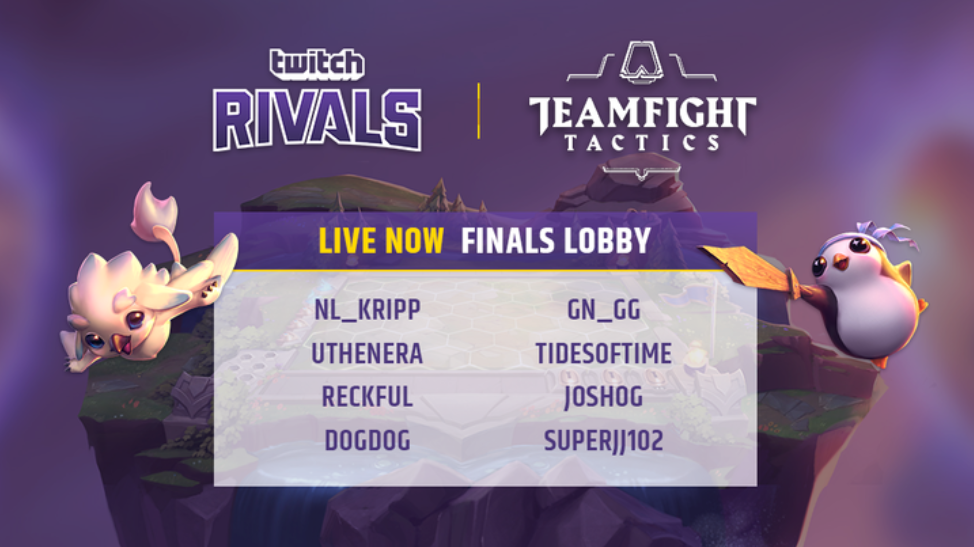 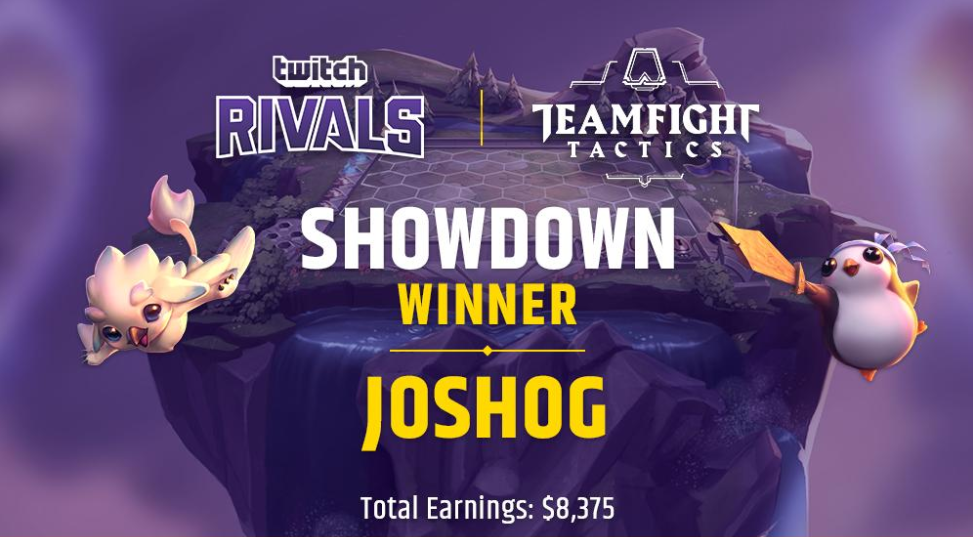 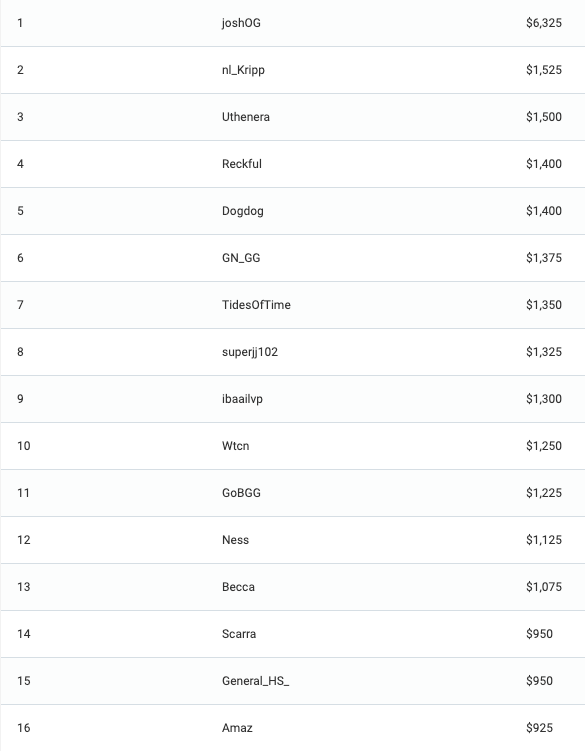 Coming away with the top honors on the biggest Teamfight Tactics event so far was JoshOG who had to pull of an amazing clutch leading up to the championship match.

While the competitive scene for the autobattler is still growing, it’ll have no problem thriving in a stacked esports arena if it delivers the same kind of action in the Twitch Rivals Teamfight Tactics Showdown.