Teamfight Tactics might use League of Legends champions, but it’s a very different game to Riot’s massive MOBA.

Riot’s entry into the increasingly-popular autobattler genre has been a huge hit so far with players and viewers alike, with the game routinely appearing among the top categories on Twitch since its release.

The game sees players build rosters of champions and try to put together the strongest possible compositions, because once a round of battle starts they can only spectate as their team attempts to defeat the enemy.

Not all aspects of the champion system are obvious, however, so to help you craft the most powerful teams possible here’s everything you need to know about how champions work in Teamfight Tactics.

Teamfight Tactics has proven an immense success so far.

Not all champions are made equal in Teamfight Tactics – some are designed to be inherently more powerful than others.

There are five tiers of champion rarity, and as a general rule the more rare a champion is, the more powerful it is – although items and champion levels also play a factor.

The rarity of the champions that are likely – or even possible – to appear in your store depends on your own level. Tier 5 champions don’t appear at all until level 6, for instance, and as your level increases the likelihood of seeing higher tier champions also goes up.

A champion’s cost is also increased the higher up the tiers you go, with units costing one gold per tier – a tier three champion, for instance, costs three gold.

The drop rates at the various tiers can be seen in the image below. 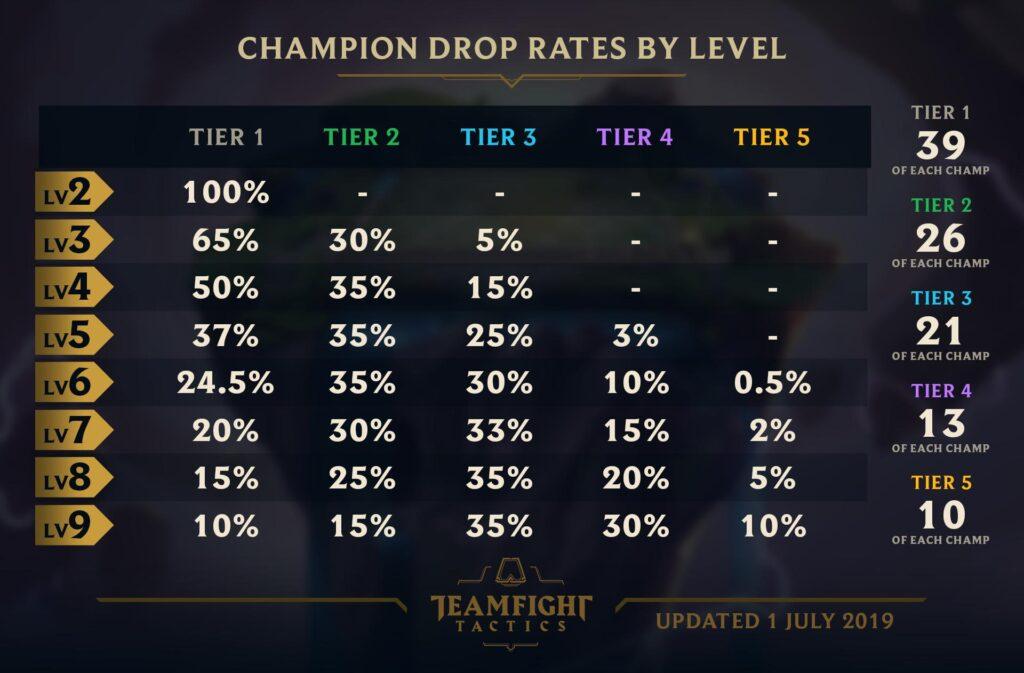 The drop rates for the different champion tiers.

The easiest way to power up your champions is to simply increase their level, which results in a direct improvement to all of their base stats.

Champions have three possible levels, starting at level one for the standard units straight out of the store. Collecting three of these will result in them merging into a more powerful level two unit, and thee level two units form a level three champion.

To get a level three champion therefore requires a total of nine versions of the unit to be bought from the store or collected from the shared draft carousel. There’s a catch, however, as all players are actually pulling from the same store, and there are a limited number of each champion.

That means that if you see other players with multiple units of the same champion that you’re hoping to level up, your chances of finding enough versions of that champion are significantly reduced, which is one of the reasons it’s important to keep an eye on what other players are doing.

The total number of available units for each champion in a game decreases as the champion’s tier increases, with the following total numbers for each tier. 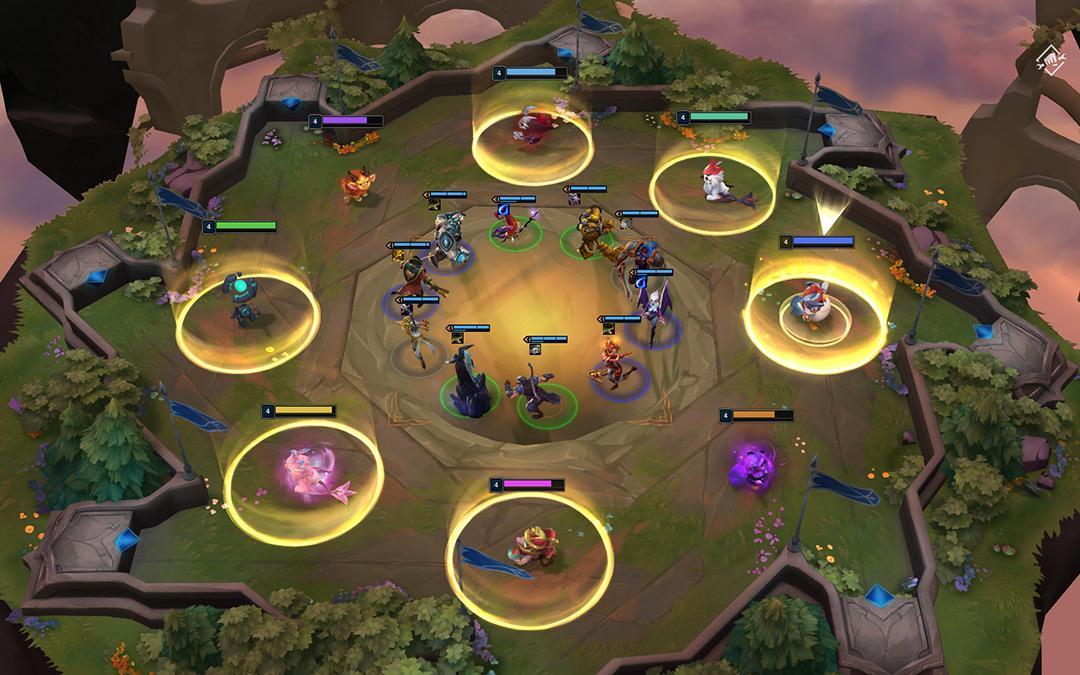 As well as the store, players can grab champions during the shared draft carousel stages.
[ad name=”article5″]

Perhaps the most important factor determining which champions you should be fielding is the champion traits, which grant additional bonuses when the line-up features enough champions that share traits. A full look at traits and the bonuses they offer can be found in our champion synergies guide.

There are a variety of different compositions that can prove powerful, especially with the right items on the right champions, but the key point is that trait bonuses are often more valuable than any one champion, so it may well be worth putting in a lower level champion in order to unlock the bonus even if that unit itself will be less useful than the one it’s replacing.

This is increasingly true towards the end of the game, where some of the bigger bonuses that require four or six champions with the trait can start to come online, so it’s important to keep in mind what traits you’re aiming for as you build your team.