Riot Games were anticipating the bombardment to their servers that Teamfight Tactics was sure to bring. The company had given their community a notice that “game starts will be throttled” in their timeline announcement, but it seems like wait times are going to get worse.

Players expecting to get into a quick game might want to sit tight since SapMagic came out with an update that not everyone will be too keen on receiving. 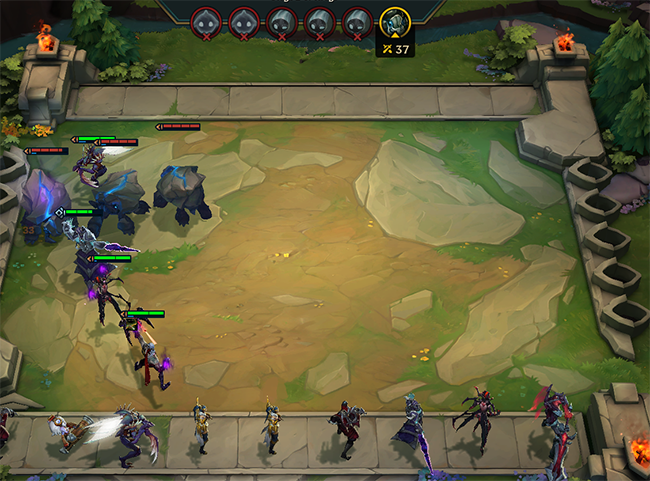 In a June 26 tweet, the UX Lead for Teamfight Tactics initially told the community that they’ve “enabled queue time throttling due to high demand.”

“Basically—we’re having a hard time keeping up with all the TFT games right now,” SapMagic said. “Expect a 5+ minute delay, which helps keep our servers from crashing.”

But the Riot dev added more bleak news for hopeful players in a follow up tweet mere hours later as the game apparently increased in popularity that’s only going to increase the bothersome wait for many.

This is increasing as more players log in and try to play games. We're seeing what we can do, but expect this to get longer, 10-15+ minutes, until things calm down.

“[The queue time throttling] is increasing as more players log in and try to play games,” SapMagic said. “We’re seeing what we can do, but expect this to get longer, 10-15+ minutes, until things calm down.”

The queue times are affecting everyone equally as League of Legends Championship Series analyst Mark Zimmerman even joked: “turn off league of legends so we can play tft.”

That might very well be a shared sentiment with a lot of early fans of Teamfight Tactics as they’re trying to load up the game.

Teamight Tactics looks complicated at first glance but gets way better as you play on.

Learn how to play Teamfight Tactics while you wait

People are going to be hearing about Teamfight Tactics for a while it seems, and there are plenty of ways to improve during these prolonged wait times.

Beginners who are just picking up the game could look into guides that dive into the champion tier lists while learning how to power up their pieces.

There are also various synergies among champions with similar traits and effects that would go really far into improving the Teamfight Tactics experience.

The new mode has tons of elements to read up on as Riot Games weather the storm that Teamfight Tactics is bringing to their servers.