The League of Legends fan base got their first look at the upcoming Visual and Gameplay Update (VGU) for Pantheon, and they were more than impressed with the champ’s new direction.

Riot Games have added dozens of characters to its popular MOBA in its 10 years of life. To keep every champion feeling fresh or balanced among the newer roster entries, the League of Legends devs usually overhaul a character with new abilities and a facelift with VGUs.

While fans already know a few champs who are in line to get a rework, it looks like progress on Pantheon has been developing extremely as can be seen in the latest dev update giving a look on his new form. 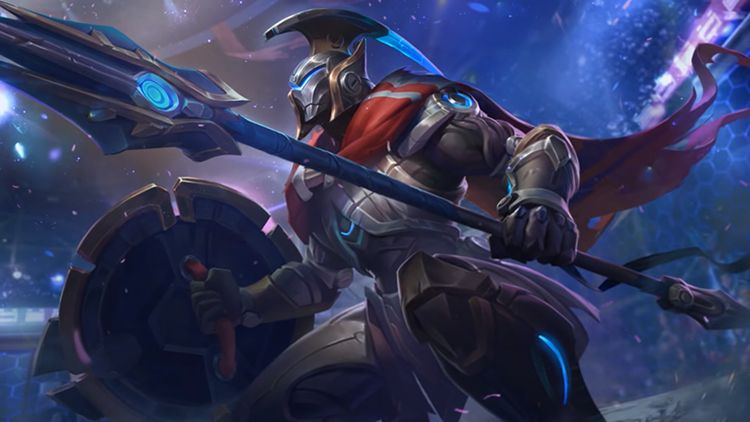 In a July 29 video, the devs pulled back the curtain on the Artisan of War’s update which is going to give him a revamped lore entry, a peak into a kit that’s influenced by his original abilities and a retooled look.

“There were some things that felt too generic to [Pantheon],” Riot Games Narrative writer Michael Luo said. “So we wanted to make him our Runeterra sort of one-man-army, rather than a faceless, helmet guy.”

To keep the new lore simple, the LoL champ named Pantheon is a warrior named Atreus who has full control of his human body but is able to “wield the Aspect of War’s (Pantheon’s) godlike power.”

With this in mind, the design team gave the updated Pantheon’s base look a major tune-up to reflect that, seen in his majestic cape, helmet, spear and shield but he’s still has battle damage from his mortal days.

This balance is also seen in his new kit that will be changing the point-and-click aspects of his older design. Though there isn’t an official ability breakdown, the dev’s video showed tons of details of his work-in-progress.

His ult is called Grand Starfall, and when Pantheon uses it he “comes in at an angle and comes streaking across the ground.”

So far the League of Legends community are excited to try out the new and improved Pantheon.

“The best and the worst news for a Panth main,” one user said. “Your main gets a worthy rework that makes him an absolute badass, but now everyone’s going to want to pick/ban him so you won’t get to play him for at least a month.”

While another user joked that the dev’s awesome reveal and theme track for the champ us all “Pantheon mains on this blessed day.”

Riot Games are so far shaping up to release a rework that a ton of League of Legends players can’t wait to try out.