Forsen gets eliminated in Teamfight Tactics despite winning fight

Twitch streamer Forsen encountered a very unfortunate scenario during the Twitch Rivals Teamfight Tactics Showdown that saw him eliminated from the game despite winning a battle.

Forsen was one of 64 streamers taking part in the $125,000 Twitch Rivals TFT Showdown, the biggest tournament for Riot’s League of Legends-based autobattler so far.

During one round of the tournament, however, Forsen suffered perhaps the ultimate misfortune, being eliminated in last place despite effectively winning a round of battle. 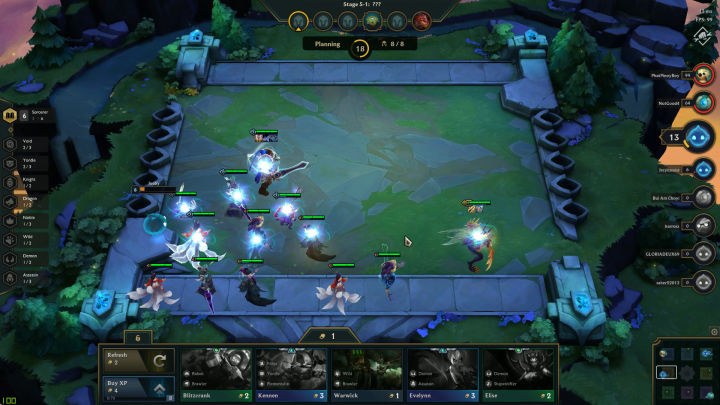 Forsen was in a do-or-die scenario with only 2 health remaining, but he looked set to survive for at least one more round as his team appeared to scrape a narrow victory over NoWay4u’s squad. As the final blow was dealt to his enemy’s last unit, however, Forsen also found himself taking damage, and being knocked out of the game.

Though many players may not notice it most of the time, Teamfight Tactics battle rounds do actually have a time limit. In the vast majority of cases, the timer never comes into play as one team wins quickly enough, but to account for situations in which both teams manage to survive for a long time, there’s a hard limit on how long the battle can take.

In the event that the time does run out, both players will take damage from each other, with extra damage being dealt for each unit still alive as usual. This was what led to Forsen’s demise, with the final hit against NoWay4u’s last man standing just barely not landing in time.

Unfortunately for Forsen the result might have proved costly, as the disastrous eight-place finish may well have played a significant role in him being unable to reach the top eight and advance to the second day of competition.

The Twitch Rivals Teamfight Tactics Showdown will return at 9 AM PST on July 18, with the remaining 16 players battling for the lion’s share of a further $25,000 in prizes that are still to be distributed.