Rockstar Games have rolled out a brand new content update for GTA Online and unfortunately for players wanting to still get diamonds in the Casino heist, they’ve now been pulled from the game.

The game developers had promised that diamonds would feature as a guaranteed reward for completing the heist for one week only, following the Valentine’s Day update, and that window of opportunity for fans to grab a bigger amount of loot from the Casino mission has now closed.

However, that doesn’t mean to say that there’s not a ton of new stuff to talk about, with a new patch rolling out on February 20. Included is a few new cars, a background update adding more rewards to the Lucky Wheel podium and more.

There’s a lot to unpack, so let’s jump right into it.

The Kanjo isn’t the cheapest three-door hatchback we can think of, that’s for sure.

Those wanting to invest in the three-door hatchback are going to have to put their money where their mouth is, though, as it costs $580,000 in-game. Not the cheapest of additions, that’s for sure. 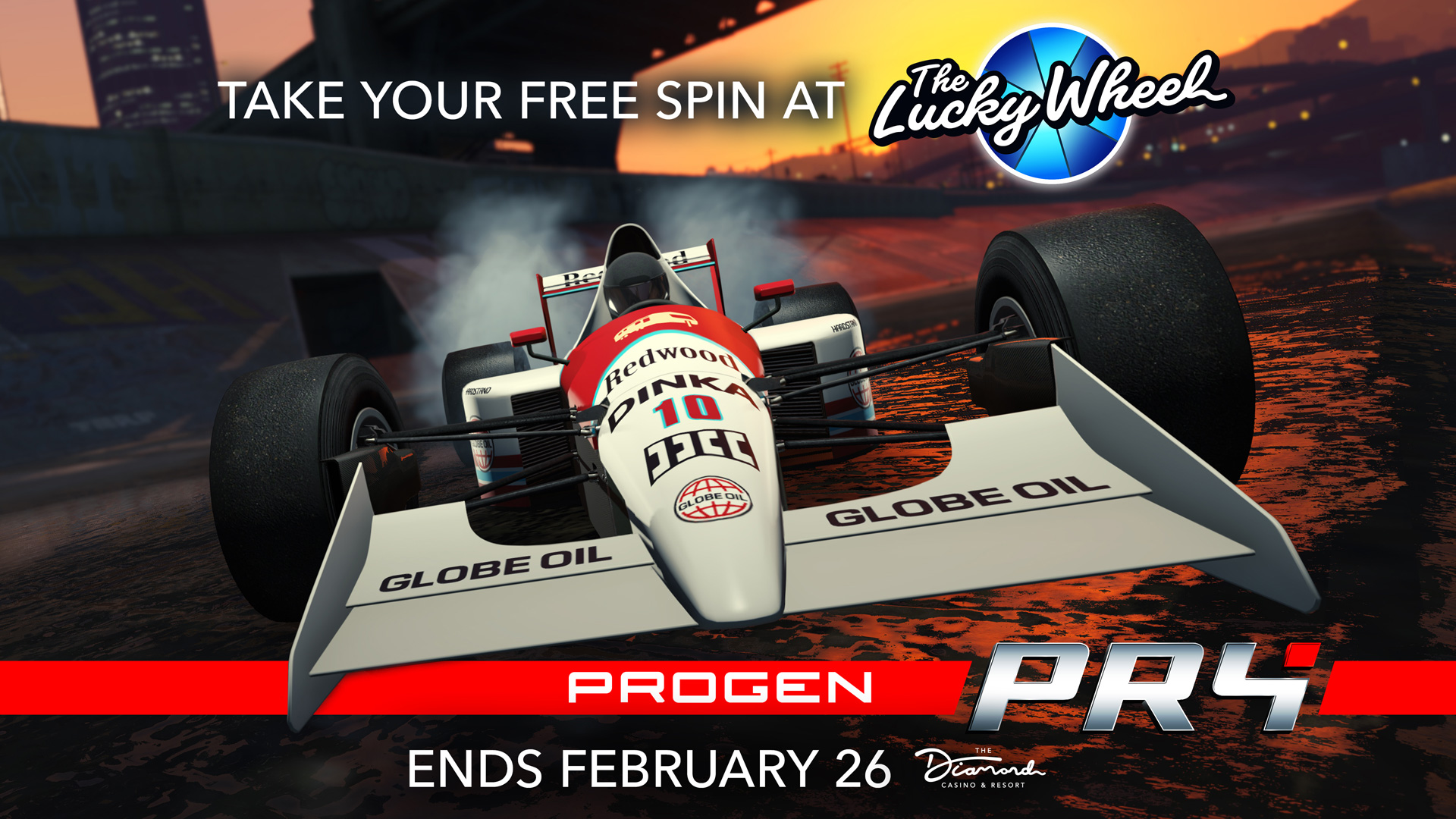 GTA’s first Formula 1 car has been added to the Casino podium.

Grand Theft Auto V’s first Formula 1 car has been added to the Casino podium, the Progen PR4. To win it, all you need to do is spin the Lucky Wheel and hope you land on the podium car. If you’re a lucky winner, you could be driving away with one of the rarest cars the game has ever seen.

However, reliable leaker Tez2 – who revealed information about diamonds being added last week ahead of schedule – claims that more podium cars have been added to the game’s files for future updates. So, all eyes on what happens next week. A few bugs have also been resolved, too.

As is weekly tradition, GTA Online has slashed the prices of a number of items that are available to buy in the game, including cars, properties and more. The following will be discounted for all players, with Twitch Prime members entitled to a further 10% cut.

Other details from the update

For those interested in completing some of the missions in-game, it’s worth noting that the Premium Race for this week will be Downtown Underground, while the Time Trial will be the Great Ocean Highway and Construction Site II has been selected for the RC Time Trial.

Double cash rewards and additional RP bonuses are usually included in the Time Trials and races each week. These follow that trend, too.