Rockstar Games might have thought the time where GTA players would toy around with in-game car glitches had been and gone. However, one has been found again and the word is out.

The game developers thought that they had seen the last of the problem back in Grand Theft Auto IV, where a “cursed” swing set on a playground would launch vehicles miles into the distance. Yet, a very similar glitch has appeared in the series’ current title.

This bug can be particularly useful for those looking to escape a police chase, but not so much for the fine folk at Auto Repairs or Los Santos Customs, because at some stage you’re going to need to fix your vehicle up after it takes a huge hit when landing.

GTA IV had a cursed swing set in the game, which used to flip and wreck cars.

Showcased in a Reddit post from erikag02, who was playing on Xbox One platform, the glitch can take place at a particular spot on Los Santos’ streets.

All you have to do, based on the footage, is line up your vehicle next to a specific automatic gate in the game and start to accelerate, crashing against it constantly for a few seconds. After a few moments, this will spring board your car backwards by some distance.

Talking about the glitch, the user said: “It’s the gate that is glitched that made my car fly. I just pushed my car against the gate in a certain spot and held the acceleration button to make my car drive into it. I also tapped the brake button a few times to get it positioned to get the glitch working. Took a few tries, but I was eventually launched in the air.”

It’s small things like this that make the game fun. from gtaonline

In the clip, the player was close to landing in a nearby swimming pool, although you can’t really control where you drop.

Unlike the “cursed swing set” of yesteryear, this glitch shouldn’t really damage your car until it lands. Damaged vehicles do tend to work better for the glitch, though, so worth giving that a try. The previous bug used to sometimes trash your car without sending you off like a rocket, so it’s cleaner in that respect but not as consistent. Sometimes it will launch high and other times long.

Where is the glitched gate in GTA Online?

If you’re wondering where the fence is, it can be found outside the mansion property in the area of Rockford Hills – as seen in the map below. 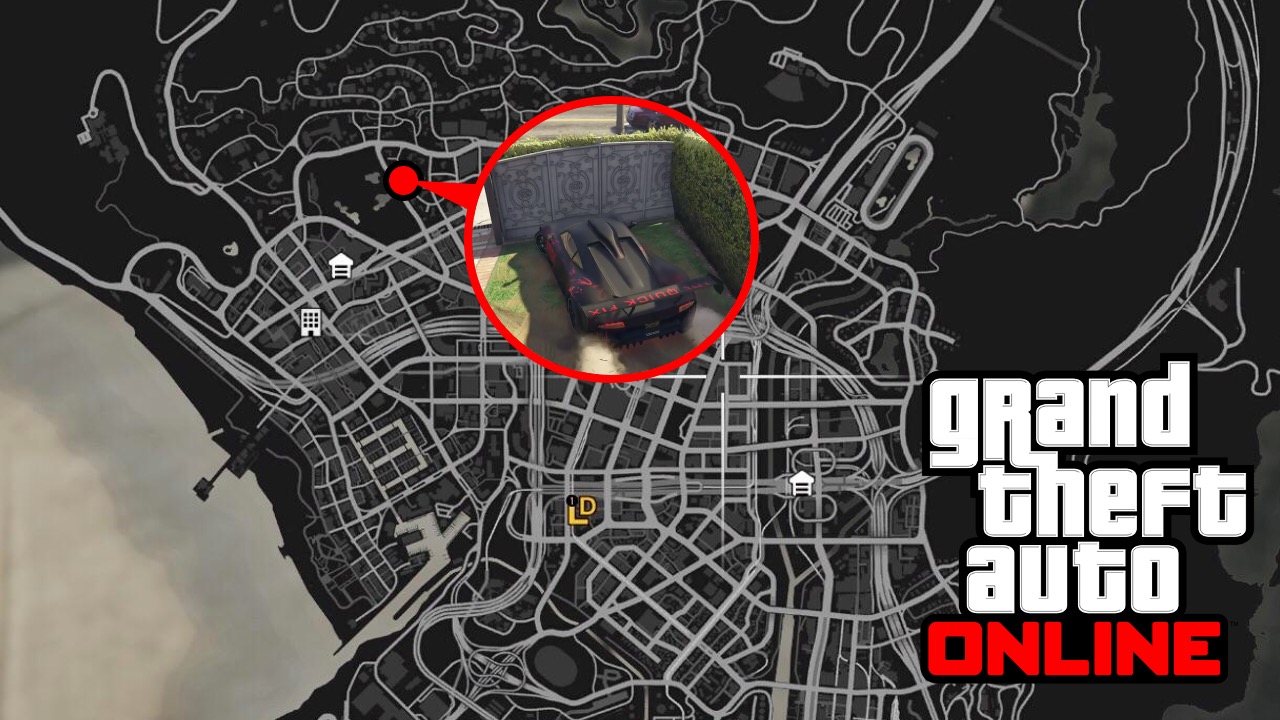 Whether or not Rockstar knows about the issue is unknown at the time of writing, giving players a window of opportunity to try it out.

Some users have also claimed that the gate can do the same to planes, but it might be quite a tight squeeze to get one in the yard and into that position. No doubt some of you will take that as a challenge, though!