The move comes at the heels of mass shootings located in El Paso, Texas and Dayton, Ohio, which brought a wave of criticisms toward violence in video games as political pundits look for a cause to the tragic events.

As a retail giant, Walmart sells products ranging from video games of all nature to hunting equipment which in many super stores includes actual rifles on their product floor. 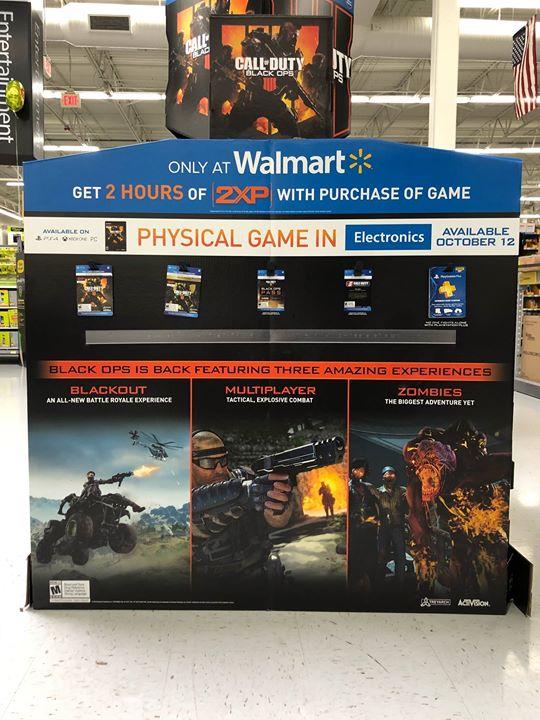 Signage depicting violence will be taken off the Walmart floors.

While there’s a tense atmosphere among the gaming community and the political arena surrounding depictions of violence in video games, it should be noted that both the El Paso tragedy as well as a separate Mississippi shooting on July 30 took place at Walmarts.

Two Walmart employees were killed in the Mississippi shooting, and over 20 people died as a result of the El Paso attack. Now the international super-chain are taking “precautionary measures” following the series of mass shootings across the United States.

“Immediate Action: Remove Signing and Displays Referencing Violence,” Walmart’s notice to employees reads. “Review your store for any signing or displays that contain violent images or aggressive behavior. Remove from the sales floor or turn off these immediately.” 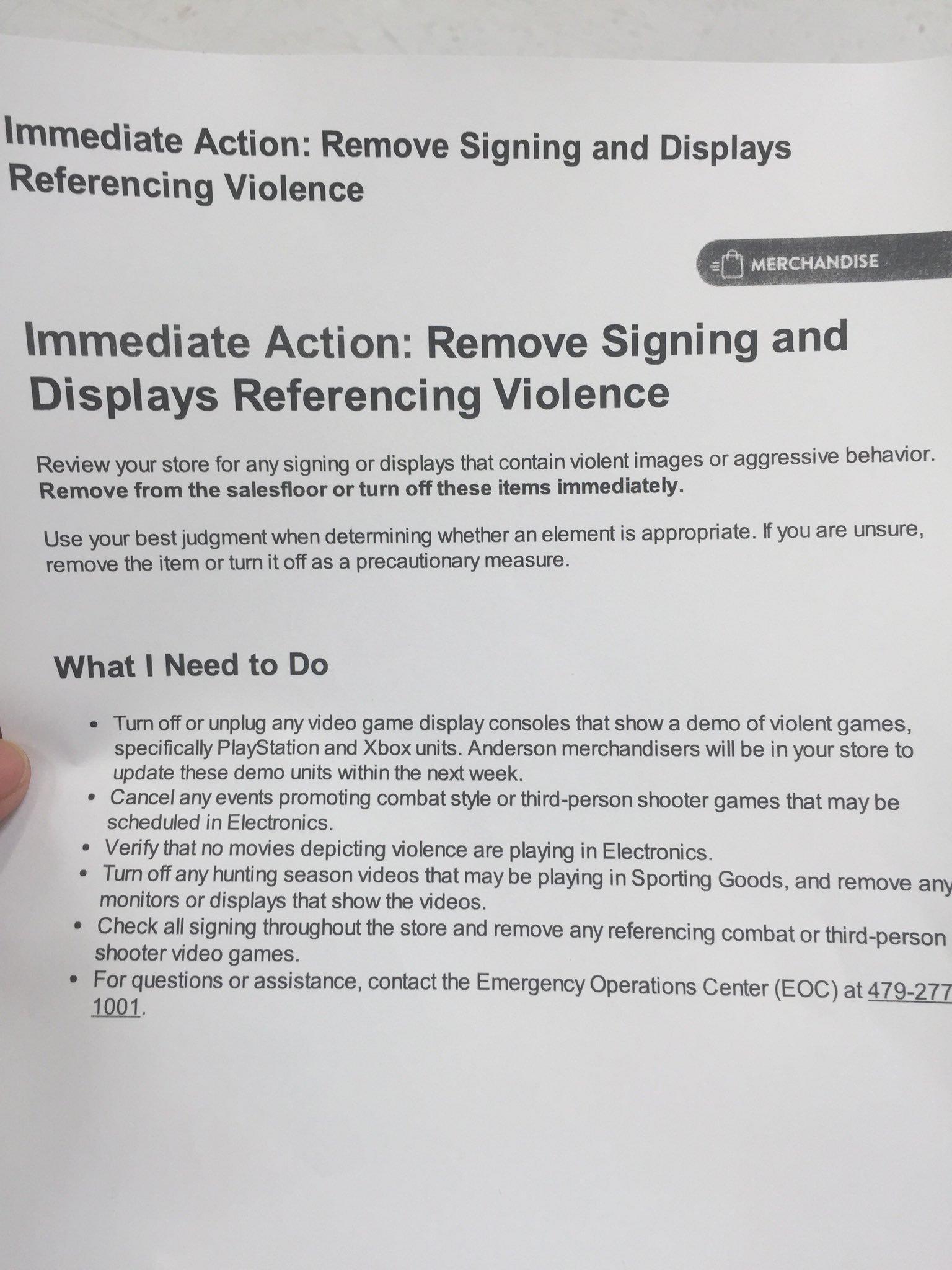 The notice that went out to Walmart employees.
[ad name=”article3″]

Moreover, the memo instructs employees to “turn off or unplug any video game display consoles that show a demo of violent games, specifically PlayStation and Xbox units.”

The decision will also encompass the cancellation for any future events that Walmart stores might have had planned for shooter games.

“Cancel any events promoting combat style or third-person shooter games that may be scheduled in Electronics,” the meme reads. 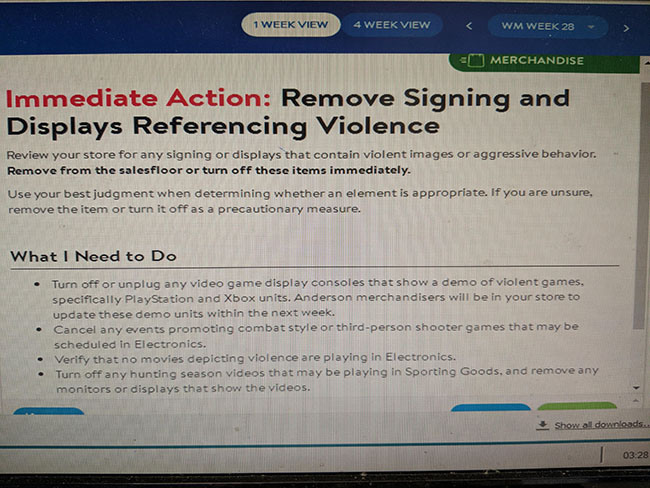 It seems as though Walmart is covering all of their bases by also issuing takedowns for any movies or hunting videos that may contain violent images. If employees are unsure if something qualifies, they are being notified to remove it just to be safe.

The video game industry and its supporters have been adamant that violent video games are being scapegoated by policymakers which could very well deter any progress for finding a worthwhile solution to save lives and prevent further shootings.