Multiple accounts have recently been taken down by Twitter in a recent ‘suspension spree.’

Twitter has announced on Wednesday, August 15 that they are suspending accounts that have been attempting to evade prior suspensions.

The media giant has been cracking down on accounts in recent months for a collection of ‘Terms of Service’ violations, which has sparked a debate between some community members regarding what should constitute a ban.

According to Twitter, accounts being suspended in the most recent purge ‘were previously suspended for abusive behavior or evading a previous suspension, and are not allowed to continue using Twitter.’

The full statement can be viewed below. 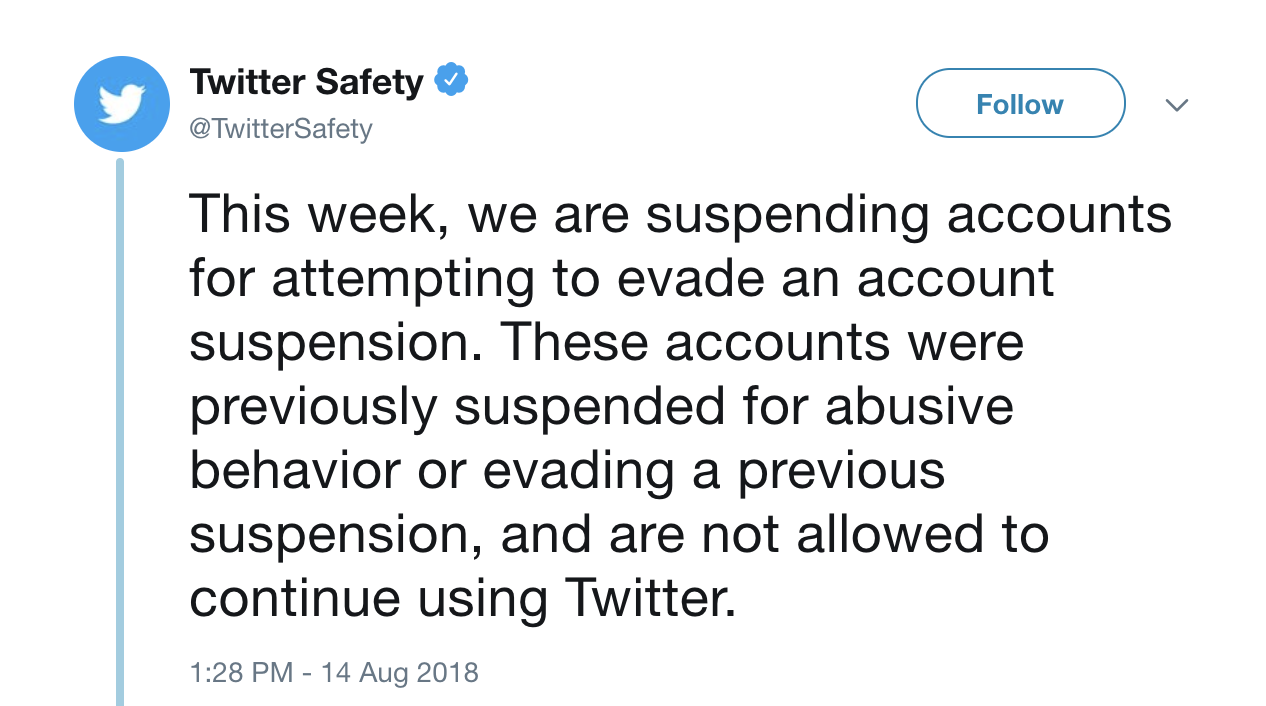 If you think that your account was suspended ‘in error,’ Twitter urges users to appeal their suspension via their Help Center by submitting a ticket.