Is TweetDeck down? Users report widespread outage on July 1

Users are reporting widespread problems with TweetDeck on July 1 as Tweetdeck has gone down.

The start of a new month has created a wide assortment of issues as Tweetdeck has crashed for many users and in turn, they are going to Twitter to complain about.

This outage was first reported around 2:30 PM EST and appears to affect users all around the world and not just one particular area. The outages are still being reported showing that the issue has not yet subsided.

“We are aware that some people are having issues with loading TweetDeck,” they tweeted. “Our team is working to resolves the issue, and we’ll share more updates on this thread!”

We are aware that some people are having issues with loading TweetDeck. Our team is working to resolve the issue, and we’ll share more updates on this thread!

According to the outage map, it seems like the most widespread problem areas include the United States and Europe, but other places are reporting problems too.

The map updates each time a user reports a new issue and you’ll be able to track it live through their website right here. 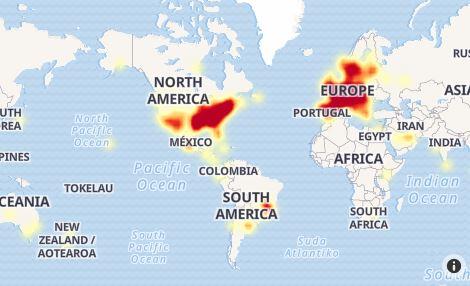 Many disgruntled Twitter users have voiced their displeasure about the issues. TweetDeck going down creates problems for many businesses and people as they rely on the service to schedule tweets in advance.

Tweetdeck goes down and suddenly I'm looking at raw Twitter like they turned on the lights in a dive bar at 2AM.

Yep! Looks like Tweetdeck is down for many in Europe and quite a few the other side of the pond.#omgweareallgoingtodie

It’s worth mentioning that the outages seem to go in and out for people but there’s definitely something going on.

In the meantime, we will keep you updated when the issue has subsided. TweetDeck is hard at work figuring out the issue and what is causing it to be down for so many people.