Nintendo rumored to release new version of the Switch

According to a report from Japanese news site Nikkei, Nintendo is currently developing a newer version of their massively successful Switch console – with some major tweaks.

The Nikkei report holds that this updated Switch will be smaller and cheaper than its progenitor, but will cut a few features in order to justify its price point and size (although the features in question remain a mystery).

Additionally, the new console is said to place an emphasis on portability, and is set to release some time in 2019. 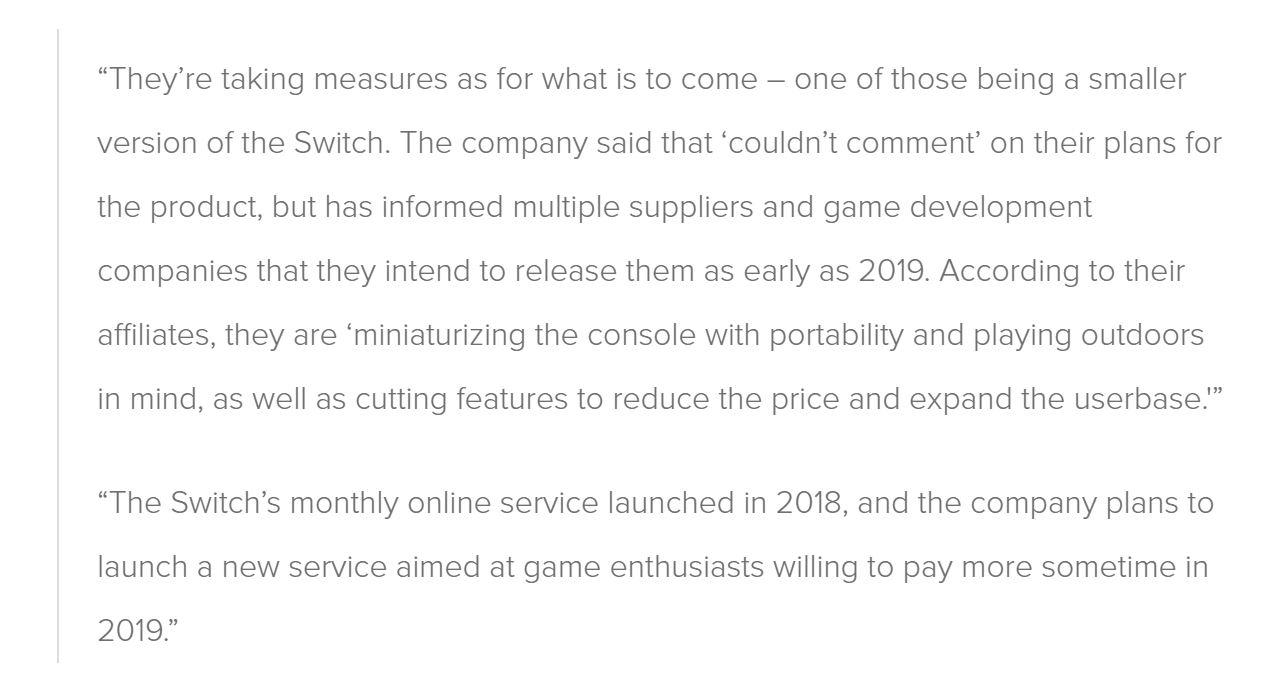 A report from Japanese news site Nikkei holds that Nintendo is set to release a smaller, cheaper version of the Switch in 2019.
https://nintendoeverything.com/rumor-nikkei-claims-smaller-switch-is-coming-nintendo-planning-new-service-for-this-year/

That’s not all; Nikkei’s report also holds that Nintendo could be working on yet another special service for “game enthusiasts willing to pay more,” which will similarly drop at some point in 2019.

This follows the release of Nintendo’s Switch Online service, which allows users to play online, access an exclusive collection of games, and back up their save data to the Cloud for a monthly or yearly price plan. 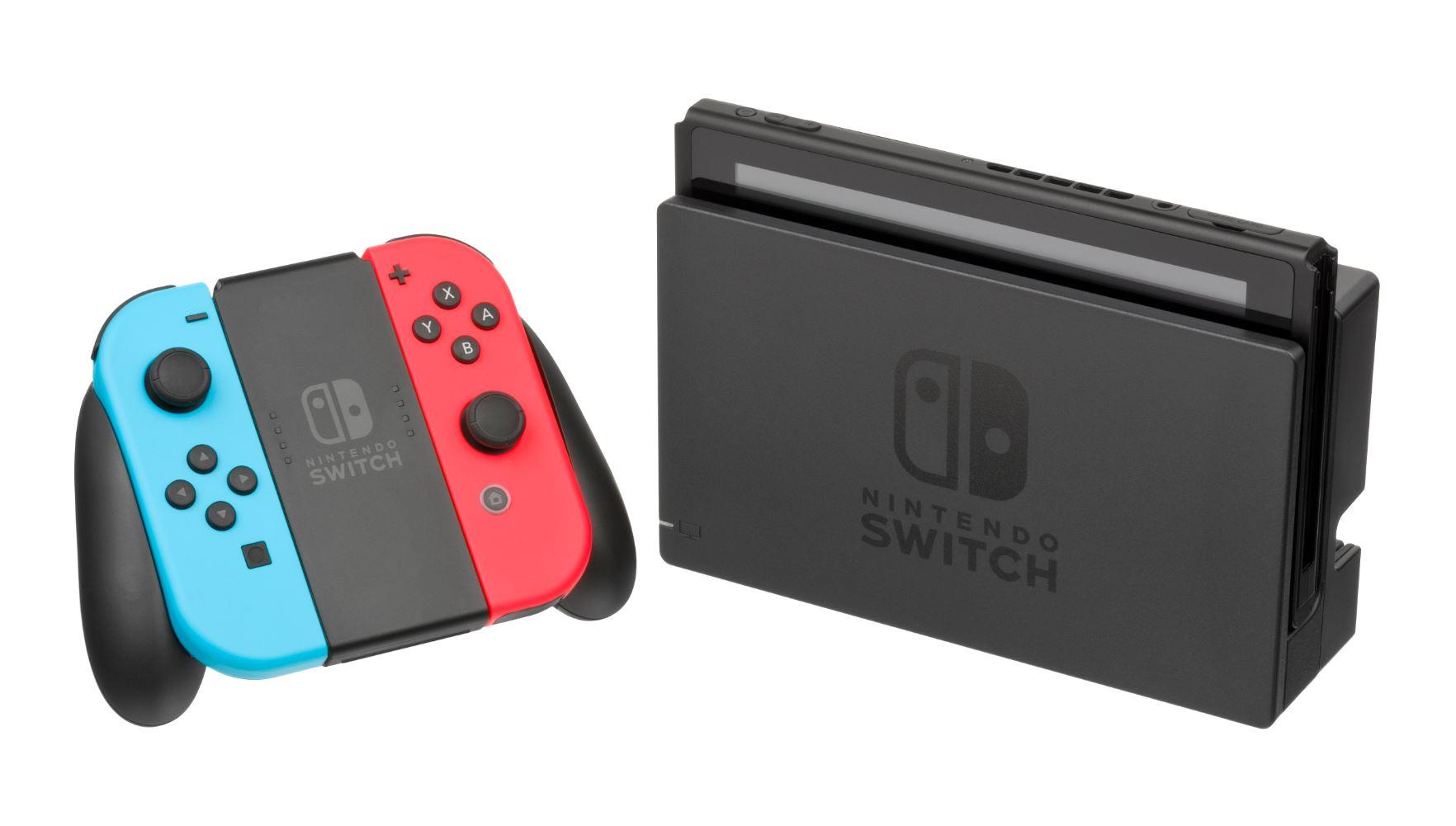 Fans speculate that the upcoming version of the Switch could remove the system’s console dock and cartridge slot.
https://en.wikipedia.org/wiki/File:Nintendo-Switch-Console-Docked-wJoyConRB.jpg

While no details have yet been released as to what features the updated Switch will remove, some fans have speculated that the system could do without its console dock and cartridge slot, as Nintendo continues to move forward with its new, online services and DLC content.

While the company had a massively successful 2018, they have since cut their projected sales for the upcoming quarter, slashing Switch forecasts from 20 million units to 17 million units – which may have prompted this smaller, more affordable version of the console.